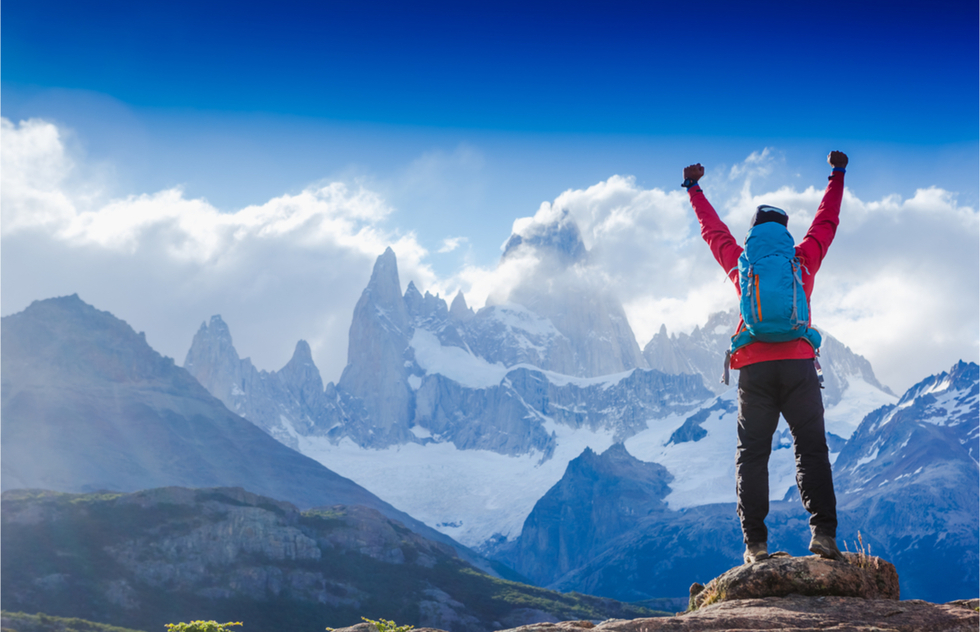 A Comprehensive, Step-by-Step Guide to Traveling Again After the Pandemic

It kicked us all in the ass, too, no doubt about it. But the year's central lesson, the one that gnawed at our fearful inner cores no matter our walk of life, was a cosmic one.

It can all be taken away in an instant.

Health, freedom to travel, stability, comfort, trust—none are promised. So as truckloads of vaccine doses filter out to every community and the cogs of the world machine struggle to grind back to life, we must never forget what 2020 taught us: It can all vanish, because it did.

We now see life in a way that not every generation has been lucky enough to be shown. We will never perceive our advantages in the same way again, nor should we.

As you begin to release your pent-up yearning for travel, you may feel some anxiety. That's normal. We've all been living small, eyeing the outside world with suspicion, denying our dreams. Our most blissful senses must be coaxed out of atrophy.

When you feel ready to fantasize about travel again and chart the course of your next adventures, I just ask you to do one thing.

Throw away your old bucket list. You've changed. You need a new one.

Your new travel bucket list, the one that was formed in the crucible of the pandemic, will probably feel more urgent than the one you would have made last year.

You will soon be able to go almost anywhere you want again, only this time, you carry within you the changes of 2020.

Your future can be born from any seed. When Mother Teresa died in 1997, I watched her funeral on TV in a windowless room of my walk-up tenement apartment on Ninth Avenue in New York City's West Chelsea neighborhood. At the time, I worked as an underpaid flunky in an abusive corporate job, and it was clear from all available evidence that I had no professional future to speak of. I remember that in the minutes before the nun's ceremony, CNN aired a long shot of Calcutta (now Kolkata) taken from the roof of a distant building.

From far away, figures from across the city were shown hurrying across a park to join the funeral. I remember thinking, I want to see what they see. Each of those specks was a human being with a name and something to say, and to each of them, that park was as familiar as that windowless room was to me. My cloistered version of reality needed expanding. I suddenly recognized a yearning to know that park as a real thing with its own smells, lights, and sounds, and not as a series of images on a screen.

A few months later, after that forgettable flutter of dissatisfied yearning, I did it. I quit my job to embark on a shoestring backpack journey. At first, the only place on my must-see list was Calcutta, but it didn't take me long to figure out that I might as well make a list of all the other places I thought I'd never see, too. From Petra to Uluru, no destination was too fanciful.

The resulting trip, accomplished on the budget of a guy with no discernible professional future and no reason to think he should ever go to such places, would last nearly two years and take me to 39 countries—including India.

Imagine that—a puny little observation wound up changing the course of my life simply because, with nothing else to lose, I was able to let go and let it happen.

2020 was our shared nothing-to-lose moment and our collective calamity that will give all of our next steps more weight. We must promise to never go back to the routine that we took for granted before.

Listen everywhere for your new, personal travel inspiration. It could be as close as that waterfall you've been meaning to visit at a nearby state park, or as exotic as the Potala Palace of Lhasa. There’s travel inspiration in passing mentions on TV shows, in names of the forgotten towns your ancestors knew, in faraway sports teams, in single unfamiliar words in the books you read, and even in the global headlines. Stay alert to what stirs you on social media, in your favorite hobbies, and in music.

There’s also inspiration in procrastination—because every time you ever saw a picture and said, “Boy, I wish I could go there someday,” you were actually quieting your dreams before your heart could promise to see them through.

There's even inspiration in moments of pleasure passed over without thinking, like the time you had the best-tasting oyster (or wine, or fruit, or you name it) you ever ate at that restaurant you went to that one time. That oyster might have been brought from a place you have never seen. At any moment—any moment of your choosing—you have it in your power to go straight to where that oyster came from, wade into the sea, and pluck a fresh one from new waters.

2020 told us there is no other moment for you to resolve to be who you thought you'd never be.

So I have developed a step-by-step guide to making that new list of places you'd like to go.

Step one: Write down the names of all the places you assumed you'd never get to see before you die.