For aviation geeks (like me), the day that the Airline Reporting Corporation releases its annual survey of airfares feels like a birthday—one on which you don’t get any older. And this year, I felt like I was getting miraculously younger because the ARC joined forces with the Expedia family of brands to put out one lollapalooza of a survey.

Together, the computers of these two travel giants sifted through some 18 billion fare transactions (10 billion from the ARC, which is the middleman between bricks-and-mortar travel agencies and the airlines; and 8 billion from the Expedia group) to see what the trends were, in both pricing and the timing of tickets. What they discovered could make the difference between paying too much for a ticket and getting a deal.

Here’s how it breaks down:

What day to book: Two years ago, Tuesdays were the magical days on which travelers got the best airfare deals. That has now shifted, and statistically those who book their fares over the weekend (either Saturday or Sunday) tend to pay the lowest rates. And let me clarify: I’m not talking about the day you fly, but the day on which you pay for the ticket. In some cases, that amounts to a savings of nearly 20% over those tickets bought on a weekday. The researchers noted that most business travel is purchased during the week, which may be why prices tend to tick up then.


How Far in Advance to Book:  Last-minute travelers get bonked, as do those who purchase travel ten or eleven months in advance. In general, those travelers who book in the sweet spot tend to pay the least. But that sweet spot shifts depending on where you’re flying. In a nutshell:

For most of these routes, the savings are significant, at 11% to 13%, but those who hit the sweet spot for Africa and the Middle East tend to save a giant 24% off the cost of a ticket.

What’s the Overall Outlook for Airfares? Again, this shifts depending on where you’re flying, but globally airfares declined 8% from 2014 to 2015, with the biggest drops coming for intra-European airfares. So, if you’ve ever wanted to jet around Europe, the decrease in pricing (fares are down an average of 18%) mixed with the decline in the value of the euro against the U.S. dollar, make this an ideal year to do so.

Airfares within North America are down only 5%, likely due to the lack of competition on these shores, but here’s hoping that the drop in the cost of oil pushes them down further. 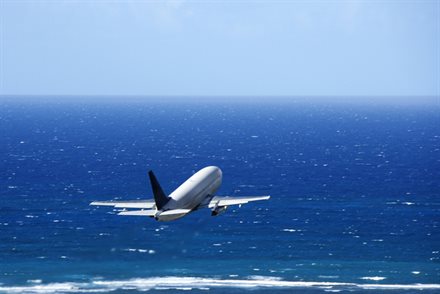