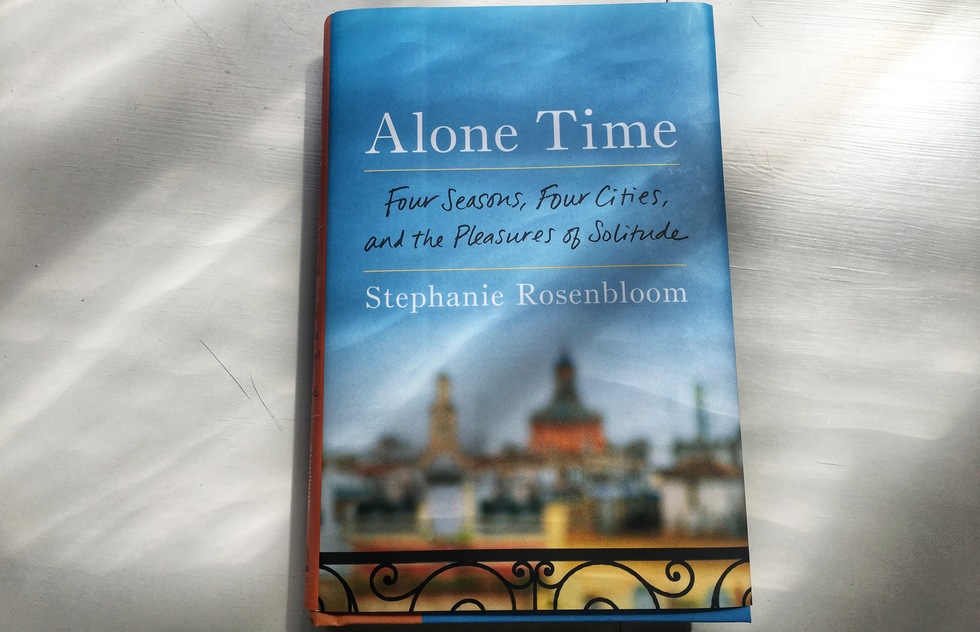 A New Book Makes a Compelling Case for Traveling Alone

Are you traveling with your spouse, your girlfriend, boyfriend, or best friend soon?

If you’d read Stephanie Rosenbloom’s new book Alone Time: Four Seasons, Four Cities, and the Pleasures of Solitude, you might have thought twice about inviting anyone along on your adventure. Rosenbloom, a travel columnist for The New York Times, makes a compelling case for vacationing alone.

She does so in a book that flits from Paris to Florence to Istanbul to New York City (the four cities in the title) but, more importantly, journeys into the world of the social sciences. Rosenbloom is an avid student of psychology, history, and sociology, and is able to weave into the text history and the latest scientific studies, transforming the work from a travel tome into a guide to living well.

To give an example: Psychologists have found that those skilled at enjoying the present moment, or "savoring" as Rosenbloom puts it, are less likely to experience depression and stress. According to those same studies, savoring is a skill that can be acquired. And it is easier to acquire when one is in a new place; and can concentrate on one's five senses (rather than being distracted by something like a conversation), as one does during solo travel.

Her travelogue of Paris is dotted with "savored moments" that others might dread, like going to a restaurant or museum alone. Rosenbloom, in unfussy but luminous prose, illustrates how those experiences are enhanced by solitude. She also throws in fascinating asides on early 20th-century laws that made it illegal for women to dine in public without a companion.

As she takes the reader through the other cities in the book, more revelations follow, including how to goose one’s normal "baseline for happiness" and how to turn periods spent at home into mini vacations.

The last chapter is a highly practical one, with dozens of resources for going it alone, including for finding single rooms, apps for hiking, insurance policies, and much more.

I must end this review with a disclosure. I've known Stephanie Rosenbloom for several years now, and I have interviewed her numerous times for the radio show on travel I host. Last year, she asked if I would write a blurb for the back of this book, and I told her that I could only agree after I'd read it. I received an early manuscript and was blown away. You’ll see a short quote from me on the back of the book. But please note that neither I, nor Frommer Media LLC, had anything to do with the publication of the guide. I’m simply proud to have my words on the back cover of this truly transporting travelogue.
Arts and Culture
Local Experiences
Outdoor & Adventure
Road Trips
Single
Women