I just had the pleasure of co-hosting our radio show with Samantha Brown, Travel Channel star par extraordinaire. (You can hear the podcast here). Whenever I chat with Samantha, I learn something new. Today what I learned was distressing.

Sam noticed that when she recently flew to Germany, the only ATMs available in the airport terminal were those run not by a bank, but by the currency exchange company Travelex. Investigating it further, she learned that Travelex has managed to boot all of the bank ATMs out of the airports of Europe. Today, when you land in London/Heathrow, Madrid/Barajas, Paris/De Gaulle, or any other major European airport, your only options for getting euros (or pounds) will be one of the currency exchange counters, or an ATM run by one of these exchange companies.

Travel guru Ed Perkins has also been on the case. By checking the worldwide Mastercard and Visa ATM locators online, he found that the only major European airport to still have an ATM run by a major bank is Dublin's airport. 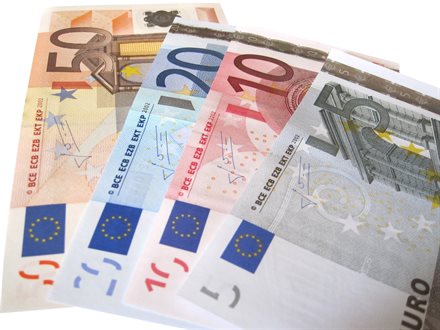 So why is this a problem? Because while the currency exchange outfit's ATM's don't charge a fee for use of the ATM, they employ a crappy exchange rate. Perkins and Nerd Wallet estimate that Travelex regularly pays out 10% to 11% less than the going exchange rate. With a standard bank machine (ie one operated by Barclays or HSBC or some other large bank), travelers rarely lose more than 3% in the exchange.

So what's the traveler to do?