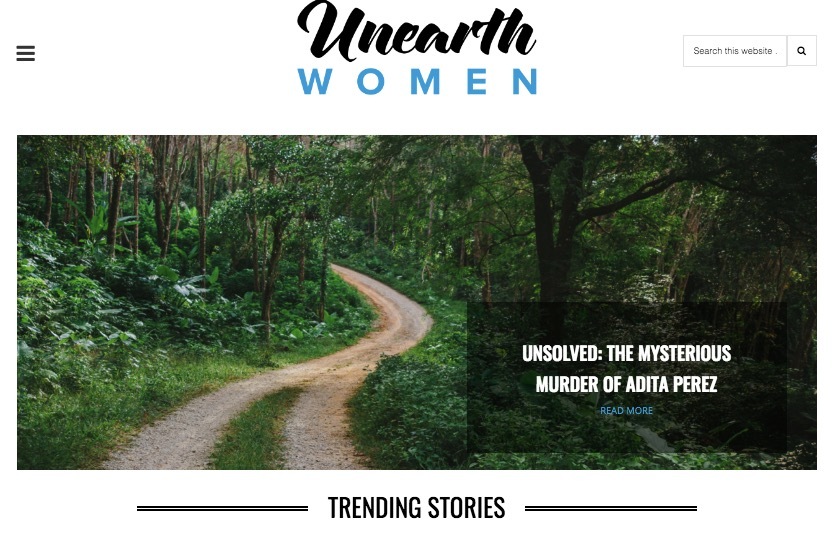 A New Women's Travel Magazine Hits the Newsstands (and the Internet)

A new travel magazine debuted this month, called Unearth Women. I spoke with Nikki Vargas, its Editor-In-Chief and co-founder, about what the first issue holds, and what this new publication promises to female travelers down the line.
Pauline Frommer: Why do women need their own magazine? Why can’t they just read Afar, or Condé Nast Traveler, or one of the other travel magazines out there?
Nikki Vargas: It’s an excellent question. What I feel is that there are particular needs that women travelers deal with that their counterparts, male travelers, may not need to deal with. So with this publication, we hope to create useful travel guides and really address the issues female travelers will experience abroad.… [That may be] something as simple as being a solo traveler, and being a woman in a country that you’re not very familiar with, and not knowing where to connect with other women.
Frommer: The magazine Unearth Women is available on newsstands as well as on the web. Is there a difference between what people will read on your website and what they’ll get in print?
Vargas: The print version and the digital version mirror each other. So if you look at UnearthWomen.com, you’ll notice that we have a section called “Unearthed.” That’s really the bread and butter of our brand… [as it allows us] to shine light on women’s issues around the world. All of these stories are written and curated by female journalists.

We also have a section called “Feminist City Guides” which, as the name suggests, are city guides tailored for female travelers and that spotlight women-owned businesses in cities around the world. And then we also have “Women to Watch,” where we profile women doing exciting things across the industry. In the first issue, you’ll find a feminist city guide to Buenos Aires, and you’ll find classic travel content, like our feature on Germany’s hidden wine country.
Frommer: You said that you were featuring women journalists, and for your first issue you got one of the greatest female journalists who ever lived: Gloria Steinem wrote for you. How exciting is that!
Vargas: We’re very, very excited to have the honor to publish Gloria Steinem’s work in our first issue, and to be able to feature [such authors as] Vice correspondent Isobel Yeung, New York Times best-selling author Amanda Lindhout, and United Nations Humanitarian award winner Rose Mapendo. These women represent what we want to achieve as a brand.
And I should mention that each issue is thematic, so [in the current] issue, the theme is resilience. [There's] Isobel, who reports on favela stories around the world, to Amanda Lindhout, who survived months of kidnapping in Somalia and then wrote a book which is now being turned into a Hollywood film. We feel that each of these women really captures the idea of resilience.
Frommer: I’ve gotta ask. What did Gloria Steinem write about?
Vargas: It’s about her first trip to India, so this is Gloria Steinem before she became the Gloria we all know and love and revere today. It’s a really unique piece because it speaks to the access women can have when traveling abroad…. In this particular case, she has a fantastic quote, and I’m paraphrasing here, where she talks about how she can one minute be talking with the men about politics and having a cigar, and then she could be with the women in the kitchen making Bengali sweets and accessing a deeper breadth of that Indian society.
Frommer: That’s so interesting because I often worry that, as a female traveler, some experiences are cut off from me, perhaps because I have to worry about safety in a way that male travelers don’t.
Vargas: That speaks to a larger trend in the travel industry, which is a focus on women-only travel and women’s groups. So, for example, Intrepid Travel has launched a women-only tour to Iran and we actually featured [its] tour guide. One of the interesting things about this tour is that the reason it’s women only is that you’re able to go to a park where local women take off their hijab, and it’s a female-only park. You’re able to go to beauty parlors and connect with local women in a real way in these private spaces where men aren’t allowed. And what we see with Gloria’s story, and with Isobel and her reporting for Vice, is there really is a power and benefit to being a woman traveling in the world.