By now, you likely have heard the story of elderly couple who were put off an Azamara Cruise ship in a small town in Turkey, when the 89-year-old husband fell and broke his hip. Complaining that they’d been abandoned by both the cruise and the insurance company, the couple was finally helped by their U.S. Senator, and transferred to a more adequate hospital in Istanbul. Here's a link for further background on that story.

Because the tale raises so many questions on the responsibility of travel providers, as well as the limits of insurance, I decided to interview an expert on the topic: Chris Harvey, the CEO of Squaremouth.com. Squaremouth is an online marketplace where vetted travel insurance companies sell their products directly to the public.

Pauline Frommer: Is it normal for cruise lines to simply leave a passenger in a port town if they get injured or sick?

Chris Harvey: That’s actually standard policy. The cruise lines don’t have adequate facilities on board to treat passengers with serious injuries or illnesses, so they always try get them off the ship as quickly as possible. With other types of situations, they do this to keep illnesses from spreading among the passengers.

Frommer: But why were the couple left in a place where no-one spoke English, and the care was iffy, instead of being immediately transferred, on-land, to a more appropriate facility?

Harvey: I don’t know, that’s part of the mysteries surrounding this case. The media has said that when they called their insurance company, the on-site care provider, On Call refused to provide transportation, which is very unusual. It’s downright odd, actually. I have to wonder if there wasn’t some sort of miscommunication.

Frommer: Could the problem be that they didn’t have evacuation insurance?

Harvey: You know, you’d be surprised by how many travel policies do include evacuation insurance. It’s usually not something you have to buy separately, as it’s included in so many standard policies.

But in this case, the couple bought their insurance from the cruise line directly, so it likely wasn’t included.

Frommer: How do you know that?

Harvey: In order to make more of a commission, the cruise lines tend to sell policies that have fewer areas of coverage. So while these policies cost the same as the usual policies do, they cover fewer potential problems. The cruise lines know that their usual passenger isn’t going to research what’s included and what isn’t in their policy, they just want to do what’s convenient and so they tick the box when asked if they want travel insurance. And since that policy isn’t more expensive than usual, they don’t think twice about it. 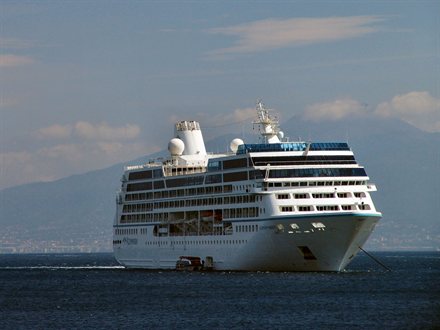 Frommer: Don’t most travelers choose policies simply based on price?

Harvey: Actually, we did a study of buying patterns on our site, and we found that only 13% of our customers were choosing the cheapest policies. The majority decided, after doing their research and seeing what was and wasn’t included in the policy, to spend a few dollars more to get more coverage. I think the difference is in the type of passenger. Those who buy blindly from the travel provider, whether it be a cruise line or a tour company, tend to get less comprehensive policies for the same price they would have paid for a better policy.

Frommer: One of the reasons this story made the papers, I think, is that it was dragged out so long before the couple were able to get adequate help and, eventually, go home. Is that common, even with people who have evacuation insurance with their policies?

Harvey:  Not at all common. There’s a myth that it costs the insurance companies hundreds of thousands of dollars to evacuate a customer. In reality, the evacuation, which is always from one hospital to your home hospital (or a better overseas hospital), will cost an average of $17,000 to $25,000. The insurance company does this as quickly as possible, because they don’t want you lingering abroad on their dime. Once you’re back at your home hospital, your normal insurance kicks in, and you’re no longer the problem of the travel insurance company. So they want to get you home as soon as they can.

Frommer: So I suppose the lesson here is: always do your research, so you know what you’re buying when you purchase travel insurance.