A Primer on Travel Insurance: When You Need It (And When You Don't), Misconceptions About Coverage, and New Trends 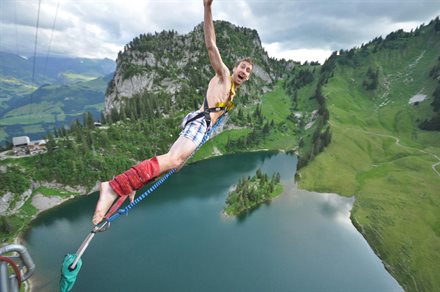 If there’s one lesson travelers have learned this winter it’s that even the best-laid plans can go badly wrong. Thanks to a season of unrelenting storms some 1 million flights were cancelled in United States this year.

Not surprisingly, the number of people buying travel insurance also went up this year, dramatically. Allianz Travel Insurance, one of the major players in the field, is reporting a 25% increase.

But before you run out to insure your next trip, it’s important to understand what insurance does and doesn’t cover; how to time your purchase; and what the trends are in the industry. I interviewed three experts to get the low-down on how travelers should be using insurance in 2014.

Why and Why Not to Get Travel Insurance

Nobody got anywhere faster this winter because they had insurance. But those who had it, and whose trips were delayed or cancelled, were likely less stressed than the rest of us. That’s because they were receiving both “ “travel delay benefits” and “trip interruption benefits”. The first covers the unexpected expenses a traveler amasses when a flight is cancelled or delayed for 6 hours or more: the cost of a hotel room, a cab to that hotel, meals until they can get home and more. Trip interruption benefits reimburse the traveler for the days of vacation they might be missing, say, the cost of 2 days of a 7 day tour or cruise; or 3 nights of a non-refundable home rental.

There’s one caveat, and it’s a big one: the benefits listed above are only provided if the traveler buys insurance at the right time. “The basic rule is that travel insurance covers an unforeseen event,” explains Dan Durazo, Director of Communications for Allianz Global Assistance. “If a storm has been named you can’t insure against delays because of it. Once something becomes a known event, it can’t be covered.”

And while it may make sense to buy insurance for the expensive items in travel, it may not make sense to insure a hotel stay, since most hotel bookings can be cancelled without penalty; or an airline flight (for the cost of the insurance, you might be able to pay a fee and change the date of travel). “I look at the risk factors involved in a vacation before I purchase insurance for it,” says Jim Grace, CEO of InsureMyTrip.com. “If it’s an inexpensive trip that’s coming up right away, I may not insure it.”

Interestingly, the top reason travelers do buy insurance has more to do with the months leading up to the trip than the trip itself. According to Durazo, 80% of Allianz’ customers make the purchase to protect their investment in case they can’t take the trip. “Someone might book a March cruise in June. That’s a long span of time when something could happen to prevent them from taking the vacation,” says Grace.

The Greatest Misconceptions About Travel Insurance

Many travelers fail to purchase insurance because they assume unforeseen expenses will be covered either by their credit card company, home owners insurance, or home medical insurance.

A credit card company will cover your loss if the travel supplier does not provide the contracted service. But, to give one example, if you’re on the way to a cruise and a delayed flight makes you miss your cruise departure, you’ll be out of luck: the cruiseline delivered on its promise, you just weren’t there in time to benefit.

Homeowners insurance will often cover the goods that you have with you (your luggage and the items in it), but the deductible can be so high, it may not make sense to  file a claim. “There’s a risk in putting too many claims on your homeowners insurance: they may cancel you. Or you might find that your monthly payment goes up,” says Grace. “Travel insurance is built for lost luggage issues. You have to be protective of your home owners insurance so you can use it when it’s important to do so.”

And while about 50% of American medical insurance policies do offer coverage during overseas travel, they generally won’t be able to help or reimburse you until you get back home. “Let’s say I get hurt out of the country. If I were to call my medical provider, they’d say give me a call when you’re back in country and we’ll deal with the claim then,” says Grace. “With a medical travel insurance policy, they have networks and doctors on call. If you don’t speak the language, they’ll get you a translator. They’ll be there to help you when you’re at your most vulnerable.”

Speaking of medical issues, many people assume that travel insurance won’t cover those with pre-existing conditions. Not so! If you buy your travel insurance close to the time you put your initial payment down on the trip (the time frame varies from 14 days to a month, differing by company and policy type), you will get coverage if your trick knee goes out in Cancun, or if you start having heart palpitations in Paris. The key is that you must be “medically able to travel” at the time the policy is purchased.

The final misconception with travel insurance? That cost equals value. “A lot of people veer away from the cheaper policies because they assume it won’t cover everything, but that’s not always the case,” says Chris Harvey, CEO of the travel insurance clearinghouse SquareMouth.com. “You really need to figure out what is and isn’t included, because often more expensive isn’t better.”

“Also remember that insurance is very demographics driven. Some companies are better if you’re in your 70’s, other offer better value to younger people. You need to shop around to find the sweet spot: a policy that’s right for you and the right price.”

A Growing Array of Inclusions

The biggest news in the realm of travel insurance is the number of items that are now being covered, including getting cold feet about travel. A type of insurance called “Cancel for Any Reason” didn’t even exist 5 years ago. Today it accounts for 15% of all policies sold, according to Harvey. Civil Unrest is also now covered as are such homey items as kennel and child care, should you be delayed and have to leave the care of the members of your family to others. Some policies will reimburse for missed ski and golf days, while others are popping up to cover those who are worried that a vacation may have to be delayed because of an extended school year, caused by all the snow. “Insurance companies are trying to create products that better match the lifestyle of their clients,” says Grace. “They’re getting quite creative!”