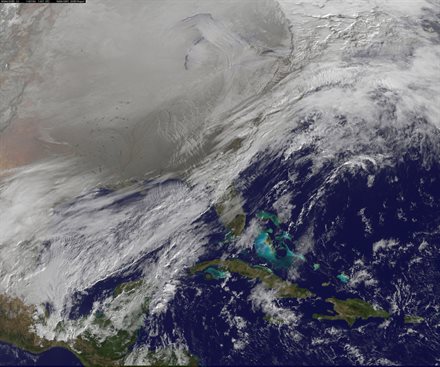 Its ugly at the airports of America this week with tens of thousands of travelers stranded. If you're one of them, or are scheduled to travel later today or tomorrow,  here are some tips:

-Keep checking your airline's website; it will be near impossible to get through be phone in many cases. And many airlines are now allowing passengers to check where the plane is coming from, so click that extra link because if that initial flight is delayed or cancelled, yours will likely be, too

-Use every resource you have at your disposal: By which I mean, if you're stuck at the airport, don't just stand on line at the counter, get on the phone to your airline. If you can't get through on the US number, call one of their international numbers. Those agents are able to help you just as well as the US based ones, and they won't be deluged with calls. Or buy a pass to the airline's lounge. Yes, it's a splurge but you'll be more comfortable and the agents that man the desk at the lounges--and are picked for their ability to handle the airline's most "elite" passengers---often have more clout than regular agents.

-Be persistent: With the airlines trying to re-book thousands of travelers, the situation will be very fluid. A flight that's full when you call at 10am may have space at 11am because another traveler has decided to take a train or has a change in their travel plans. So call every hour if you have to get where you're going.

-Consider other means of transportation like the bus, a car rental or the train. Yes, trains have been delayed by blowing snow in some parts of the country (most notably Chicago), but for the most part, they're moving without incident.

-If you can, switch your travel plans. The airlines are letting passengers do that without penalty

-Finally, if you're stranded somewhere, try and enjoy yourself. Heck, it might mean another day at the beach.

Photo credit: The Polar Vortex on January 6 by NASA Goddard Photo and Video