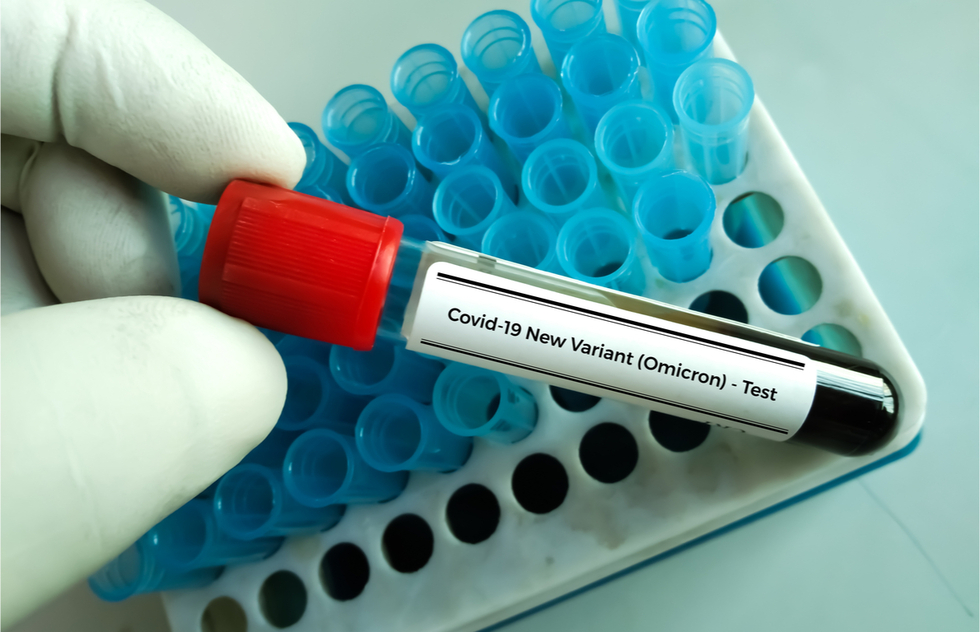 A Shortage of Covid-19 Tests in Europe and the U.S.A. Is Disrupting International Travel

Melissa Fike's December trip to Ireland, her first, was one of the best vacations she'd ever had—until its last 24 hours.

Over the course of two weeks, she and her boyfriend saw the highlights of the spectacular area known as the Wild Atlantic Way, spent a cozy Christmas with his family in County Clare, and fell in love with the Emerald Isle.

But midway though her final day in the country, her good time was halted by the requirement that those returning to the United States show a negative Covid-19 test taken within 24 hours of flying home.

Staff at her hotel and her boyfriend's Irish relatives had all assured her she'd be able to walk into one of the two clinics at Dublin's international airport and get tested on the spot. The clinics' websites also promised that no appointment would be needed.

But Fike, a longtime educator in the Denver school system, decided to double-check. So she called one of the airport clinics and discovered that contrary to their websites, they had stopped accepting walk-in clients and now were requiring advance reservations—and the soonest slot would be four days after she was scheduled to fly home.

"We immediately got into a cab and went to the airport, thinking they'd allow us if we showed up. We stood in line for an hour, but when we got to the front, they turned us away because we didn't have an appointment," she told me. "I was an absolute wreck. I thought, 'What if we can't get out of this country, and they shut down, and we get stuck here? What are we going to do?'"

Fike's situation has become a common one in the last several weeks, thanks to the fast-moving, highly transmissible Omicron variant.

With so many more people testing, requests have ballooned, and manufacturers and labs haven't been able to keep up. This presents huge issues for Americans who are traveling abroad but need to meet the requirements to fly home. (Negative tests results are currently required for arrivals into the United States by air, but not for land crossings.)

Fortune reports that the cost of a home test in Germany has spiked, that Italians are enduring hours-long waits at free testing clinics, and that it's become nearly impossible to get appointments for testing at local pharmacies in France.

London's The Guardian reports that home tests ran out across the British Isles and that testing appointments have been almost impossible to obtain: "There are ... currently no available appointments for PCR tests at walk-through or drive-through test sites in England and Northern Ireland, and only very few in Scotland, according to the government website."

Testing shortages have also been reported in the Netherlands, Portugal, and in Australia, among other nations.

In the United States, testing shortages make the news on a daily basis. President Biden has promised to send out millions of home tests, but it's unclear when that will happen. In the meantime, travelers scheduled to visit countries with testing requirements are finding it difficult to comply.

In response, two weeks ago we published an article on eight places to look for Covid-19 tests here in the United States. But what are the best resources for travelers in other countries?

If you have purchased travel insurance, your insurer may be able to help.

"Most travel insurance plans include a 24/7 global travel assistance service to help with any number of travel issues/questions ranging from locating doctors to offering concierge services, and to helping with travel logistics," said Stan Sandberg, founder of the insurance marketplace site TravelInsurance.com, by email. "I am not aware of any offering special assistance with tracking down Covid testing. But I suspect many of the assistance companies providing these services are starting to build a knowledge base around it."

"Our travel assistance team would book a test [when] it [is] possible for a third party to do so," Durazo told me. "If not, they would provide the information to the customer. American customers call into our U.S.-based travel assistance team. It is possible that our team may know of [testing] options from previous customer requests, but if not, they would research options and contact our colleagues in other countries if needed."

However, travel insurance will not help travelers who are stranded because they failed to obtain a test, according to both Sandberg and Durazo.

If travelers are stuck and can't find tests, turning to governmental sources of travel information can also turn up potential sources.

An official with the U.S. State Department told me in an email that "the Department of State provides country-specific information and advice regarding Covid-19 on each U.S. Embassy website, which generally includes information on Covid-19 testing availability. We update these resources whenever we receive new information, and encourage U.S. citizens to review these resources frequently, especially before travel."

In fact, it was Fike's decision to go to a government website that finally turned her Irish luck around.

After calling clinics for several hours and finding no reservations available in the limited testing window she had, Fike finally went to the site of the U.S. Embassy in Dublin, where she learned about one clinic, among the many listed, that could take her and her boyfriend the morning of their flight.

They took the test at 9:30am and were on a shuttle to the airport for her 12:30pm flight when they learned they both tested negative.

Still, the hassles didn't end there.

On the shuttle, they repeatedly tried to load their results onto the VeriFLY app, which Aer Lingus uses as a required part of the pre-boarding procedure. The upload worked for Fike, but not her boyfriend, and when they reached the airport, they learned that the VeriFLY system had crashed. There were hours-long lines to get through both customs and security.

The couple made it to their gate at 12:30pm, assuming that the doors would be shut. Though no announcement was made, the plane had delayed its takeoff to account for the chaos at the airport.

Fike got on board—and made it home.

"Things are changing so fast and there's a lot of misinformation," Fike told me. "If we'd known there would be a testing shortage, we would have made a [testing] reservation the day we landed. So I guess my advice to all travelers right now is to keep checking [the protocols and requirements]. I would return to Ireland tomorrow, it was so great! But this time, I'd be more vigilant."