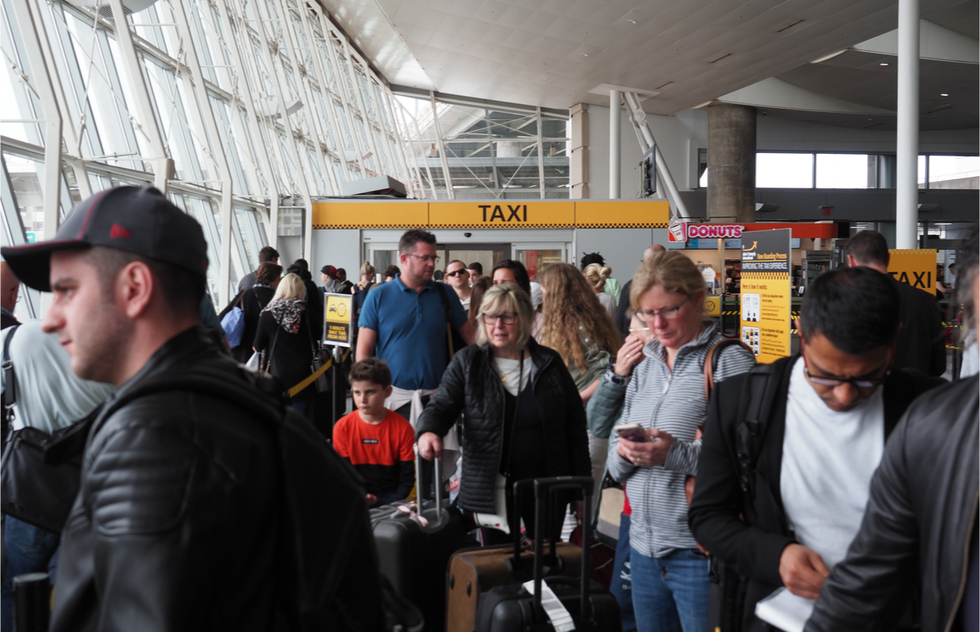 A Taxi and Uber Shortage Is Making Airport Transfers Hard: Here's What to Do

In many American cities this summer, the line for taxis is making the TSA queue look short by comparison.

The wait for rideshare services like Uber and Lyft isn't much better—and their prices are soaring.

Just how bad is the shortage? In New York City, the number of taxis in operation has been slashed by more than 50%, according to the New York Times.

The Las Vegas Sun reports rates for Ubers from McCarren International Airport to Strip hotels have doubled. Waits of an hour just to get a car are common.

In city after city, drivers stopped doing this type of work during the pandemic, and many have not returned.

KCRW reported that in Los Angeles, a passenger recently paid $80 for an 8-minute trip and had to wait half an hour for the ride to show up. Problems with taxis and rideshares have been making the news in Chicago, Boston, and other cities around the country.

Just like so much of travel today, people who plan in advance will have a more carefree and affordable trip than those who try to wing it the way they did before 2020.

Here are my top strategies for getting to and from the airport this summer:

Consider a car service: They're not just for prom limos! Many car services will have regular sedans as well as luxury limos, and their prices are often the equivalent of taxis. Best of all: Because they're scheduled, you'll know they'll be waiting for you when you get out of the plane.

In every Frommer's guidebook (available in print and as ebooks), we recommend specific local car services that have been vetted for pricing and service.

Of the large, multi-state services, Go Airlink Shuttle seems to be operating its shared vans in most of the cities it is in, but SuperShuttle (another big, multi-airport player) is only operating private cars right now, and those tend to be pricier than other car services. The limited offerings (private drivers, not shared shuttles) are the same with multi-city shuttle operator Mears Transportation.

Beyond those big players are hundreds of local shuttle services, some of which have returned to the road. Using one of these shared services can cut the cost of transportation by 40% or more, when compared to 2021 prices from a taxi, Uber, or car service—but only if they're running.

Use public transportation: In a few cities—I'm looking at you, San Francisco and Chicago!—the train is the fastest and most convenient way to get from your arrival terminal into the heart of the city.

Even in U.S. cities that aren't so conveniently planned, public transportation will still be the most cost-effective way to travel, though sometimes there are stairs and crowds to navigate, and sporadic schedules can waste valuable vacation time.

To find out if public transportation will make sense, try the website Rome2Rio. First, you'll key in the airport and city names, and in one click you'll have a list of options showing the cost, and how much time, each form of transportation will take.

Try a car sharing service that isn't Uber or Lyft. They do exist, and many have eschewed surge pricing in an attempt to compete. The most established of these new services include Alto (now operating in Dallas, Houston, and Los Angeles); Holoholo in Hawaii; and The Drivers Co-operative (New York City). You can find other locally based ridesharing service in some 30 cities through the app Migo.

Or you might turn your next taxi journey into a rideshare-like experience—but without surge pricing. The Curb app allows travelers to book taxis up to 24 hours in advance. It works in 65 U.S. cities; in several of them, it notifies riders in advance how much the ride will cost.