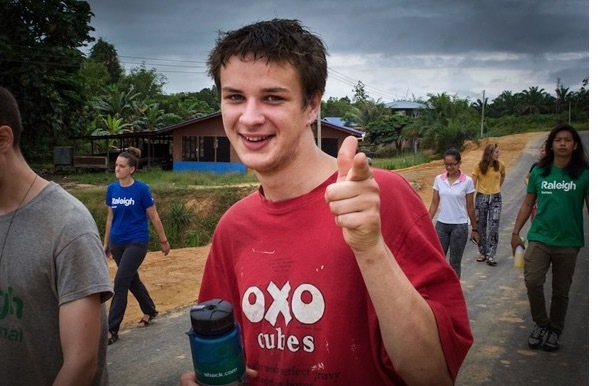 What happened to Kit Mallinson was the nightmare every parent has when they send their child away on a trip.

Last December, the 18-year-old backpacker from Dorset, England, boarded a night bus in Cambodia to visit Angkor Wat. He had just completed a seven-week engagement as a volunteer building clean water pipes in Borneo, and he wasn't feeling very well, so he hoped the overnight trip would give him a chance to rest for the adventures ahead. He took a pill and went to sleep.

He was found in his seat, unresponsive. The bus company summoned an ambulance for a private hospital, but when medics arrived, they refused to help him because they couldn't find evidence of his medical insurance.

A day passed before anyone notified the British Embassy. By the time he was finally taken to a hospital, it was too late.

A coroner's inquest in the United Kingdom determined that Mallinson had succumbed to a basic error: He had taken both codeine and benzodiazepine, which interacted to kill him. The medics arrived with enough time to probably save his life, but because they weren't satisfied with his documentation, he died instead, and for reasons no one understands—perhaps embarrassment, perhaps callousness—locals dragged their feet in notifying anyone until too much time had passed.

But Mallinson was insured. His papers were in his backpack the entire time—the medics simply didn't find them.

The tragedy is the definition of senseless, from the error in medication to the bungled treatment.

But if there's any lesson to be taken away, it's to always keep your proof of medical insurance somewhere easy to find. Ideally, that means in your wallet or a money belt that stays with your person, along with your passport.

Had the medics easily found his policy and seen his proof of ability to pay, Kit Mallinson would likely still be alive today. It can be a brutal world, and denying a tourist lifesaving medical care over a few dollars makes it unnecessarily more brutal, so it's essential that travelers are proactive about the remote chance of sudden illness. Place proof of your national identity and medical coverage in place where it can be easily found if you become incapacitated.

Mallinson was in Asia to volunteer with Raleigh International. His parents have set up a memorial fundraising page for that charity at this link.