Airport and Airplane Etiquette: An Interview with "Mister Manners" Himself 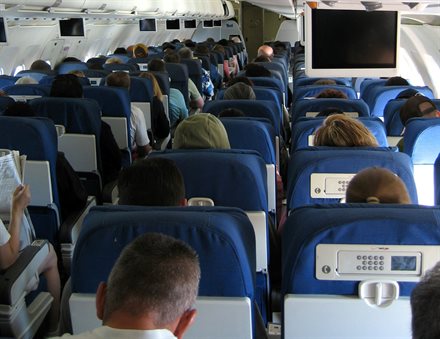 In the hopes of restoring some decorum to air travel I decided to interview “Mister Manners”, Thomas Farley. Farley is the author of “Modern Manners: The Thinking Person’s Guide to Social Graces” and helms the website Whatmannersmost.com. After an appropriately gracious greeting, I grilled him with the following questions.

Pauline Frommer: Why are manners particularly important when we fly?

Thomas Farley: Manners, at their most basic level, involve kindness, consideration, and following the ‘golden rule’. You’ll feel better if you act well to the people around you because you’ll get that behavior back at you. And that’s especially crucial when you’re in a place as stressful as the airport.

Frommer: I’ve found that power outlets in airports have become hubs of incivility, as people jockey for a place for their plug.

Farley: I’ve noticed that, too—some people camp out and take over four or five outlets to charge their cellphones, their laptops, their IPads, what have you! So don’t be a power glutton. If you see people circling, do some triage with your devices to see which one most needs the juice and share. Even better: arrive at the airport with your devices fully charged so you can be the good guy.

Frommer: But what do you do if you’re one of the people circling the outlet?

Farley: If there are none others free, it’s perfectly acceptable to go up and say, “I’m sorry, but I see you’re using three plugs and my phone is almost dead. Would it be okay if I used just one?” Most people want to be helpful and will comply. And if they’re not, well, you know you’ve been the better person; you’ve been polite.

Frommer: Let’s move to the plane itself. Who gets the armrest?

Frommer: What’s the etiquette for reclining your seat?

Farley: This is a big one for me, because I’ve got long legs so I’m aware of the pain that can ensue when someone treats their seat as a barcalounger and slams his seat down! Before you recline, take in the size of the person behind you. If it’s a small child, it won’t be a problem. If it’s a 6-foot-tall senior citizen, I’d choose not recline. And if you must recline, do it slowly so that you don’t catch the person off-guard. Don’t do it during meal service, obviously.

Frommer: Should you ask the permission of the person behind you before you recline?

Farley: It’s not common practice but it’s a lovely thing to do. Remember, you might get a “no” if you ask, which will leave you with no options. But if you want to ask permission, you get a gold star from me!

Farley: Don’t take too much! The overhead bin is designated, usually, for no more than three seats to share. If you’re using it all, you’re taking up too much space. And don’t plop your baggage in the first available bin as you board the plane. That’s very rude. Keep it as close as possible to where you’re sitting. If you’re an able person, help out others who are less able.

Farley: Remember that the flight crews, the people at security, the gate agents are all people, too. They’re dealing with every type of personality, and they’re often not paid well. Let them do their job without giving them attitude, and that way they’ll be able to do their job better and speed you through.

We’re approaching the busy summer travel season.  Good manners are the best survival tool a traveler can have at this time of year.