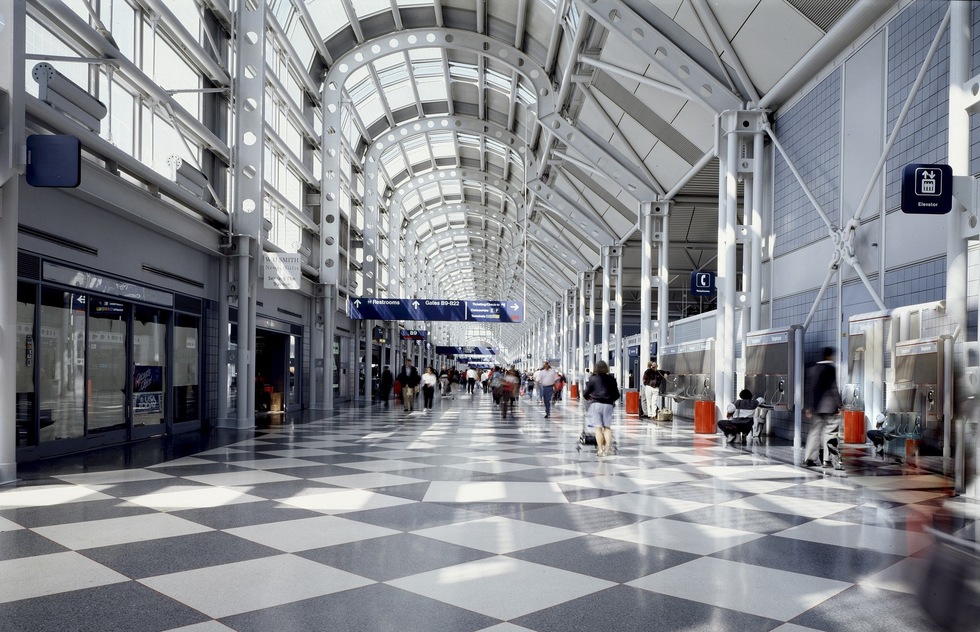 Airport Leadership Begs the US Government to Regulate Mask Usage

Much of the attention given to the issue of air travel safety in the time of Covid-19 has focused on the in-flight experience.

But airports, too, are gathering places for crowds, and thus also potentially dangerous.

That point was made last week by a man who would know: Kevin M. Burke, the North American President of the Airports Council International, the global, nonprofit trade group representing the world's airports.

In his testimony before the House Homeland Security Subcommittee on Transportation and Maritime Security, he bluntly asked the federal government for help keeping travelers safe: "We would welcome regulations on a temporary basis that you should wear a mask in an airport when you’re transferring through it," he said.

"If in fact you have to wear it on an airplane, you should be wearing it during your trip through the airport," he continued. "You can infect as many people without a mask going through an airport as you would getting on an airplane."

He spoke to The Hill following his testimony and remarked that not only would face coverings keep passengers and staff safer. They would also "re-instill confidence of those who work in or travel through America’s airports."

He also noted that the situation will become more difficult as more Americans take to the skies.

"Six-foot separation as people come back to the airports is going to be very, very difficult to keep and also to enforce. People will be bumping into each other," he said. "So, for them to remain safe, wearing masks is important."

It’s a tricky ask. Only one airport in the United States is federally owned. The rest are controlled by local, regional, or state authorities, so between them there's great disparity in mask requirements.

At Boston Logan Airport, Chicago’s O’Hare, and Los Angeles International, for example, masks are required for any person in the terminals. Not so for Houston’s George Bush Intercontinental Airport or Miami International Airport. At those two facilities, and others, masks are encouraged but not required, reflecting local laws.

The Federal Aviation Administration could conceivably step into this chaotic situation and issue blanket mask policies for all terminals. Because the agency certifies U.S. airports to operate, it regularly hands down other types of safety regulations, such as for runway lengths and construction protocols.

In Europe, the EU’s safety body handed down regulations for all member nations’ airports on May 21. The rules require passengers to wear masks in the airport and on planes. Additionally, passengers must enter airports alone; loved ones now say goodbye outside the facility. The EU also created booths for screening ill passengers in terminals, forbade food service and duty free sales aboard planes, and made other changes.

While airport regulations make up a small part of the strategies European nations have taken to fight Covid-19, it makes sense to take guidance from the European Union at this juncture, as its nations have been far more successful at tamping down the infection rate than the United States has been.

For the U.S., the key is political will, which seems to be lacking at the Department of Transportation, the agency that oversees the FAA and is headed by Elaine Chao.

Chao, who is married to Senate Majority Leader Mitch McConnell, has issued no public statements about the coronavirus since mid-April.

And while the DOT recently released a tool to help local transportation agencies keep up with current Centers for Disease Control recommendations, the department has yet to issue any directives or regulations to either the airline industry or to our nation’s airports, which is what led Burke to come to Congress to beg for guidance.

We’re overdue for federal leadership on this matter.

Just as blood courses through veins and arteries to all parts of the human body, the airports of the United States are an interconnected system nourishing the American economy. To allow each airport to make its own policies is madness. Reduced flight schedules are forcing many travelers to take multiple flights to reach their destinations, which makes them pass through multiple airports on each trip.

Having mismatched protocols at each airport, not to mention on each airline, not only endangers passengers. It undercuts trust in the system—something that’s badly needed if the travel industry is ever to recover.