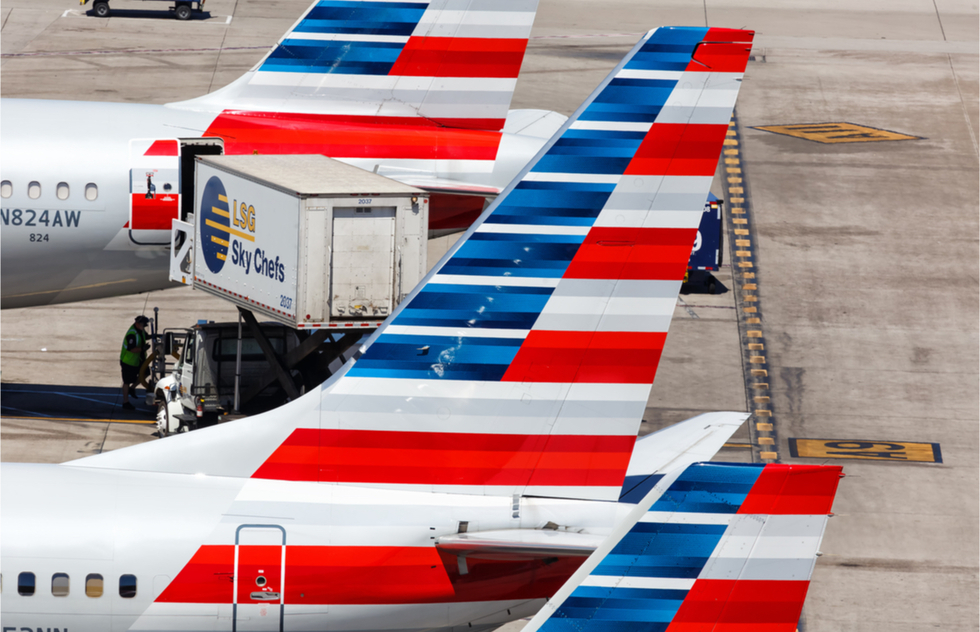 On Friday, June 26, the United States registered a new single-day record in coronavirus infections—more than 40,000, many of them in young people who exhibit no symptoms.

Hours before, a U.S. government official said that the actual infection rate may be as much as 10 times higher than what we know.

What a great day for American Airlines to announce that starting on Wednesday, July 1, flights will again be booked to full capacity!

After all, if you never know that the person rubbing shoulders with you is contagious, can you really prove where your infection even happened?

American Airlines, which has been running at a maximum capacity of 85% since April, is telling passengers they will be notified when it looks like their chosen flight will be maxed out. If passengers want to change flights, American claims they may do so with no added fees (although the price of the new ticket may be different). If all of the airline's fights are potentially full to capacity, though, it's hard to see how that would make a difference for a health-conscious customer.

Why is American doing this?

The company's balance sheet provides clues. American reported a $2.2 billion loss in the first quarter, and it's burning through $40 million a day, according to the Financial Times. For the sake of money, the airline needs to put travelers in seats. Every seat.

And filling every seat means that from now on, it's each passenger for herself or himself.

There's no disputing what the official advice is. The Centers for Disease Control has plainly told us to adjust our daily lives "to practice social or physical distancing," staying "at least 6 feet (about 2 arms’ length) from other people."

American's move brings it in line with United Airlines, which put a similar policy in place—to much criticism—in the spring.

To give you an idea of how they see the safety situation over at United, remember that CEO Scott Kirby has said that social distancing is impossible on planes anyway. He's said that even if he leaves middle seats empty, the nearest person is still less than 6 feet away.

It feels more accurate to say that what's impossible is allowing social distancing on airlines without losing money. With a business model that depends on volume, airlines can't stay in operation by giving us the kind of space that the Centers for Disease Control says we require.

So why bother? Fill 'em up and let the customers figure it out!

The airlines would be out of CDC compliance for gatherings on the ground.

But the companies aren't doing this without political cover.

As they retreat from creating the most proactively safe environments possible, U.S. government leaders have been claiming in press conferences that protective safety measures such as masks should be a matter of personal choice.

Although some U.S. airlines are still keeping middle seats empty (or trying to; here's a list of the policies as they now stand), carriers that defy social distancing guidelines are not just an American problem. Planes are also filling up in Europe.

Lufthansa, a German carrier that's also in deep financial distress, is stuffing bodies into its own cabins in an effort to stay aloft.

CNN covered one Lufthansa flight from Frankfurt to Porto. Looking around, a customer expressed shock: "I'm actually a little bit surprised because I thought actually based on the coronavirus, we are sitting very, very close," he said.

He's surprised because he assumed the airlines would never put him in a position that wasn't 100% safe.

And they will if their financial survival depends on it. United's CEO has already told you he can't keep you perfectly safe.

As safety protocols degrade to the point where they have become a matter of "personal choice," airlines have effectively determined that what you choose to do now will be your own problem.

Update, July 1: During a Senate health committe meaning, the director of the U.S. Centers for Disease Control and Preventio shamed American Airlines and United Airlines for deciding to fill flights. "There was substantial disappointment with American Airlines," said Dr. Robert Redfield. “I can say this is under critical review by us at CDC. We don’t think it’s the right message.” That dismay was echoed by the government's top infectious disease expert, Dr. Anthony Fauci: "I’m not sure what went into that decision making,” Fauci told the Senate panel. “I think in the confines of an airplane that becomes even more problematic.”