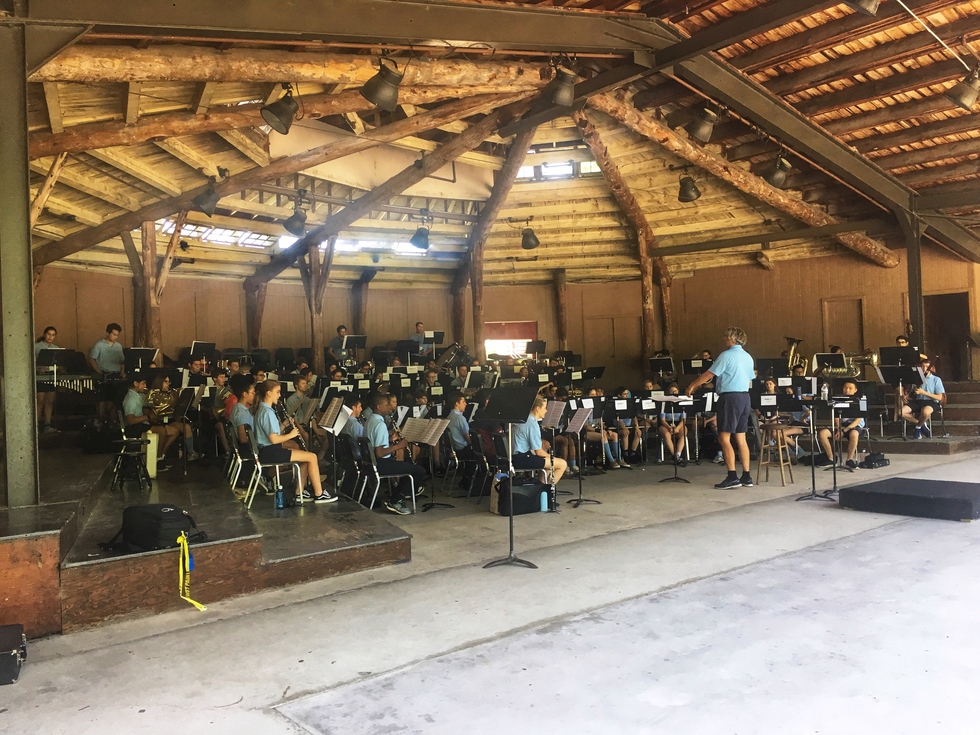 Proust had his madeleines. But for me, the sight of a vanilla-and-chocolate swirled cone being served through a window marked “Melody Freeze” was a memory prompt.

With the first lick, I was 14 years old again, at a time in my life when music and theater meant everything. I was at Interlochen, known in my adolescence as the National Music Camp, a place I’d once thought was only for kids like me. But as an adult, I learned I was wrong.

Interlochen Arts Academy is a year-round cultural institution in Northern Michigan, right outside Traverse City, founded in 1928. In the summer, it’s a camp for grades 3 through 12; during the rest of the year, it's a highly respected boarding school for high schoolers.

In my day, coming here for the summer meant an eight-week commitment, but today, kids' programs range from one-week intensives to three-week and six-week sessions.

Admission is competitive, requiring an audition. While the majority of the students are musicians (jazz, classical, singer/songwriters, and production), as they were when I was a kid, in recent years the theater program has become even more robust, and so have the dance, visual arts, video production, and creative writing tracks.

So it’s a superb place to send your artistically inclined offspring. But what came as a surprise on my visit this week was how satisfying it was for an adult.

Teaching and directing them are faculty from Juilliard, Berklee College of Music, Rice and Indiana Universities, and other top schools.

I saw one of the 250 performances that take place each summer, and though it was a classical music program, it had the verve and electricity of a rock concert (and the screaming ovation for the violin soloists certainly sounded like that type of event). The performances of Interlochen’s top ensemble, the World Youth Symphony Orchestra, are broadcast on public radio, a forum that is a testament to their level of artistry.

In addition, Interlochen casts top professional actors for its annual Shakespeare Festival and brings in stadium-filling celebs such as Vince Gill, Diana Ross, Lady Antebellum, "Weird Al" Yankovic, and the Pacifica Quartet to blow the roof off the nicely intimate Kresge Auditorium. All performances are open to the public and reasonably priced.

Adults can also take summer classes, which I didn’t do, but I'd like to return for some. Many courses are musical, such as the wildly popular Ukulele Fest, a flute camp, a chamber music workshop, and intensives with world-class teachers. Other programs are visual arts workshops, theater programs, and more. I stepped into a fabric arts class that looked like a heckuva lot of fun.

I was there to do a radio broadcast from Traverse City, but a highlight of my time was reuniting with an old friend from my teenage days who comes most summers for a week to see performances, kayak, and wallow in the serenity of Northern Michigan.

In terms of vacation ideas, I think she’s onto something.