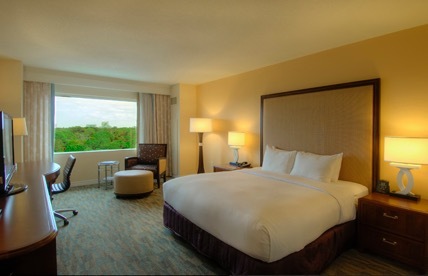 Arthur Frommer: Resort Fees are Immoral, But More Hotels Are Imposing Them

At a large and growing number of U.S. hotels, final room prices have recently risen by thirty to sixty dollars because of "resort charges" billed to hotel guests. This has happened despite the fact that these hotels are not resorts by any stretch of imagination. And guests are being charged for indoor swimming pools, fitness rooms, vending machines and parking—the usual justifications for resort charges—even though the guests in question made no use whatever of those facilities.
By this practice, the hotels are copying the tactics of the airline industry, which now earns billions of dollars a year from luggage charges, telephone calls to reservationists, seat selection, drinking water, and other privileges or facilities.

The difference is that airlines impose those charges for optional actions actually taken by the passenger. The hotel industry is charging for privileges and facilities of which the guest has made no use whatever.
And the worst thing about these resort charges is that most passengers are unaware of them until they come downstairs at the end of the stay and receive their bill. The hotel rarely advises the guest of the possibility of these extra charges upon booking and the guest is totally surprised by them.
In the waning days of the Obama administration, President Obama asked the Federal Trade Commission to enact regulations requiring that guests be carefully warned, in advance, about these possible fees.

But the F.T.C. enacted no such rule, and obviously the Trump administration will do nothing about them. In the meantime, hotels in New York City, Chicago, and Los Angeles are leading the nation in imposing such resort charges. Some resorts!
How can you avoid such charges? First, you can decide never to stay at a resort fee-charging hotel by carefully inquiring in your reservations call about them. A great many Americans are now doing that.
If you are lucky enough to possess a credit card whose issuer has arranged never to be used for resort charges, you can avoid these pesky penalties.
If you belong to a loyalty program of a particular hotel chain that promises to eliminate resort charges, you will then be exempt from them.
For the rest of us, we will rarely be free from such charges, though we carefully limit our use of hotel functions to sleeping in one of their beds.
Let me conclude with my own opinion that resort charges are totally unethical, immoral. The hotels imposing them should be censured and criticized, as loudly as possible. And the Federal Trade Commission should receive a letter from you, demanding that they take action to require advance notice of such charges before a would-be guest makes a reservation.