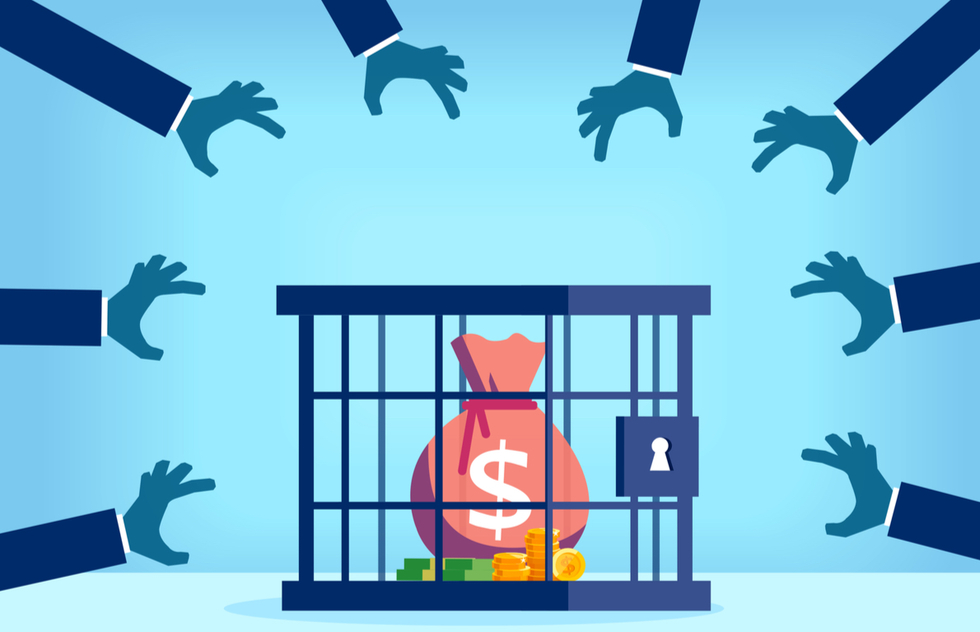 Beware: The Travel Industry Is Clinging to Your Money

Times are tough. We all know it. A lot of us aren't sure where the money will be coming from in a few months—and among the least sure are the businesses that sell travel.

That's why hotels, cruise lines, and airlines are coming up with new ways to avoid giving customers refunds. Those companies want to keep that money in the bank to see them through tough times.

But you need it, too. Make sure your money keeps working for you—and watch out for these current trends:

Under normal circumstances, these are some of the better bargains in hotel rooms: In exchange for a low price, you agree to everything being paid up front. That worked fine for most of us until a few weeks ago, but now, no one is quite sure when we're going to be traveling full steam ahead again.

Elaine Glusac in the New York Times warns that some hotels are only posting prepaid rates now. Some of these reservations come with the ability to cancel a day or so ahead, but many don't give you an out at all. This scheme is "effectively providing the hotel cash flow and putting the onus on the traveler to trigger a refund if canceled within the allowable window," writes Glusac.

Hotels are not going to be full any time soon. The rates are going to be excellent for the foreseeable future. In a buyer's market, there's no reason to give your money away months before you actually need to spend it.

Cruises granting credits instead of refunds for canceled sailings

Gene Sloan, a widely respected journalist who has covered the cruise industry for decades, warns on The Points Guy about cruise lines that cancel planned sailings and then push passengers toward vouchers instead of full refunds.

Many lines are dangling offers that go over and above what customers paid for their canceled vacations, such as a credit that's worth 125% of the value of what they originally paid, good for a future cruise.

But there are a few reasons you should not keep a few thousand bucks in a cruise line's bank account for later use, Sloan advises. One is that when cruising does pick up again, the deals are going to be sensational, and you want to have the flexibility to grab those deals where you see them, such as from a travel agent or a discounter. If the cruise line has your funds, you're stuck booking directly and may miss the hottest incentives that are surely coming down the pike.

Another big reason to avoid cruise credits, according to Sloan, is the financial state of travel companies themselves.

"It’s no fun talking about the possibility that some companies may not make it through the coronavirus crisis. But with each month that goes by that cruise ships aren’t sailing, the odds grow that at least one or two brands will fail," writes Sloan in his post. "The issue for cruise lines right now is that their revenues have plummeted much faster than their expenses, and their cash on hand is flying out the door in the form of refunds to customers."

If a business is in possession of your funds when it declares bankruptcy, what do you think are the chances of ever seeing that money again?

Airlines that issue vouchers instead of refunds

The European Union is already laying down the law on this. Carriers on the Continent are begging the EU to relax the refund laws so they can keep holding onto customers' payments until they're ready to fly again. With mounting liquidity problems, European airlines say they can't afford to keep cutting checks for inconvenienced customers.

But the EU has told those carriers, essentially, that's too bad, because customers are entitled to refunds for canceled flights. The EU has indicated that it will cut breaks for the airlines in other ways instead.

In the United States, a similar edict has been issued by the Department of Transportation. It says customers may receive refunds for canceled flights as well as for schedule changes they deem inconvenient.

That's all very well, but the DOT did not set a deadline for the U.S. carriers to issue those refunds—in fact, by leaving it to the airlines to police themselves, the agency seemed to signal that it might not even enforce the demand at all. And the DOT rule only covers flights changed by the airlines; it does not apply if passengers cancel their plans because they don't want to fly anymore.

Ticketing sites, too, are holding onto your money. Ticketmaster's policy used to be that if a show was postponed, customers could get their money back. Overnight, it revised its policy so that postponed events no longer qualify for refunds. Ticket marketplace StubHub has been frank about the solvency troubles it faces: "It is currently impossible for us to offer immediate cash refunds to all buyers," a representative of the site told the press.

Bottom line: Be extremely wary of any situation that has you handing lots of money over to a travel seller unless you're positive of the health of the business and that you'll be using your funds very soon. If the aftereffects of September 11 are any guide, when you begin traveling again, the bargains are likely to be worth waiting for anyway.

You are not obligated to be the solution to any company's liquidity issues.