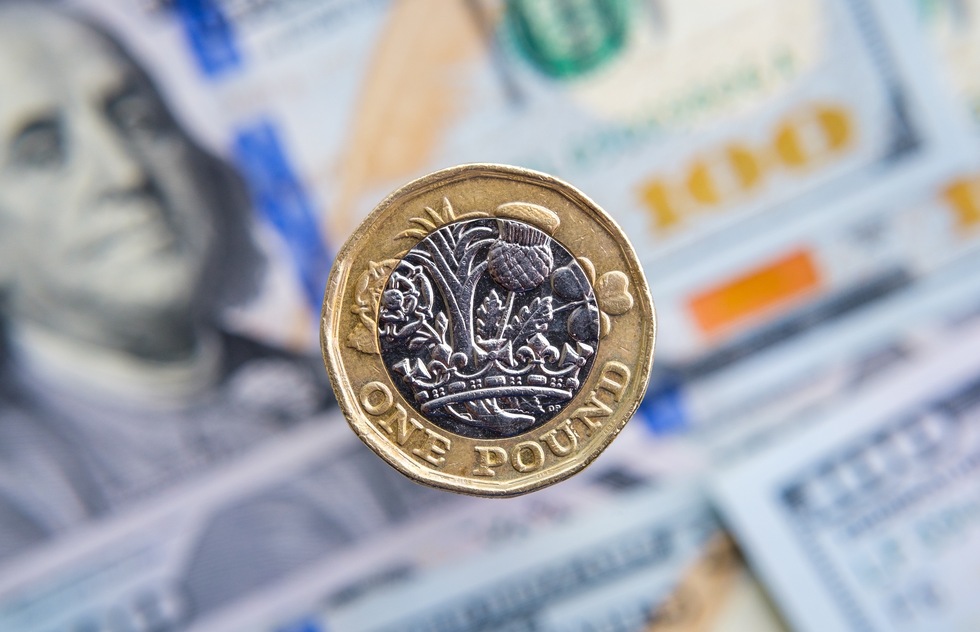 British Pound at Lowest Value Against Dollar Since 1985: Is It Time to Visit?

This week, the United Kingdom's government, beset by financial issues, announced a slate of tax cuts for the wealthy and increased spending. The market instantly slid, and the exchange rate for the pound is hitting historic lows.

The value of the British pound is now at a level that hasn't been seen for 37 years.

See how the value of the pound has tumbled by more than half in 10 years on this graph from the exchange calculator XE.com. 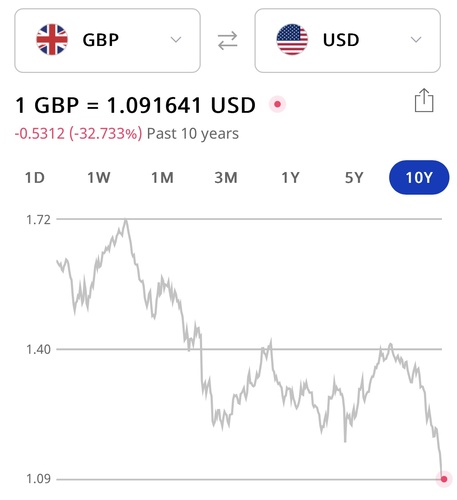 And things may get even worse for the pound.

"Between Brexit, how far the Bank of England got behind the curve and now these fiscal policies, I think Britain will be remembered for having pursued the worst macroeconomic policies of any major country in a long time," Summers said on a Bloomberg TV show.

Summers even warned that the pound may droop below parity with the U.S. dollar, meaning an even 1:1 exchange. Banking observers now say the chances of parity with the dollar are higher than they have been in a generation.

If the weak pound results in more affordable tourism and increased visitor numbers, Britain could use the business.

Surging energy prices in the U.K., where winter heating bills have been projected to double or even triple, threaten to close many small businesses and have resulted in emergency price-capping measures by the government.

The euro, which is the dominant currency of Western Europe, is suffering its own slump. After years of being worth more than the dollar, a single euro can now be purchased for just 97 cents of the U.S. greenback.

Let's not be overly naive about the turbulence in the world market. Things are a mess and if the slide continues, it could spell trouble for all of us. Global inflation, rising interest rates, war, and hobbled shipping routes are pushing systems into a more volatile gear. We should ensure we are financially prepared for the negative environment that those shifts could portend.

But for this moment, it hasn't been this inexpensive for Americans to visit the United Kingdom in decades, and if you're in the financial position to travel this autumn, the climate for getting more for your dollar has rarely been better—and injecting U.S. dollars into the British tourism industry can benefit locals on the ground.

Over the coming year, the U.K. will host one of the biggest tourist events of our lifetime, the coronation of King Charles III. The date has not yet been announced, but when it is, and if you'd like to be in London for the party, consider buying your hotel reservation while the value of the pound is so low.

Money and Fees
News
Other Discounts
Timing Your Trip