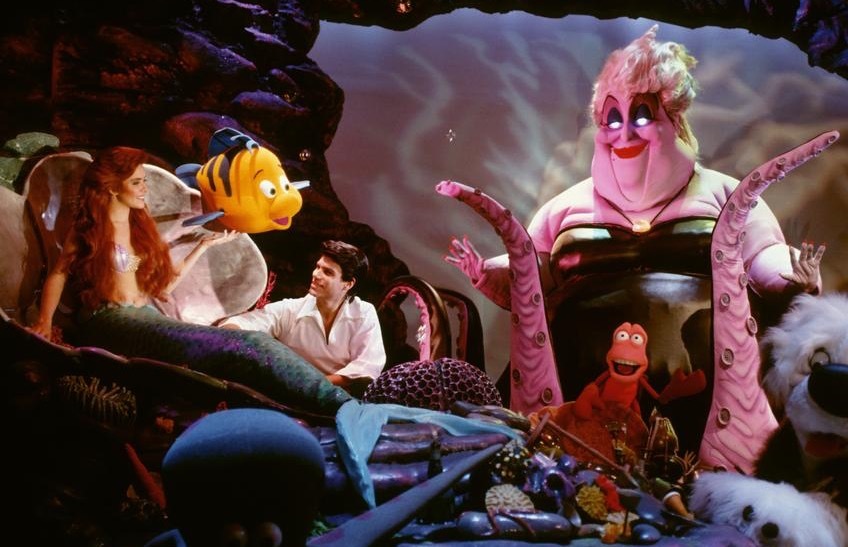 Buyer Beware: Theme Parks Are Cutting Experiences but Not Prices

Despite headlines declaring that major theme parks have "reopened," that doesn't mean everything inside them has.

We get it—some people would rather eat glass slippers than step foot in Cinderella Castle during a pandemic, even if the much shorter lines at the parks have an appeal.

But for those other people who might be thinking that stepping through the turnstiles will be like returning to the bosom of an old friend, you need to know—right now, Orlando is only serving Disney World Lite.

Visitors won't get parades. Or fireworks. Or face-to-face meet-and-greets with costumed characters such as princesses. Nearly the entire slate of entertainment has been slashed.

Disney is doing what it can to fill in some of its programming gaps, such as mounting mini-processionals during which favorite characters walk by at a safe distance—yes, Disney's biggest stars have finally become as unapproachable as actual celebrities. The company is also sticking characters in distant but visible locales such as on balconies or behind garden fences.

But there's no pretending that these substitutions, charming though they may be, are on the same level as the spectacular cornucopia of divertissements for which the parks are famous.

Other temporary closures at Florida's Magic Kingdom, the most popular theme park in the world, include the Walt Disney World Railroad (closed for a previously announced construction project—the addition of a Tron-themed coaster), Monsters, Inc. Laugh Floor, the Tomorrowland Transit Authority PeopleMover, and Enchanted Tales with Belle.

Epcot hasn't been affected as badly—Turtle Talk with Crush is paused, but no major attractions have been—although large construction projects at the front of the park are less than inviting. Within the end of the year, though, the newly constructed Remy's Ratatouille Adventure is expected to finally open in the park's France section.

Disney's Hollywood Studios park has been hit especially hard. There, even though Mickey and Minnie's Runaway Railway ride was added in late winter, recent guests report it feels like more things are closed than open. Most of the second-tier attractions are shuttered: Voyage of the Little Mermaid (pictured above), Indiana Jones Epic Stunt Spectacular, Beauty and the Beast—Live on Stage, the Frozen Sing-Along Celebration, Jedi Training, Disney Junior Dance Party!, Star Wars Launch Bay, and Savi’s Workshop at Star Wars: Galaxy's Edge are all forbidden for the time being. As a result, that park's few big-ticket attractions are overwhelmed. At night, Fantasmic! and the other popular shows are also not running.

Because of a dispute between Disney and the Actors Equity union over safety protocols, live shows at Disney's Animal Kingdom based on The Lion King and Finding Nemo have also been temporarily shelved. Usually, those shows are some of the only places to escape the Florida heat in the summer; most of Animal Kingdom's diversions are outdoors.

Disney has even pulled the plug on some attractions permanently. There aren't many people who went to Orlando just for the Primeval Whirl wild mouse roller coaster at Disney's Animal Kingdom, but the ride is officially off the permanent roster anyway. Stitch's Great Escape in the Magic Kingdom is also gone forever after limping along for years as a much-unloved seasonal attraction. And the Rivers of Light night show at Disney's Animal Kingdom, troubled since its inception in 2017, will also not be returning.

And limited park service is not just happening at Disney.

Just today, Universal Orlando announced that six of the attractions in its two theme parks will be unavailable for the time being. Some of them are minor kiddie diversions (A Day in the Park with Barney), some are B-level thrills (Fast & Furious: Supercharged, Storm Force Accelatron, Kang & Kodos’ Twirl ‘n’ Hurl), and some are shows that require live talent (Fear Factor Live, Poseidon’s Fury—both of which, like some of Disney's rides, have been on fans' death watchlist for a while anyway). Universal has, however, recently added the indoor thrill show The Bourne Stuntacular.

Regional parks, too, are making cuts. Take Cedar Fair's Dorney Park in Pennsylvania. Normally, a ticket to the amusement park also buys you admission to its water park, Wildwater Kingdom. But this year, the slides and flumes haven't opened yet, so you get less for your money.

The most popular attractions at your favorite park will probably be open, albeit with safer, socially distanced loading procedures.

But if there's a ride, restaurant, or show that you have your heart set on, it's imperative that you check ahead to see if it's operating before committing.

And make sure you're fine with paying full price (and sky-high parking rates) for the reduced slate that you'll be receiving. It's important to support your favorite attractions if that's what you want to do, and it's also crucial that all amusement parks operate safely—but it's also important that you, as a consumer, know all the facts first.


Update, August 13: Actors Equity has agreed to permit its workers to resume work at Walt Disney World, so a few shows will be returning in the coming weeks, although specifics have not yet been announced. However, the same week, the resort announced that it is slashing operating hours. Starting in September, its four main theme parks will shorten their days by 1 or 2 hours daily.
Money and Fees
Theme Park