Can a Florida Congressman Put the Brakes on American Travel To Cuba?

The vast majority of Americans favor travel without restriction to Cuba. Heck, in a recent poll the overwhelming majority of Cuban Americans answered that they wanted to end the 50-plus year embargo.

But the will of the people doesn't seem to matter much to eight Cuban-American Congressmen, a group apparently led by Republican Mario Diaz-Balart of Miami. On Tuesday, Congressman Diaz-Balart sneaked a provision into an appropriations bill for the Department of Transportation which would bar the agency from using any funds to facilitate the scheduling of new flights from any U.S. territory or state to any land controlled by the Cuban government. Translation: the bill would put the kibosh on any new flights to Cuba.

And American travelers won't be allowed to get there by boat, either. The provision also restricts the use of federal funds for the issuance much-needed operating certificates or licenses to any vessel that docks within 7 miles of a Cuban port. 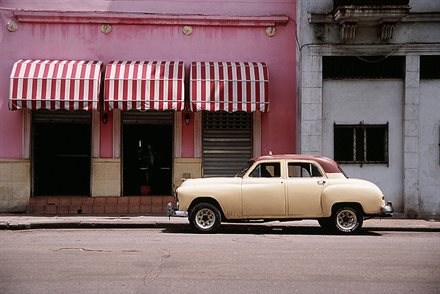 This could end up as the battle of the bills as another group of Congressmen is trying to introducing legislation that would put a swift end to restrictions on travel to Cuba. Or it could end with President Obama being forced to veto the much-needed appropriations bill because of this Cuban provision.

I don't know about you, but I personally am angered that a group of 8 misguided Congressmen have the gall to ignore the crystal clear voice of the American people in this way. We want to go to Cuba. We understand that the 50-year-plus embargo was an out-and-out failure. It's time to open the doors and try another strategy.

I hope you'll join me in making your voice heard. To write to your Congressperson, click on this link.  It will take you to a page that will allow you to write directly to your Representative.