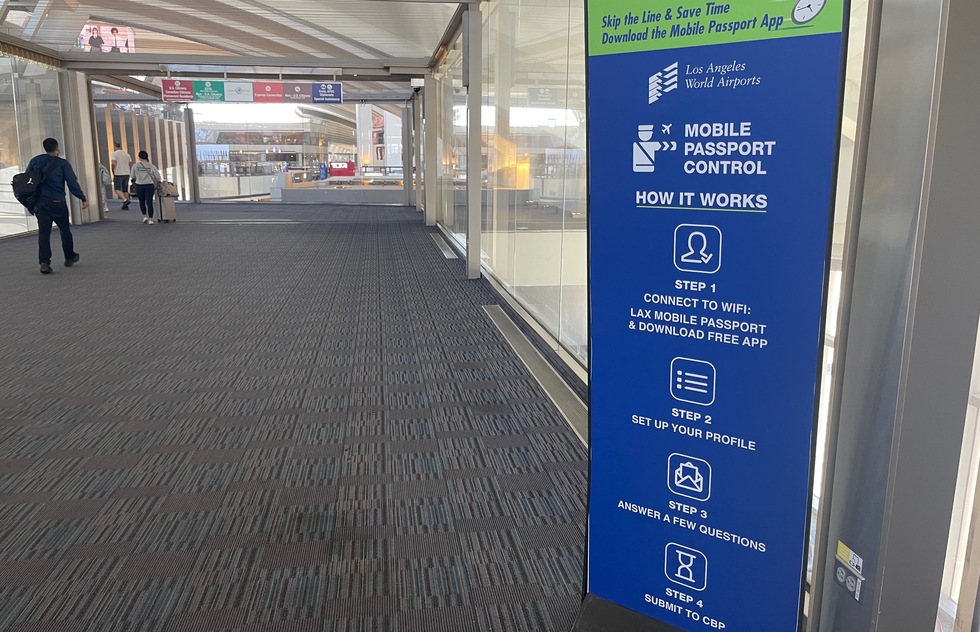 Some of the worst queues stack up at the Border Protection desks at entry points to the United States.

Frequent international travelers know that five-year, $100 memberships to the Global Entry program grant passengers access to a speed lane past the hordes waiting to get their passports stamped.

But starting a Global Entry membership isn't as easy as it used to be. The wait time to process new applications has reached dismal lengths—at some airports, there aren't interview appointments available until deep into 2023.

There may not be an easy way to get into Global Entry quickly right now, but there's still a way to skip the huge queue at Immigration. The Mobile Passport Control (MPC) program is free. Too bad more travelers don't know about it.

MPC users get their own dedicated lane at border checkpoints, and most of the time there's almost no one else in line with them.

If you use MPC, when the flight attendant comes down the aisle before landing in the U.S. with a stack of those dreaded blue-and-white 6059B Declaration forms, you can decline to take one.

Instead of scrambling for a pen and filling out that form on your tray table like everyone else, you input the same answers on an official U.S. government app.

That information, along with a selfie you also take using the app, is used to generate a unique QR code.

Once you land, bypass the long, zigzag queue of passengers waiting for a Customs and Border Protection (CBP) agent, and instead look for the dedicated MPC line.

As you approach the dedicated MPC agent, all you need are your phone and passport. Scan the QR code on your phone, get clearance, and go on your way.

The process is so fast you'll usually make it to baggage claim before your luggage does. If you want to make MPC lightning-fast, travel with carry-on bags only instead of checking luggage. You'll be out of the airport while everyone else is still waiting for their stuff.

It's hard to believe most people don't even know that MPC exists, but there are some reasons for that. The name is confusing, for one. The rollout was also bewildering; for a time, the U.S. government allowed third-party apps to accept your details, which likely had the effect of confusing people about what the service actually was.

But in February 2022, U.S. Customs and Border Protection finally declared that its official CBP MPC app is the only method passengers may use, and now the messaging is clearer: Download MPC before you go to the airport, and your processing after landing will go much faster.

To make MPC work the best, you need to do a few very easy things. The first is to download the app using good Wi-Fi, such as at home or your hotel. The app is free from Google Play and Apple's App Store.

Then store your personal information, like your passport number, in your profile. The app will remember it for the next time you need it.

Last, don't fill out your declaration and take your photo until you arrive at your travel destination (this will give you something to do in your seat while you're waiting to deplane).

You shouldn't submit your info ahead of time because once you have a QR code, you're given a time limit of a few hours to use it. But don't worry if you miss the deadline—the app is truly simple to use and will allow you to resubmit.

As of July 2022, the system is cleared to operate at 31 American airports and 4 seaports (where it can be used for cruises, too). The current list of all available checkpoints is posted in the FAQ at the official MPC site.

The program is open and free to all U.S. citizens and even to Canadian passport holders with B-1/B-2 visas, which cover most business travelers and tourists.

When I recently used MPC at Los Angeles International Airport, the CBP agent at the end of my (completely empty) MPC lane said the QR code scanners hadn't been installed yet, but that didn't stop him from waving me through the checkpoint in less than a minute.

There are still reasons you might want a membership in Global Entry. For one, Global Entry comes with automatic enrollment in TSA PreCheck, which eliminates lines at the beginning of flights, too.

But MPC has one huge thing going for it: You can use it without paying a dime. As more people catch on to the ease of MPC, though, wait times may grow.

Imagine if that happens! One day in the not-too-distant future, you might have to wait more than two minutes to get across the border using MPC. 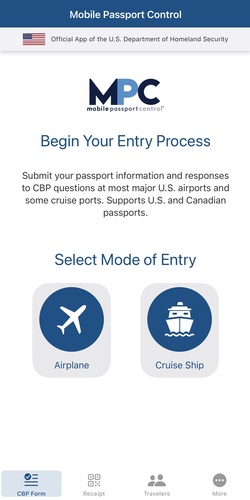