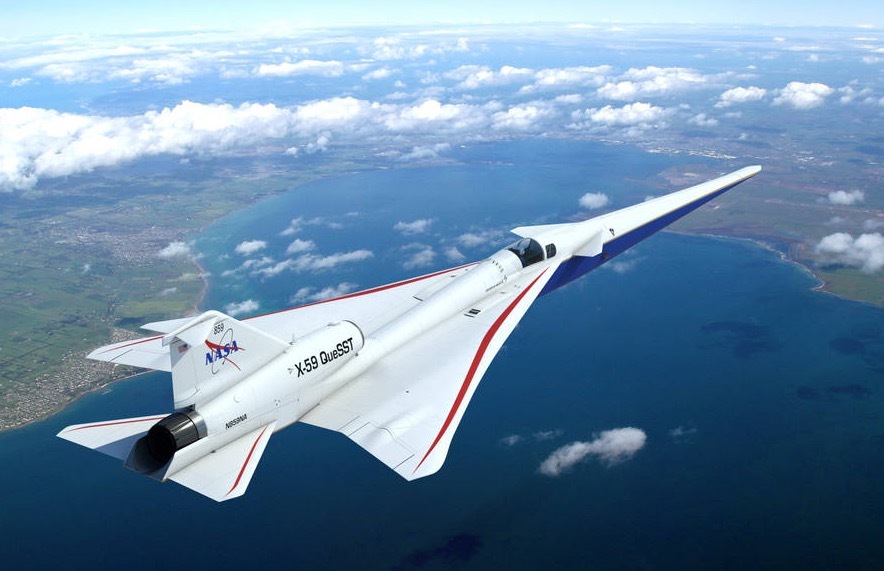 If you grew up before the 1990s, you'll remember the quasi-magical, futuristic promise that was evoked by a single word: Concorde.

A supersonic jet that could virtually teleport commercial passengers between New York City and London or Paris in under three hours rather than eight, the storied Concorde was sleek and streamlined. Its name alone conjured mental images of easy wealth, indulgence, and unlimited in-flight champagne. To fly on the Concorde just once was a life goal for nearly everyone who loved travel.

Most of us never got the chance. Although the Concorde was quicksilver-fast and luxurious, it was also fuel-inefficient, cramped, preposterously expensive, and, most importantly, loud.

The cacophony of the Concorde wasn't just from the intense thrust required of the engines, but also from the thunderous, explosion-like rumble the jet generated every time it accelerated past the speed of sound. The dreaded sonic boom irritated neighbors, terrified animals for miles around, and was one of the biggest factors in preventing the Concorde from fulfilling its promise of bringing high-speed supersonic travel to the masses.

In the end, the Concorde only flew commercially from 1976 to 2003, traveling among a tiny handful of airports willing to accept the noise.

While the Soviet Union's inferior knockoff, the TU-144, failed quickly, the Concorde's safety record remained impeccable until 2000, when one of its engines failed to cope with an errant piece of metal on a Paris runway, resulting in a crash that killed 113 people. The by-then aging aircraft design never got its mojo back, and, in 2003, the Concorde flew its last lucky jet-setters.

Science and fuel efficiency technology have come a long way in the nearly two decades since the Concorde landed for the last time. In 2022, a joint project of NASA and Lockheed Martin is about to bring a new iteration of supersonic aircraft to the skies.

The new X-59 Quiet SuperSonic Technology aircraft (QueSST) was assembled last year in the desert northeast of Los Angeles. Last month, the prototype was delivered to Texas to prepare for real-world ground tests.

A central goal of the X-59 QueSST is, as NASA puts it,  "to reduce the loudness of the sonic boom, which occurs when an aircraft flies faster than the speed of sound, to a gentle, quiet sonic 'thump.'"

This short NASA-produced video explains QueSST's low-boom concept in a simplified way that is suited more to champagne-sipping passengers than to scholars:

The driving goal of all this development is to find a way to make commercial supersonic jet travel viable again. (Or, depending on how you view the Concorde's promising-but-peripheral role in travel, viable for the first time.)

The current design of NASA's X-59 calls for a single pilot, but if the concept is sound enough to dampen sound, then engineers expect to be able to scale up the form to accept passengers and cargo for commercial flights. The real test will come in two years, when NASA plans to run test flights over American cities to determine the impact of the refined supersonic design.

You can track the progress of the X-59's development and testing at NASA's official web page.

While NASA and Lockheed are working on their jet, a startup company called Boom Supersonic is trying to get there with its own new design. Despite the choice of name, which touts the very thing it's trying to make obsolete, the company reportedly has provisional agreements with United Airlines, Japan Airlines, Rolls-Royce, and the U.S. Air Force.

Boom Supersonic says Overture airliners, based on the company's developing Boom XB-1 "Baby Boom" aircraft, could carry 65 to 88 passengers apiece and will operate on sustainably sourced fuel. Greensboro, North Carolina, has been selected as the site of the company's future factory.

Boom claims that its hoped-for passengers, which aren't expected until 2029 at the soonest, will pay airfare of around $5,000, although United has reportedly said it's too early to come up with a price.

In fact, much of the project still lies in the future. Boom's subsonic tests—ones that don't produce the most troublesome noises—aren't slated to start in Greensboro until 2026, two years after NASA's plan for supersonic test flight dates.

The company's promotional video is more cinematic and feelings-based than NASA's nerdy explainer video, and NASA appears to be much farther along in the testing process, but the clip gives an idea of where the industry is headed.

Back in August 2020, Virgin Galactic also announced its intention to get into the supersonic game, but we haven't heard much more out of the company since then.

Even if Virgin's idea doesn't get off the ground, we're seeing enough activity in this aspirational genre of intercontinental travel to know that this reemerging aviation niche is returning to our travel dreams.