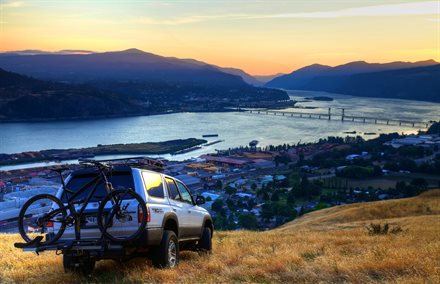 Unusually dramatic events and trends shaped the way we traveled in 2015 and should continue to impact our wanderings in 2016. Counting them down, these stories included:

A dramatic drop in the cost of oil: Just this week the Automobile Club of America announced that North America was seeing the lowest cost in gasoline since 2009. A year ago, a gallon of gas was averaging $2.54, today it’s at $2.01. And most experts expect low prices to continue well into 2016, which should mean even more road tripping and stability in airfares.

Consolidation of the major travel players: Expedia ate up its major rivals Travelocity and Orbitz; Marriott acquired Starwood right before Accor Hotels became one with Fairmont, Raffles and Swisotel; and a wave of airline monopolies that started in 2005 came to an end with 9 major North American airlines reduced to 4. Pundits are predicting that the ensuring loss of competition will lead to price creep and more fees—some of which we’re seeing already and which will, undoubtedly, become more pronounced in the coming year.

Shifting currency valuations: With the value of the American dollar ascending, and a descending worth for the currencies of the Eurozone, Canada, Australia, Japan and several others, we’ll likely see different nationalities in far-flung places come 2016, simply because the citizens of certain countries will have more buying power abroad.

Terrorist attacks and unstable weather spooking travelers: After two horrific massacres in Paris, visitation numbers are significantly down to that fabled city, as are advance bookings. Some experts are predicting more instability, not just from attacks but from threats of attacks and unusual weather patterns.

The devaluation of loyalty points: The largest of the North American air carriers all moved from a system of points for miles flown to points for dollars spent, making it more difficult than ever to snag a “free” flight or upgrade. At the same time, the major hotel chains upped the numbers of points needed to redeem for a nights’ stay. Bottom line: it’s going to be far more difficult for non-business travelers to make loyalty programs work for them in the future.

More floating vacationers: It was another watershed year for the cruise industry, particularly for river cruises. Some 47 ships debuted—7 oceangoing vessels, the rest river cruisers—and with them an increasing emphasis on new ports, particularly those in Asia. While we worry that the industry has now overbuilt (leading—fingers crossed!—to a drop in prices), it’s clear there’s a real appetite for this type of “pre-planning free” travel.