Death By Selfie: The Dangers of Taking Too Many Selfies While Traveling 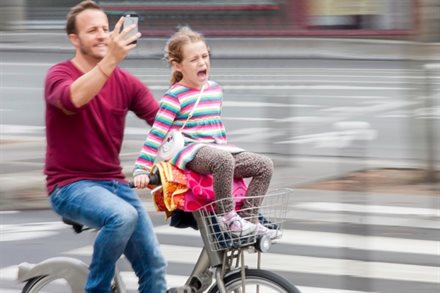 With every technological advance, there’s also a step backward…and sometimes that step can be a fatal one, in the case of selfies. The modern smartphone, with its ability to not only act as a communication device but also as a camera (and one with a lens on both sides) is changing the way we experience travel, and it's leaving some travelers hurt, and even dead.

That isn’t hyperbole. In just this past year, a number of tourists have been killed trying to take selfies in front of just the right object or from just the right angle. The BBC news reported that the latest fatality was a 66-year-old Japanese tourist who accidentally fell down a stairway at the Taj Mahal while trying to take one on September 18th. This summer one of the runners at the Fiesta de San Fermin was gored to death by a bull when he stopped to take his snapshot. A handful more died on train tracks trying to get the train in the frame behind them, or climbing on dangerous equipment. A number of news outlets are now reporting that there have been more deaths from selfie taking this year so far (12) than there have been from shark attacks (8).

The dangers of selfies are playing out in other ways as well. This summer, Waterton State Park in the Denver, Colorado, area decided to close its gates to the public because too many visitors were trying to take selfies…with bears. Similar incidents occurred around Lake Tahoe, California, in 2014 with visitors were charging at bears with their phones. In Costa Rica, the Tico Times reported that earlier this month, selfie takers disrupted the annual nesting of endangered Ridley sea turtles, with some thoughtless tourists going so far as to put their children on turtles’ back for photos. Most of the turtles responded to the chaos of amateur paparazzi by retreating back into the sea without burying their eggs.

Serious and disturbing incidents all. But I’d argue that this selfie mania has a more insidious effect on how we experience travel, building a wall, in effect, between the traveler and the destination they’ve come to see.

Sure, travelers have always taken snapshots.  But historically, the number of photos featuring the taker were usually limited (sometimes by who was nearby to help take the photo) and instead were a way for the taker to solidify memories of the destination; or to practice the art of photography.

Today, there’s a complex social interaction going on when it comes to photography. Selfie takers are using their photos as part of an ongoing conversation with friends and family back home. They’re out in the world, but instead of putting their efforts toward understanding the culture they’re visiting or meeting locals, they’re angling for likes on Facebook and retweets on Twitter. They are, in effect, prioritizing the virtual world over the physical one—the destination they’ve often paid thousands of dollars to visit.

Not to preach, but I know from personal experience that one of the greatest delights of travel is being cut off from daily life and forced to recreate myself in a place where I’m a stranger among people whose customs I don’t always fully understand. It’s an exercise that builds courage and self-reliance and one that expands one’s understanding of the human condition. It is, ultimately, a more joyous experience.

So a plea: Think twice before taking that selfie and posting it. Your time might be better spent getting into a conversation with the person right next to you. Try it on your next vacation and you’ll see what I mean.