Delta's Big Announcement: Mileage Awards Will Soon Be Tied to Money Spent Rather Than Miles Flown

Delta Airlines announced a game-changing move today: instead of giving award miles based on the number of miles a passenger has flown, it will link mileage to the cost of the ticket. "The introduction of a new model for earning miles will increase rewards for those who spend more as well as differentiate the SkyMiles frequent flyer program for our premium travelers," said Jeff Robertson, Delta's vice president of SkyMiles in the official release. Delta is estimating that passengers will get between 5 and 11 miles for each dollar spent on airfares depending on their frequent-flier status, with those at the highest level earning the most.

Read that and weep, budgeteer.! To say that this move will complicate the calculations that go into purchasing airfares is an understatement. Starting January 1, 2015 (the date the new program kicks off) would-be travelers will have to weigh whether getting the best deal will be worth the miles lost. And whether they should stay unbendingly loyal to one carrier over another, in order to attain elite status. A degree in advanced calculus may be necessary. Brian Kelley, founder of ThePointsGuy.com wrote on his website that he will wait to judge the new Delta program until more details are released, but that "basically this will be horrible for most consumers, except those who pay exorbitant amounts for their flights [they] may see a slight increase [in miles gained]...This is actually just another slash to a program that has been decaying for years."

And it seems just as clear that it's only a matter of time before the other airlines follow suit. This move not only will drive passengers to purchase pricier tickets, it;s also a Machiavellian move to encourage loyalty, that I, for one, think will work like gangbusters.

The move is not entirely new: both JetBlue and Southwest Airlines are already connecting loyalty miles to dollars spent. But these two carriers have less of a gulf between the least and most expensive tickets they sell.

At this point, it's also unclear how valuable these new points will be in terms of redeeming the points for seats.

What do you think? Could there be any upside for leisure travelers with Delta's new system? 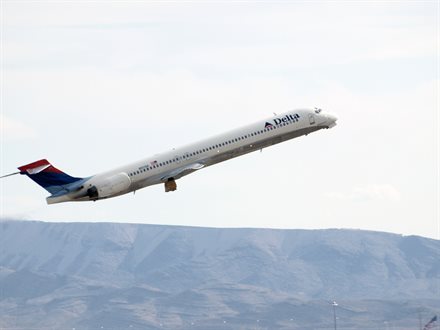