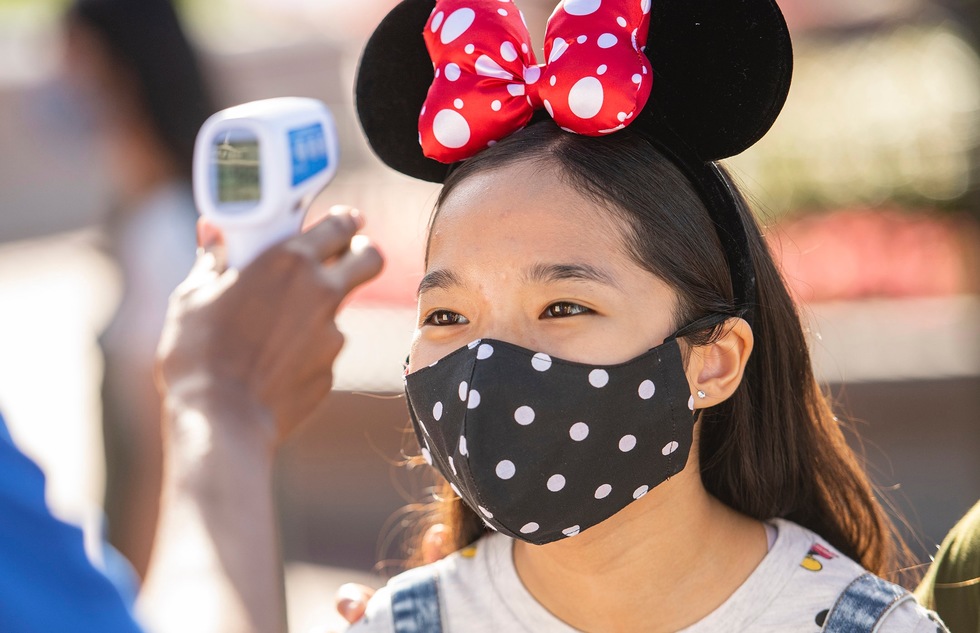 As government leaders at the state and federal levels continue to send mixed and misleading messages about mask usage—we’re looking at you (but not only you), Georgia Gov. Brian Kemp—scientists are finding a surprising ally in the battle to contain Covid-19: corporate America.

A number of large companies, particularly those in the travel industry, have evidently given up on ever getting clear guidance from elected officials and have mandated face coverings at theme parks, hotels, and other areas where proprietors have the right to refuse service to the reckless and inconsiderate.

And in certain cases, corporations have shown a willingness to clamp down on maskless scofflaws and loophole finders.

Just a week after reopening, the Walt Disney World Resort in Florida tightened its safety rules for guests after realizing that lots of people at the parks were skirting the mask requirement by strolling barefaced while holding drinks or food.

Now you must remain stationary while eating or drinking anything, and then put your mask back on before you get going again. No walking and gnawing allowed.

In the hotel world, meanwhile, Marriott International released this week a video message from CEO Arne Sorenson in which he announced that guests will be required to wear masks in the public spaces of all Marriott hotels, effective July 27.

"Health experts have made it clear that wearing face coverings in public spaces is one of the easiest steps that we can all take to protect one another and reduce the spread of Covid-19," Sorenson says in the clip.

Hyatt has also announced it will be enforcing mask usage in lobbies and other indoor public spaces, and the Associated Press reports that Hilton "plans to require guests to wear masks," too. Hyatt's new rules are set to go into effect on July 27; Hilton hasn't released a start date yet.

There’s reason to believe chains that haven’t made policy changes will do so soon.

The American Hotel and Lodging Association, an industry lobbying group that represents the companies mentioned above as well as Loews Hotels, InterContinental Hotels Group, and Radisson Hotels, released its "Safe Stay Guest Checklist" on July 17. In addition to masks, the checklist calls for social distancing in public areas, touchless check-in and payment options, suspending daily room cleaning when a guest is in residence, and a request to the public that travelers stay home when they have Covid-19 symptoms.

"We applaud governors who have standardized the use of face coverings in all indoor public spaces," AHLA president and CEO Chip Rogers told Travel Weekly. "And we urge all lawmakers to help make this a national standard by implementing this requirement in their states."

But here's the key question: Why are private businesses doing more to act in the public interest than the United States government?

Americans are allowed to move from state to state freely, which means that the virus can move, too. Instead of putting the safety burden on governors and states, why doesn't the Trump administration have the courage to step in with an emergency order requiring mask usage in all public places in every corner of the nation?

Health standards shouldn't stop at state borders because viruses don't recognize those. It's time for the government to act—past time, actually, given how many lives have been lost.

According to recent studies by epidemiologists, the widespread use of masks could save tens of thousands more.