Driver Licences From Four U.S. States May No Longer Be Accepted As I.D. at Airports in 2016 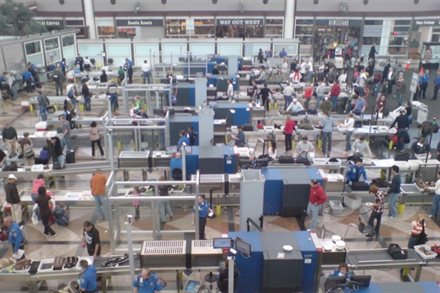 And those states are: New York, New Hampshire, Louisiana, and Minnesota.

In December of 2014, the first phase of the Real ID Act from Congress and the Department of Homeland Security went into effect. It's mandate was to standardize government-issued IDs across the United States, specifically for the purpose of allowing people entry to Federal facilities. The states would have until 2016 to comply, when it came to airports (they had to comply earlier for other sorts of facilities) and all but four states—New York, New Hampshire, Louisiana, and Minnesota—now meet federal standards.

So what will happen when flyers from those states try to use driver licenses to get through security for domestic flights? That's not clear at this point. USA Today reached out to the DHS and were told that "no announcements" were ready on this matter.

I have to believe that the Department will give would-be flyers a reasonable amount of time to acquire other forms of identification. But to be forewarned is to be forearmed! If you ate a bagel for breakfast, or a Po Boy for lunch; if you're likely to meet a Presidential candidate in the next few months or head out ice fishing (or to the Mall of America), you may want to look at getting a passport or passport card if you don't have one already.