Emirates Airlines Will Fly the Longest Route on the Planet: Tips on Surviving 17.5 Hours in a Plane

That’s the length of the new longest flight on the planet, which will soon be offered by Emirates Airlines between Dubai and Panama City.

Convenient? Certainly. But is being cooped on a plane for that many hours a nightmare scenario for many travelers? Most definitely.

I turned to a number of frequent long-haul flyers to find out how they make long flights bearable.

“I rely on my Brookstone eye mask,” says Elizabeth Shepard, a digital executive who spends much of her time on the road. “It’s super soft and attaches with Velcro in the back, so it never slips off. And it’s incredibly comfortable and dark—a total blackout mask.  Plus, it’s machine washable.”

For consumer travel advocate Christopher Elliott (www.elliott.org) staying nourished is an issue. “You can't rely on the quantity, quality or regularity of airline food,” says Elliott. “I've been on flights where they've gone many hours without serving anything. Bring your own, especially if you're traveling with kids.”

Carolyn Spencer Brown, the Editor in Chief of CruiseCritic.com, uses mental strategies to keep her sanity. “On a really long flight—like the last time I flew from Hong Kong to New York—I divided up the 16 or 17 hours or so into quadrants,” she says.  “I had activities planned for every four hours (eating, sleeping, watching television, working) and by doing that, it sort of cut the flight down, made it less intimidating.”

She also packs an iPad with the cliffhanger episodes of TV series she’s following at home, a similar tactic to that followed by Daniel Durazo, the globe trotting Director of Communications for Allianz Travel Insurance USA. “Since I don’t sleep well on flights and I don’t watch much TV at home, long flights give me the opportunity to catch up on shows I don’t otherwise see, so I watch a lot of TV,” says Durazo, putting a positive spin on long flights.  “Watching TV really helps to pass the time.”

In fact, loading up an I-Pad with one’s own entertainment was the number one tip I received from those I interviewed, followed closely by a list of (legal) drugs one could take to bring on unconsciousness for part of the trip.

Having all that gear on hand takes advance planning, and it’s not the only way thinking ahead can pay off. Daisanne McClane, a long-established travel writer, thinks the key is choosing the right carrier. “The single most important factor in surviving the long-long haul flight is seat comfort, and in that respect I think (fortunately or unfortunately) you get what you pay for. So I never fly on a US carrier, only Cathay Pacific, Japan Air, Emirates, sometimes Qatar.  And hoard miles (or spring money) for that crucial upgrade to Premium Economy, where you get more inches, more "pitch" and more seat padding”.

Seat quality is also important to NYC lawyer Ellen Goldberg, but she has a different strategy. “I always check SeatGuru.com", says Goldberg. “If I’m going to be stuck in a seat for that long, I want it to be the most comfortable seat possible.”

Which leads to the most important piece of advice, also echoed by many I interviewed: don’t stay stuck in that seat. Since deep vein thrombosis, a dangerous medical condition, can strike those who don’t move enough on long flights, it’s important to walk about the cabin. “You have to get up and move. So drink a lot of water to stay hydrated and so you’ll have a reason to get up to use the bathroom,” says Reva Rudman, an elementary school teacher and avid traveler. “Also, do lots of ankle pumps and rotations while you are sitting still.”

Weirdest bit of advice I got was from political consultant John Hlinko. “I forget who first came up with this idea, and it's mainly for buses and trains, where seats are not assigned, but it works on planes, too, apparently. Board early, and dangle a piece of string from the side of your mouth. Act normally, but make sure to dangle the string visibly. This increases the chance that whoever was supposed to sit next to you will politely request a new seat. Because no one wants to sit next to mouth-string-freak guy. I've done this on the Acela between DC and NYC, and it works.” 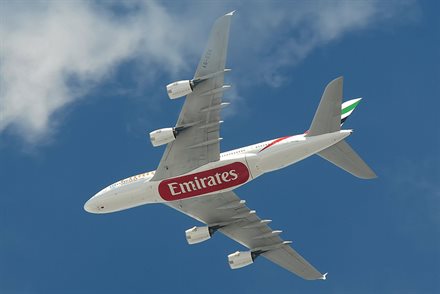