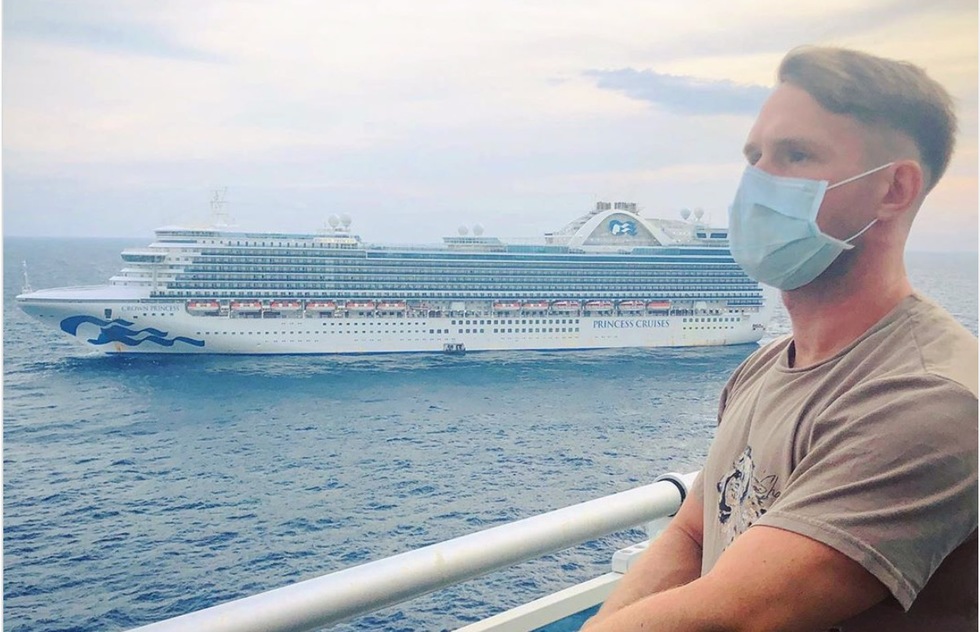 In March, the U.S. Coast Guard helped more than 265,000 passengers leave cruise ships and get home. Crew members, however, were forced to remain aboard.

About 80,000 crew members are still there, floating in international waters off the U.S. coast, unable to go home.

In the TV news clip below, aired on Kansas City–based station KMBC, five perfectly healthy U.S. citizens describe what it's like, after all these weeks, to be marooned on the commercial cruise ships where they work.

These employees and thousands like them are not sick yet they've been in isolation for seven weeks—more than three times longer than the standard two-week recommendation for quarantine.

How could this happen?

The Centers for Disease Control and Prevention, which falls under White House jurisdiction, told the major cruise lines that they can only release crew members back to shore if the cruise companies agree to be liable for civil and criminal penalties if the workers take any public means of transport to get home.

You got that right: The U.S. government is threatening to go after cruise lines for the private, off-the-clock behavior of their employees—who are are not even infected with the coronavirus.

The CDC's "No Sail Order" was last updated April 28. In it, the agency forbids trapped workers, who hail from across the nation, from using commercial flights or even rental cars to get back home. Rather than holding each citizen accountable for their own travel plans, the government said it will sue the cruise lines instead. The CDC also forces the cruise lines to collect permission letters from state and local authorities for each release.

Cruise companies, which are still jockeying for bailout cash from the federal government, have, for whatever reason, so far decided not to rock the boat, so to speak, by risking the release of American employees.

Meanwhile, those workers—who, it bears repeating, are healthy, isolated, and have been so for two months or longer—are kept confined in their staterooms except for temperature checks and meals.


“What is the point of having citizenship if they’re going to deny us entry back?” asks one American cruise worker interviewed for the KMBC story.

Jamey Grisham, a choreographer and performer stranded on one Princess ship, posted his appeal on Facebook: "Crew members are still stuck at sea all over the globe. The path to land feels so very close; just past this vast and balmy patch of blue."

Grisham and his co-workers have not tested positive for the virus, nor have they been sick. "As I approach almost 60 days onboard without touching ground and without any symptoms or cases of Covid-19 onboard whatsoever," he wrote, "I cling to the inevitable hope that this, too, shall pass."

While many have accused the cruise lines of refusing to comply in order to avoid paying for expensive charter transportation, Grisham reports he feels supported by his superiors. "I remain forever grateful to my company and to their continued efforts to get us repatriated from international waters," Grisham stated in his post to friends and family.

In some cases, cruise lines say they are finally capitulating to the government's demands. To get workers home, some companies say they have agreed to the terms. Many journeys home, however, still have no planned departure dates.

"I will most likely get down on my hands and knees and touch my forehead to the earth as soon as we come into contact," wrote Grisham. "Wearing my proper PPE, of course."

Update, May 10: After 60 days of being banned from the United States, Grisham was finally allowed off the ship after the CDC approved Princess' evacuation plan, which included chartering flights. Thouands of other Americans remain stranded. "Now on to a further 14 days of quarantining and social distancing (74 in total) and some much-needed family time," he wrote in a Facebook post.
Beach & Water Sports
Cruise
Cruises
Entry Requirements & Customs
Health, Insurance, Security
News