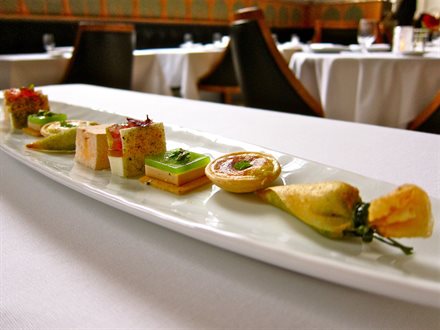 I’m mad as hell and I don’t want to vacation anymore!

Scratch that.  I still want to vacation.

But relaxing is going to be more difficult, thanks to a pair of ugly developments in the last six months that I think mar the travel experience.

You’re heading to a new city and you’ve heard there’s a great restaurant there you should try. A month before the trip, you dutifully make a long distance call (or go online) to request a reservation. Sorry, the answer comes, we’re “fully committed”.

That in itself is a maddening scenario. But what gets me to the boiling point is that the reservation may not have gone to another diner. It could have been snapped up by the staff at one of the new apps that now sell restaurant reservations (they have names like Resy, Killer Rezzy, Shout and Zurvy). Some of these apps work with the restaurants in question, and cut them in on the transaction. But most simply tie up the lines at the restaurant, cornering all possible reservations in advance, so that they can resell them. Prices for a table can go from $10 to a whopping $50 according to the New York Times.

I know I just included the names of these apps in this piece. I did so to prove that I’m not making this up. But now I’d like you to erase their smarmy, interfering handles from your memory. Because when diners use them, they’re making life more difficult for the rest of us. And introducing a middle man where there really shouldn’t be one.

And here’s another case of changing long-held, if unspoken (and quite fuzzy) rules. Just in the last few months, both Delta and United announced they’d be changing how “award miles” are accrued. Starting in 2015 (in January for Delta and in March for United), no longer will miles equate to, well, miles. Instead, award miles (or points or whatever the heck you want to call them) will be tied with how much the consumer paid for the ticket.

Not only that, those with a “lower status” in the program will get fewer miles than the business travelers who have achieved elite status. In United’s program, for example, an average member will get the cost of their flight multiplied by 5. So a $200 ticket would garner 1000 points. But if a “Super Elite” member purchased that same $200 ticket (unlikely, but work with me here), he’d get a whopping 2200 award miles.

How does this compare with the old way of getting miles: it ain’t great. In the tests I did on these two sites, using their calculators, I found that, on average, I (the non-elite traveler—it’s true, I’m very sloppy about collecting miles) would be garnering 50% fewer miles on my flights than in 2014.

I always hear the argument that ratcheting up miles by actually flying is old-fashioned. That those in the know use credit cards to get their points. And that may be so (though a lot of those cards carry draconian penalties for late payments, which is why I’ve never gotten one). But it still galls me that, at this late in “the game” the rules are being changed on us all.