I'm not sure what they're, er, put in the water, but we're seeing a number of unusually good cruise deals this week. Here's a sampling:

*Danube Sailings: Virgin Vacations is always a source of good bargains, but they've outdone themselves this week with a $500 off deal on selected Danube River Cruises . The key to getting the savings is using the secret code, which is: VNB38RC500. The discount is good for sailings between March and June. Go to Virgin Vacations website for full details. Book by October 4.

*Put on your party hat! October 21-27 is National Cruise Vacation Week, which means a flotilla of deals from a number of different sources. These include two-for-one pricing on Windstar cruises, plus two free European hotel nights before or after the sailing (for those who book during that week); and on-board ship credits of up to $500 for those who book Norwegian Getaway cruises from NCL. For all the deals, go to www.cruising.org/vacation/national-cruise-vacation-week-cruise-specials on October 1 when that site will go live.

*Bahamas-bound cruises aboard the Carnival Ecstasy or the Carnival Sensation for as little as $179 for 5 nights (sometimes that price rises to $199). The ships depart from either Jacksonville, FL or Port Canavarel and are goof for sailings in the next two months. Want to spend even less for a four night cruises? From both Norwegian Cruise Lines and Carnival, I found a number of sailings out of Miami to the Caribbean or Key West, for $139.I found these deals at VacationsToGo.com,   but they may be available with other discounters as well.

Have a good weekend all! 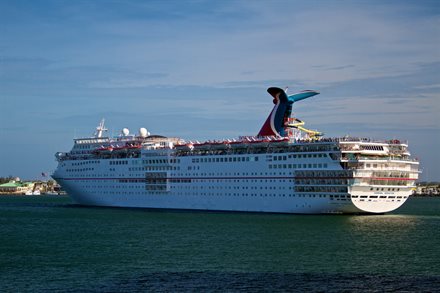