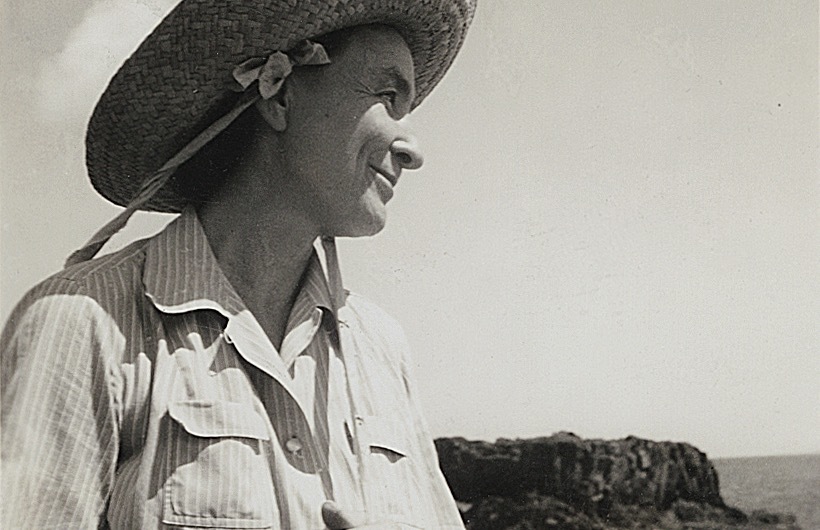 Georgia O'Keeffe had a strong sense of place, and that place was usually New Mexico.

But having a powerful affinity for one locale didn't leave the painter immune to the allure of others, as she discovered, seemingly to her own surprise, during a 1939 stay in Hawaii.

"My idea of the world," she wrote in a letter sent from the islands to her husband, the photographer Alfred Stieglitz, " . . . has not been beautiful enough."

As trip recaps go, that one presents a pretty convincing argument for the transformative effects of swapping landscapes, especially when the person doing the swapping has a keenly perceptive—and receptive—mind.

In other words, O'Keeffe had the makings of a fine traveler—eager for enchantment and discovery, whether the climate was arid or tropical. You don't get the feeling she would spend the whole trip taking selfies.

Strangely enough, she went to the islands in order to make an ad for the Hawaiian Pineapple Company (now known as Dole).

Actually, it's only the matchup of high art and corporate advertising that seems strange. It's not at all hard to see why O'Keeffe took the offer of an all-expenses-paid working vacation. As demonstrated by her modernist paintings of Southwestern desert and flowers in close-up, the then-51-year-old artist was famously intrigued by unique natural settings and vibrant flora, of which Hawaii has no shortage.

Yet the islands—still two decades from U.S. statehood at the time—were difficult to reach and prohibitively expensive for most vacationers. In exchange for nine weeks in paradise, O’Keeffe agreed to turn in two paintings for the company's pineapple-hawking purposes.

In fact, she ended up creating more than a dozen works based on her observations in Hawaii. Seventeen of those canvases are currently on display at the New York Botanical Garden in the Bronx, along with a collection, at the garden’s Enid A. Haupt Conservatory, of the plants that inspired O’Keeffe during her visit. These include clusters of bright red heliconia flowers that look like lobster claws, delicately fleshy hibiscus petals, and white plumeria blooms with golden piping along the edges.

She painted landscapes, too, recording visions of seaside volcanic cliffs and waterfalls slicing through verdant valleys. She encountered these scenes on an itinerary that took her to Oahu, Kauai, Maui, and Hawaii (the Big Island). That breaks a cardinal rule of planning a first trip to Hawaii—i.e., don’t try to see multiple islands on one visit. Of course, O’Keeffe had two months rather than two weeks, so we’ll give her a pass.

In Honolulu, she was astonished by the “sharp and silvery” look of the pineapple fields, according to an Artsy history of the journey, but was annoyed that the company hosting her wouldn’t let her stay near the plantation for fear of the impropriety of a woman living among field laborers.

Later, she was dazzled by the islands of Kauai and Maui, particularly the latter’s black sand beaches on the eastern Hana coast and the lush Iao Valley. As for the Big Island, its active volcanoes freaked her out.

Despite her admirable efforts to immerse herself in the scenery, O’Keeffe didn’t quite dig deeply enough to uncover the islands’ rich, varied, and one-of-a-kind native flora—all of the flowers she painted were introduced within the last 250 years. Even the pineapple originally came from South America. 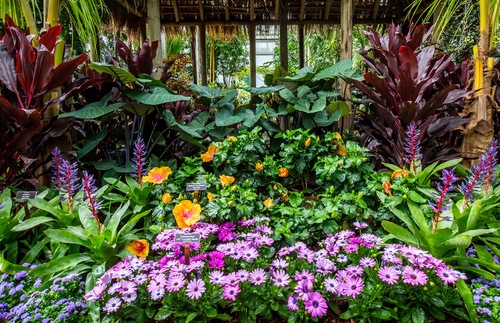 But although her eye didn’t catch everything, the paintings reflect her sincere engagement with and fruitfully (pun intended) idiosyncratic interpretation of the world around her. Maybe a little too idiosyncratic for the Hawaiian Pineapple Company. One of the paintings she submitted was rejected for the print ad; she had to whip up a replacement, showing a pineapple bud amid green blades, from memory. It eventually ran, alongside O’Keeffe’s heliconia and a cartoon family drinking pineapple juice, in The Saturday Evening Post and Woman’s Home Companion. 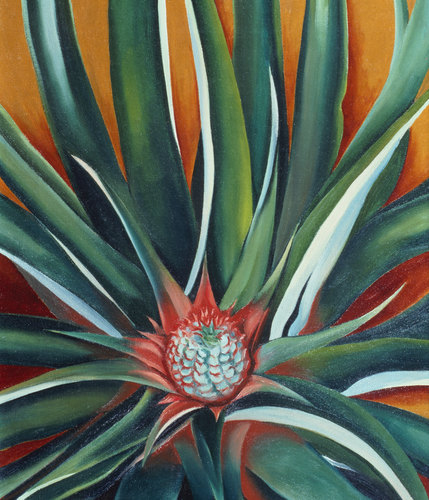 The rest of O’Keeffe’s Hawaii works were displayed at Stieglitz’s gallery, An American Place, in 1940—the last time they were shown in New York until the Botanical Garden’s current exhibit. In an artist’s statement for the original show, O’Keeffe wrote:

"Maybe the new place enlarges one’s world a little. Maybe one takes one’s own world along and cannot see anything else.”

It’s clear from her Hawaii work that O’Keeffe was the first kind of traveler (the best kind), letting new places enlarge her world—and enrich ours in turn. 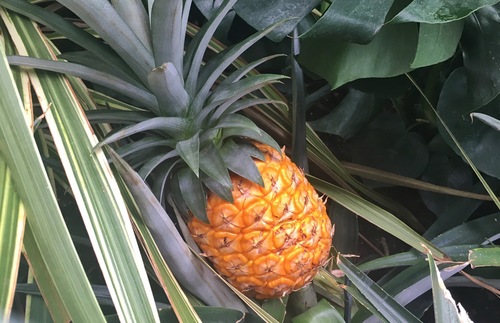 (A pineapple at the New York Botanical Garden; photo by Zac Thompson)

Georgia O'Keeffe: Visions of Hawai'i  runs through October 28, 2018 at the New York Botanical Garden in the Bronx. From Midtown Manhattan, take the Metro-North Railroad to the Botanical Garden station or take the B, D, or 4 subway to Bedford Park Blvd. Check opening hours and admission prices here.

The paintings portion of the exhibit will travel next to the Memphis Brooks Museum of Art. You can see O'Keeffe's Hawaii works there starting December 1.

Other places to see O'Keeffe's works:

The Beyond: Georgia O'Keeffe and Contemporary Art, through September 3 at Crystal Bridges Museum of American Art in Bentonville, Arkansas

and, year-round, the Georgia O'Keeffe Museum in Santa Fe