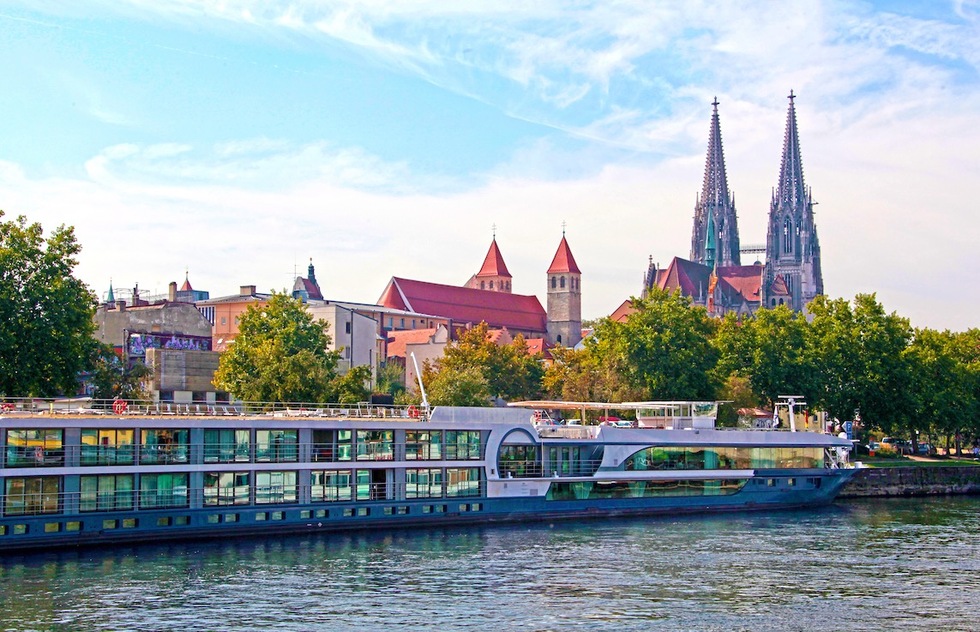 Get Yourself to Europe Quick: River Cruises Are Up to 50% Off

Starting on November 8, Americans are going to see a whole lot of something they haven't seen much of in ages: Europeans.

That's because November 8 is the day the restrictions on nonessential travel into the United States will be lifted, and the influx of Europe-based visitors will begin. London's Sun newspaper reports that prices for flights to the U.S. from the U.K. shot up 300% overnight as travel-starved Brits rushed to get their Yankee fixes again after a ban of 18 months.

All those Brits flooding into America have temporarily turned their backs on vacationing in mainland Europe, where travel sellers also find themselves doing without visitors from Australia and New Zealand, who are still not leaving their region. The Continental river cruise industry suddenly finds itself with a lot of unsold cabins for the end-of-year season and the start of 2022.

And so river cruise companies are discounting like crazy.

If you can get yourself over to Europe in the coming weeks and months, you'll find some sensational deals on river cruises that you won't find again for a long time. Move fast to seize them.

The Daily Mail, another U.K. paper, gave some examples (in its local currency, pounds), such as an Avalon Waterways river cruise vacation departing Vienna on November 27 that takes in the Christmas markets around the River Danube (pictured above).

In U.S. dollars, that's $1,146 instead of a regular price of $1,929. If you buy the cruise from America instead of the U.K., the prices probably won't be exactly the same, but they will be similar—and the savings rate will be much the same as well.

Then there are the "Colours of Provence" sailings on AmaWaterways out of Lyon, France, to Avignon. That seven-night trip, which runs a few times in late December, has been reduced by £750 per person to £1,708 (US $1,012 vs. $2,304). Again, the price you'll be quoted when you book in your home country will be in your local currency, but the savings will be similar.

This is an only-right-now phenomenon. By next summer, European travel business is expected to be a lot healthier, and river cruises won't be worrying about the absence of their core markets.

At least, that's what the cruise operators hope—just to make sure next year is a financially healthy one, they're still offering some deep discounts right now if you're willing to promise to come visit next year.

For the British market, Scenic has marked one of its spring 2022 cruises to Vienna and Budapest down from £2,500 to £1,500. Americans can grab similar deals.

Viking River Cruises is offering Brits discounts of a third off some 2022 excursions as long as you make your reservation by the end of 2021. (Some of Viking's current offers for the U.S. market are listed here.)

Some lines are also eliminating the single supplement for certain dates. That's usually a rare perk—most of the time, people who want a cabin to themselves have to pay as much as double to cover the cost—yet it's currently appearing widely across the industry. So if you'd like to travel on your own, make sure to ask for river cruises that discount or eliminate the single supplement.

If you want to find a deep discount on a river cruise, right now is your moment. Pick your dream waterway, your ideal cruise line (Frommer's publishes an entire guide that breaks down what's good and what's bad about each brand), and ask what the discounts are. It's very unlikely these deals will continue deep into 2022.