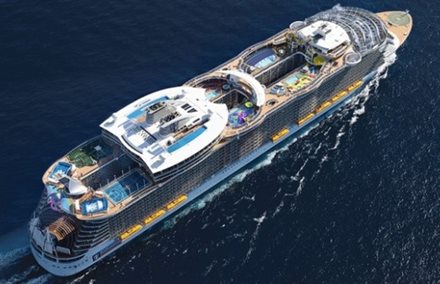 The constant growth in the size of cruise ships—of which some now carry 6,000 passengers—has forced the cruise lines (and not simply the cruise passengers) to adopt a wholly different set of tactics and policies.  And sometimes, these new experiments in cruising have failed miserably—as Royal Caribbean Cruisline recently discovered.

When Royal Caribbean discovered that its giant new ships could not contain a single main dining room for the greater number of its passengers—that room would have to be far too large—they adopted a policy known as “dynamic dining." Instead of building one large dining room, they cut that space into four smaller dining rooms, each with a different menu.  And passengers were asked to make different reservations for the mini rooms for every night of their cruise.

The result was sheer bedlam. Passengers complained about the complex planning required of them. And this month, Royal Caribbean canceled “dynamic dining” (which they had hoped to install on every one of their humongous ships). Henceforth, passengers will be asked to make one reservation for one small dining room, and to present themselves at that same dining room on every day of the cruise (that they didn't choose to eat in a speciatly restaurant, that is).  Passengers and cruise line all breathed a sigh of relief.

The tactic for boarding these giant new ships also requires some planning. When you are required to deliver your suitcases to the cruise line when you first check into a cruise on such a giant ship, the time required to deliver that suitcase to your stateroom is sometimes awesome (10,000 such suitcases may be ahead of yours).  Often, therefore, you do not see your suitcase again until it is delivered in early evening to your cabin. In the meantime, if you have left your swimming suit(s) in that suitcase, you are unable to make use of the various pools on the ship all throughout your initial day aboard.

The resulting lesson for smart passengers: Pack your swimming suit into your smaller carry-on luggage that stays with you on the day you board the ship. That way, if you feel like a swim at, say, 4 p.m., you have a swimming suit for that purpose.

Now let’s assume that you plan to leave the ship and sightsee on shore on one of the days of your cruise. To your surprise, you will find that most of these new, gigantic, 6,000-passenger ships are unable to disembark their passengers at certain port locations  (like Santorini) visited on your itinerary. Instead, passengers wishing to go on shore are “tendered” to shore—that is, they are moved from ship to shore on successive small “tenders” (boats holding 50 or so passengers), a slow process that sometimes takes hours to move all passengers wishing to go ashore.

And guess what? The passengers given priority on such “tenders,” and thus able to go ashore within the first hours when the tenders are operated, are often those cruise ship passengers who have paid money to the cruise ship for an organized tour of the port.  They go ashore right away, while you independent sightseers await a later turn several hours on.

Phone the cruiseline in advance of boarding the ship. Ask to be advised of those port stops where passengers will be “tendered” ashore.  And thus give thought to buying a ship-sold excursion in order to receive priority in the tender.

To successfully cruise aboard these monstrous new ships requires that you scheme and plan. Better, in my innocent view, is to book aboard one of the smaller, traditional ships.