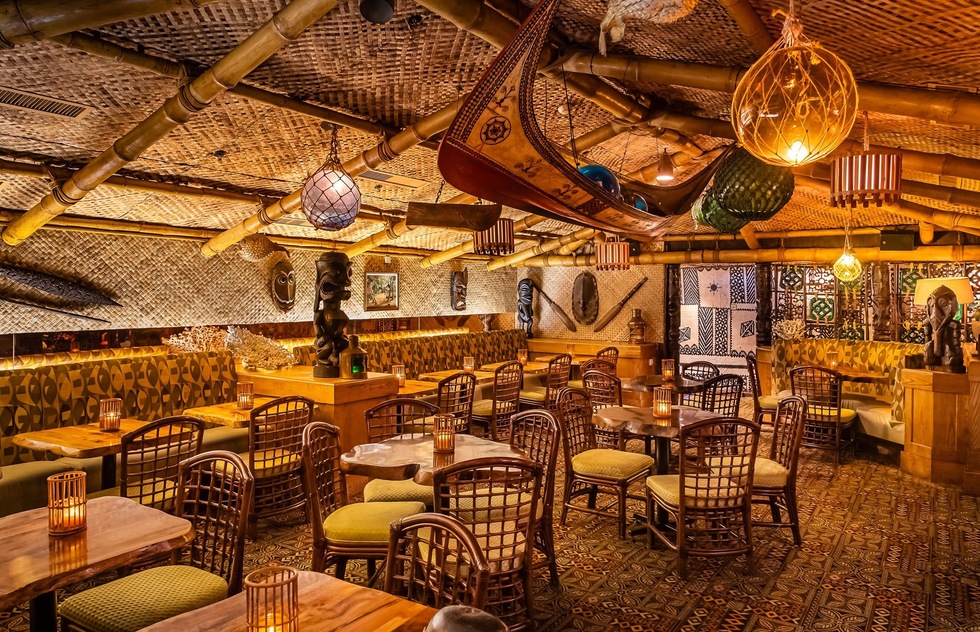 The London Hilton on Park Lane has reportedly notified the management of Trader Vic's, a historic icon of tiki bar culture, that its last day in business will be December 31, 2022, a few months shy of its 60th anniversary.

Trader Vic's opened along with the hotel in 1963, when worldwide enthusiasm for Polynesian-inflected tiki style was at its midcentury peak.

At the time, the London Hilton on Park Lane was the only Hilton in the United Kingdom. Today, after so many other Trader Vic's locations have closed, its version is now the oldest continuously operating Trader Vic's in the world and a defining landmark of the tiki bar genre.

Hilton's official property website calls Trader Vic's "a London institution" but does not include word of its impending removal by lease termination. We have reached out to Hilton's corporate offices twice for comment.

In addition to the now-classic Mai Tai cocktail, which was invented by Trader Vic's, over the years the London location became famous for its collectible mugs, its "London Sour" (a blend of citrus, almond, and blended scotch that was created for its opening), and its souvenir bird-topped swizzle sticks for its Potted Parrot cocktail.

This week, the manager of Trader Vic's, which occupies its basement, reportedly notified staff that the lease would not be renewed. 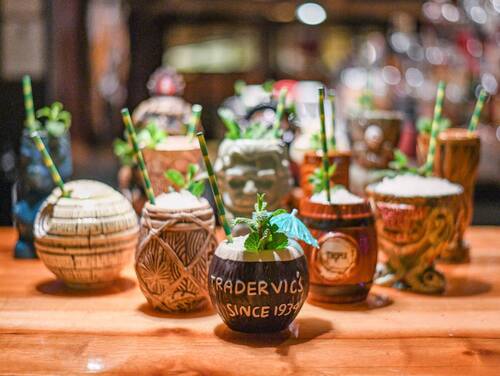 For tiki fans, the loss will be enormous.

"I'm not the only tiki fan in the world who travels the globe for #tikihistory," wrote author and historian Eric Lynxwiler in an Instagram post from London that broke the news on Sunday. "It's a knife in the heart of the #tikicommunity."

Tiki has many modern imitators, but there are few examples left from the culture's heyday in the 1950s and '60s. Even Trader Vic's flagship location near Oakland, California, only dates to 1972 following the closure of its 1934 originator.

In terms of nightlife, there are very few names with the longevity of Trader Vic's.

"If you were to create a list of American restaurant brands that have existed since the 1930s, that list would be fairly short," wrote Us Magazine in a Trader Vic's tribute that was published three months ago.

In the middle years of the 20th century, global economic expansion and returning World War II veterans sparked an American-led craze for all things Polynesian. Restaurateur Victor Bergeron rode the wave to build an empire of Pacific-themed restaurants.

Bergeron traveled the Pacific islands to collect items and décor that, at the time, had little market outside of the islands.

"Without tools like the internet, regular people relied on curated experiences like Trader Vic’s to learn more about the most remote corners of the world," wrote Us Magazine. "Today, the brand has letters from indigenous communities, authenticating and authorizing Vic’s collection."

At its peak, Trader Vic's had some 25 locations worldwide, many of them in partnership with Hilton hotels, which supported branches at the Beverly Hilton in Los Angeles (closed 2007), the Savoy Hilton in New York City (closed 1965), the Shamrock Hilton in Houston (closed 1986), and the Palmer House Hilton in Chicago (closed 2005). Many were replaced by sterile business bars or chain restaurants.

Today, despite a generational upswing in interest in tiki culture, there are just two Trader Vic's locations left in the United States (a standalone in Emeryville, California, which is also at risk; and one in the Hilton Atlanta), plus one franchise kiosk at the San Jose International Airport. The brand's presence is strongest in countries along the Persian Gulf, including in United Arab Emirates and Qatar.

Today, tiki has legions of fans who seek out the themed bars in the places where they can find them.

In 2020, the New York Times wrote about a modern "Tiki Revival" led by Millennials and Gen Z devotées who have reshaped tiki's affected exaggeration of midcentury imperialism with modern cultural sensitivities. The tiki of today doesn't purport to represent or exploit any specific Polynesian culture—it has evoloved into a lifestyle and a visual ethos of its own.

Patronage was no doubt sagging following the economic devastation of Covid-19. But given the global resurgence of tiki's popularity—even the infamously profit-obsessed Disney Parks added two "Trader Sam's" tiki bars to its U.S. resorts in 2011 and 2015, and they're always packed—you'd think that the accomplished marketers at Hilton would know how to leverage Trader Vic's powerful reputation to tap into the boom.

I make regular visits to Trader Vic's when I'm in London to update the Frommer's guidebook. In June, when I was in town for Queen Elizabeth II's Platinum Jubilee, the bartender took the time to give me a one-on-one barside education on various types of rums—a tiki mainstay—and even concocted a experimental off-menu cachaça batida made with a syrup derived from Earl Grey and green teas—an Englishified tiki drink, and emblematic of how modern cocktail culture complements tiki's inherent playfulness.

Corporate hotels are full of bland bars staffed by disinterested clock punchers—but Trader Vic's, a rare bar with a carefully tended atmosphere and heritage, is unlike almost any other.

Trader Vic's London is a crown jewel of tiki. When it's gone, something irreplaceable will have been destroyed—and for what? A failure to market what plenty of others are turning into tiki gold.

Update, Nov. 30: After Frommer's broke this news, fans of the restauarant/bar started a petition to protest the planned closure. As of Wednesday, November 30, the document had nearly 3,500 signatures. 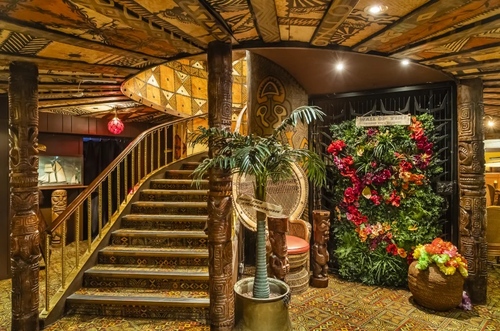