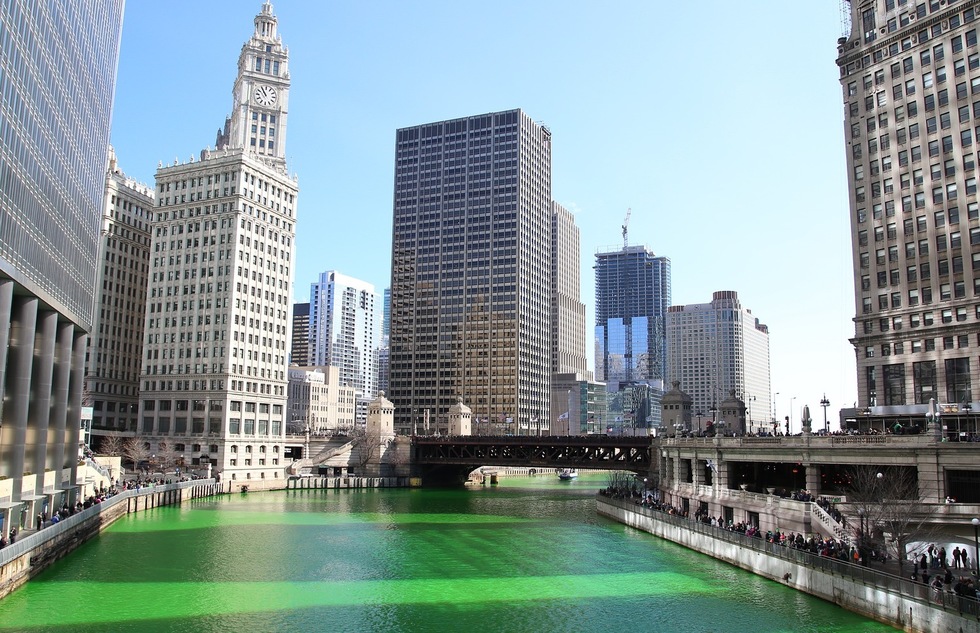 I’m Now One of Those People: A Traveler with an Airbnb Horror Story

I was heading to Chicago for work and an unrelated convention had sent hotel prices through the roof. To save a great deal of money, I decided to book a room in the apartment of a friendly-looking lady who has cats. (OK, the real reason was the cats—yes, I’m that kind of middle-aged woman.) I should have scanned the reviews more carefully, but I saw photos of a little black fur ball with sparkling green eyes and clicked "book."

The cats were cute. The lady who owned them…not so much. In fact, when I arrived, she seemed to be in the middle of a major chemical bender.

Questions about the Wi-Fi password induced gales of laughter, unbidden hugs, and incoherent phrases about how “aces” she was, but without the necessary verbs in any of her sentences. As she spiraled deeper into muddled hilarity, her boyfriend, watching TV at a volume that would drown out a jet engine, wordlessly glared at me. He was also quite high, but it was an angry high that sent a spike of fear into me.

When I was able to excuse myself, I ducked into my room, barricaded the door with my suitcase, and started reading the previous reviews for "Susan" (not her real name, of course). Bizarrely, about two-thirds were positive. But there were also ones recounting experiences similar to mine.

I wondered if I could still sleep there. And then I wondered why, if I was asking that question, I wasn’t just getting out of there.

I quickly booked another Airbnb, my own entire apartment this time. When Susan and her swain left the apartment, I crept out, terrified the boyfriend might get aggressive if he saw me hitting the road.

I asked Airbnb to refund my money on the aborted stay. But its response—to ask me why I hadn’t negotiated with Susan before I left—makes me wonder just how sustainable its business practice is if there is no acknowledgment that customers sometimes have to act to protect their own safety.

There have been attacks of Airbnb guests, and one apparent murder in Melbourne, Australia. What will be the tipping point when Airbnb starts policing its hosts more robustly? When will a review, or several reviews alleging bad behavior, like Susan has, provoke some kind of real response from the company?

I ask this with a touch of sadness because I know the majority of people renting rooms in their homes are just fine. Over the years, I’ve had lovely experiences sharing the homes of Airbnb hosts. There was Victoria, the delightful and loquacious ballet teacher whom I stayed with in Chicago five years ago. Efrain, the ultimate gentleman—every afternoon, he put fresh flowers in the Miami room I rented from him. And I loved Althea, a quirky Seattle artist whose apartment was filled with her sculptures and paintings; to this day, it is one of the most visually dynamic places I’ve ever stayed.

But in looking for their profiles again, I spotted a trend: None of those kindly hosts are still working with Airbnb. Their last reviews are from years ago.

I’m not implying that Airbnb is losing market share. In fact, its site is only growing year to year; according to the New York Times, the company had 46,000 hosts worldwide in 2017. I'm also not implying that Airbnb is inherently unsafe. But a growing percentage of hosts now manage many apartments at a time. They may not even be present. And the company is encouraging hosts to professionalize, accept instant bookings, and have hotel-like amenities. These who do so are often given the accolade of being a “Super Host.”

Which may mean that the type of people I originally met using the service—folks who had other full-time jobs but liked the idea of meeting travelers and making a bit extra on the side—may be dropping in the Airbnb ranks, replaced by disconnected hosts who operate like businesses instead.

That's a shame because everyday people with spare rooms are the most engaging hosts. They aren’t just there for the money. They have other lives that they could discuss, and thus serve as a bridge to the local community.

They were people who weren’t hosting out of desperation, as Susan clearly was. Apparently disabled by her addiction from doing some other form of work, she was cramming as many guests as possible into her apartment to stay afloat.

That’s not good for Susan, her hosts, or for Airbnb.

Update: Last night, a few hours after this blog was published, I received a request from Airbnb asking me to review "Susan." I checked a box, alleging that there had been big problems with the stay, and got an immediate response. Within three hours, I'd talked to a new customer service division of the company, filed a complaint, and received a refund.

I thought the company, once it routed my issue to the right person, was professional, speedy, and compassionate. I now think that perhaps its initial reaction, four days ago, may have been a fluke, or perhaps it highlights a training issue at Airbnb. Clearly if one gets through to the correct division, these issues are dealt with appropriately. I can't say this always happens, but my complaint fell through the cracks with the "Customer Support" team, but was dealt with speedily by the "Customer Experience" team.  It now falls on the company to better train all of its representatives so that serious complaints like mine can be dealt with at the moment they arise and not days later.
Hotels
Local Experiences
Vacations
Women