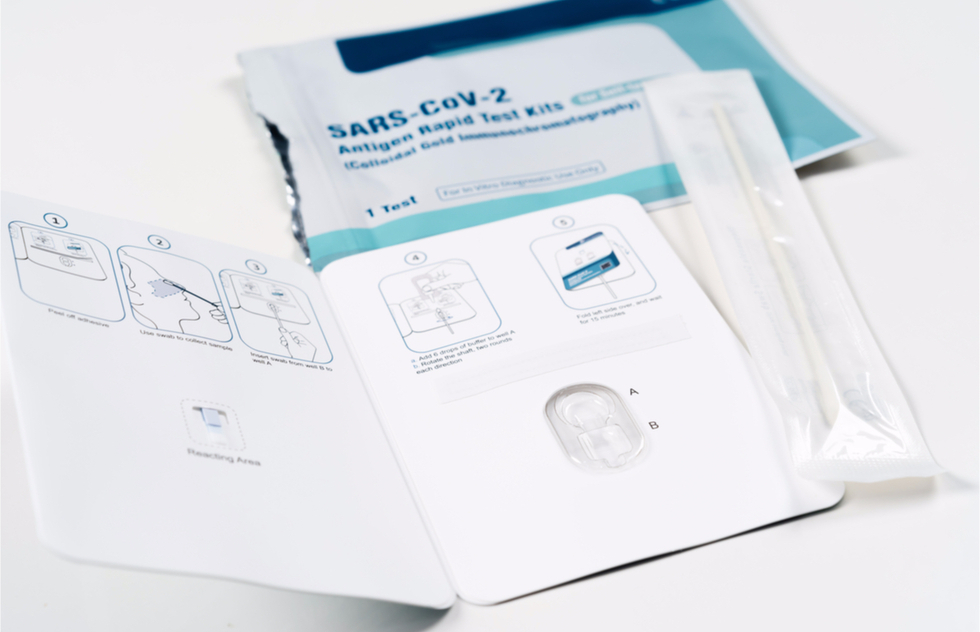 If You Need a Covid Test to Fly, Be Careful—Timing Is Everything

Update: As of December 6, 2021, the United States now requires the test to be taken no longer than one calendar day before travel to the United States begins. In many cases, that will give passengers slightly longer than 24 hours ahead to test. The types of tests accepted have not changed.

Dozens of countries, including the United States, now require each incoming air passenger to furnish a negative Covid-19 test taken no more than three days before travel.

But there's a pitfall in that directive, and unsuspecting passengers are falling into it.

Not that we can blame them. Most airlines have issued confusing instructions written in broad legalistic generalities and mired in a thicket of various possible test types—it's hard for a layperson to figure out which specific test to order for a particular destination, let alone where to obtain the test.

Sorting out those quandaries takes so much energy that many flyers are forgetting the equally important factor of exactly when to test.

In fact, on October 25, the U.S. Department of State issued new guidance about the timing of tests that could cause you to fumble the your paperwork when you go to another country. "If a traveler is departing for the United States at 10 PM on January 19, they would have to present a negative test result for a test that was taken any time after 12:01 AM on January 16," the State Department's official website says.

Three days? That may be the advice for entering the U.S., but it's not always accurate advice for leaving it.

Many other governments phrase the rule a little differently, stipulating that your entry test should be taken no more than 72 hours before departure. Since 72 hours equals three days, though, many passengers assume they'll have the same leeway as they have when they fly into the U.S. Those passengers mistakenly believe they can simply take their Covid-19 tests three days before their flights to other countries, and that will do it.

By law, some countries, including Canada, will require you to be turned away at the airline check-in counter if the test was taken more than 72 hours before takeoff, not three days before it.

Say your flight departing the U.S. leaves on Thursday. Monday is three days before that, but you can't just book any Covid-19 test for Monday. You have to take the flight time into account.

For a flight that departs at 3pm Thursday, then, you'd have to schedule a Covid-19 test that takes place at 3pm or later on Monday.

If you got a test on Monday morning, that was too early.

We have seen people's travel plans dissolve at the airport. Passengers insist they obtained their results three days ago, but check-in clerks have been instructed to reject any test taken more than 72 hours before the flight, which is not the same thing.

Sweet-talking the clerk will do nothing to surmount the local pandemic law in your destination. Rejected passengers must pay a change fee to find a later flight.

Fully understanding the slightly different timing requirements isn't the only pitfall, though.

There's another problem. You can be smart enough to get swabbed after the correct hour, but not all results will reward that precision, because not all results include the time you took the test. The date of the test is almost always listed with the result, but the time of the test's administration may not be.

And if agents can't verify that the time of the test was less than 72 hours prior, they may reject the result on the chance the test was taken earlier—even if it was taken on the third day before your flight.

How are you to know in advance if the facility administering your test plans to print the time of the test on the result?

Usually, you can't. And for travelers, that's a dilemma.

Here are a few ways to solve that.

1. Given the bureaucratic hassle of arranging a test, knowing whether the time will be listed is not usually easy to find out beforehand. The most reliable way to know is to check prior results obtained by friends or family, and if the time was printed on theirs, go to the same place to take your own test.

3. Get your test two days (not three) before your flight, when there will be no doubt that you got tested within the accepted time frame. The problem here is that although some tests from mass administrators, including Walgreens and CVS, are free or included in your health insurance coverage, the companies will usually only promise to return results in 48 to 72 hours, which could be cutting it awfully close. Granted, their estimates are usually pessimistic, and we've always gotten our results within a day or so, but it's a risk.

4. The alternative to a slow-to-process test that's covered by your insurance is the rapid test, which you pay extra for. Pay a premium for a rapid test, and you guarantee your result will come in on time (usually within 15 minutes). In that case, you can simply get tested the day before or the day of your flight. Many airports now partner with labs that can handle rapid same-day testing onsite or nearby. To find the appropriate lab, search "Covid testing" along with the three-letter code of the airport you'll be flying from. Make an appointment if you can, and make sure you show up at least three hours ahead of your flight to get the job done.

As frustrating as it is to have to pay extra for a rapid test specifically designed for travel, it's the best option because you'll know it will list the time and fall well within the necessary deadline—and because airport-based Covid testers specialize in travel, you'll also know it's the right type for your trip.

There's another reason to wait until the day of departure to take a rapid test: If your flight is delayed or you miss a connection, your result will be less likely to expire during the delay. The annals of 2021's painful travel tales are filling up with sob stories of passengers who had to track down a fresh Covid test at a foreign airport simply because their connecting takeoff times got pushed back.

Travel is expensive enough already, and it's annoying to have to add one more expense. But in the case of rapid testing, it's an expense that wards off snafus that could cost you even more.