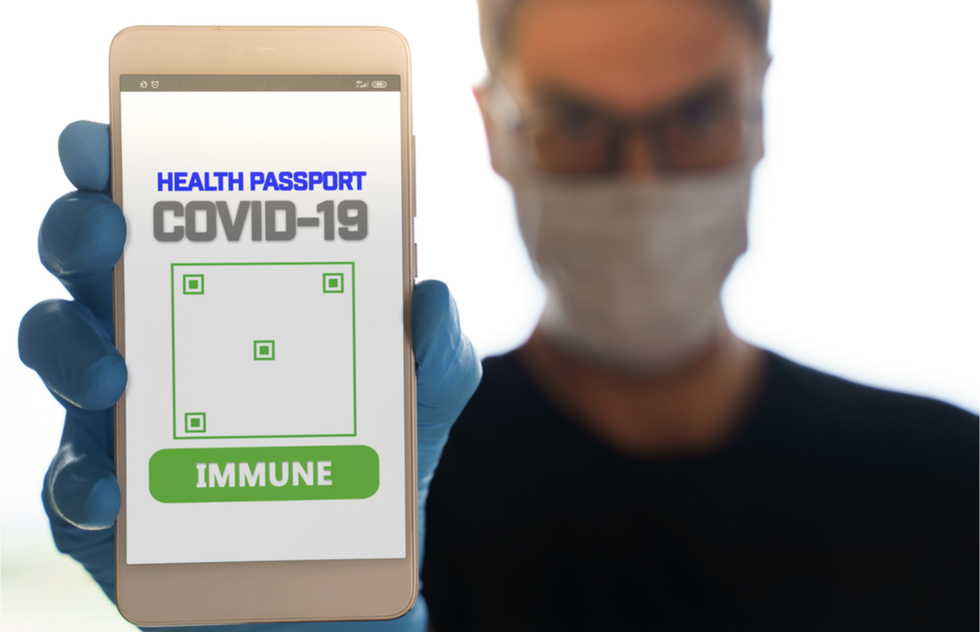 Immunity Passports Could Be Just Around the Corner

Since the onset of the pandemic, rumors of new forms of health identification or "immunity passports" have emerged periodically. But now it looks like a multinational trade organization and at least one major world government are on the verge of making such authorizations a reality.

Let's start with the multinational attempt first. Last week the International Air Transport Association (IATA) announced that it is in the last phase of developing a health pass system.

The "IATA Travel Pass will manage and verify the secure flow of necessary testing or vaccine information among governments, airlines, laboratories and travelers," according to a press release. The ambitious project would have to knit together a number of widely varying data collection systems.

It's still unclear what the pass would look like, but it will probably take the form of a mobile app for smartphones. In addition to sharing information among all the entities mentioned above, the pass would let users know how and where to get tested and help laboratories digitally certify test results.

Airlines would use the system to alert would-be passengers about test requirements for travel and verify that passengers have met those requirements.

The United Kingdom is already introducing a similar system—and this pass will definitely be app-based.

In fact, it will piggyback on the contact tracing app the government introduced in England and Wales on September 24. Like the apps available in about a quarter of U.S. states, the U.K. version alerts users when their smartphones come within close range of someone who has tested positive for Covid-19.

At a meeting late last week, Baroness Dido Harding, the head of the National Health Service's Test and Trace division, revealed that her team had come up with a way for the app to display vaccination status, too—once a vaccine is available, of course.

According to the Daily Mail, Harding's goal is "to be able to have a single record as a citizen of your test results and whether you've been vaccinated."

Eventually the app would be able to display an individualized bar code that users would show before boarding a plane, entering a theater or stadium, or going to their workplaces.

Let's hope that when one country has figured out how to make this sort of system work, the knowledge will get passed along to other nations.

Though travelers with concerns about civil liberties might balk at required vaccinations, it should be pointed out that this is not uncharted territory. Several countries already require proof of yellow fever vaccination for entry. The World Health Organization maintains a country-by-country list of those requirements.

One thing that remains unclear with regard to the systems being devised in response to Covid-19: How will they deal with travelers who contracted and recovered from the virus already and will therefore be at the end of the line for potential vaccinations? Will these planned passes also look at antibody levels? With the newer, more accurate antibody tests that have just been approved in the United States for distribution, it would make sense to fold that data in, though both IATA and the NHS haven't said much about what sorts of testing will be included in their systems.

Clearly, there's still much to be worked out. But it's heartening to know that not only do we have a vaccination on the horizon, but organizations are developing tools to help reboot travel.