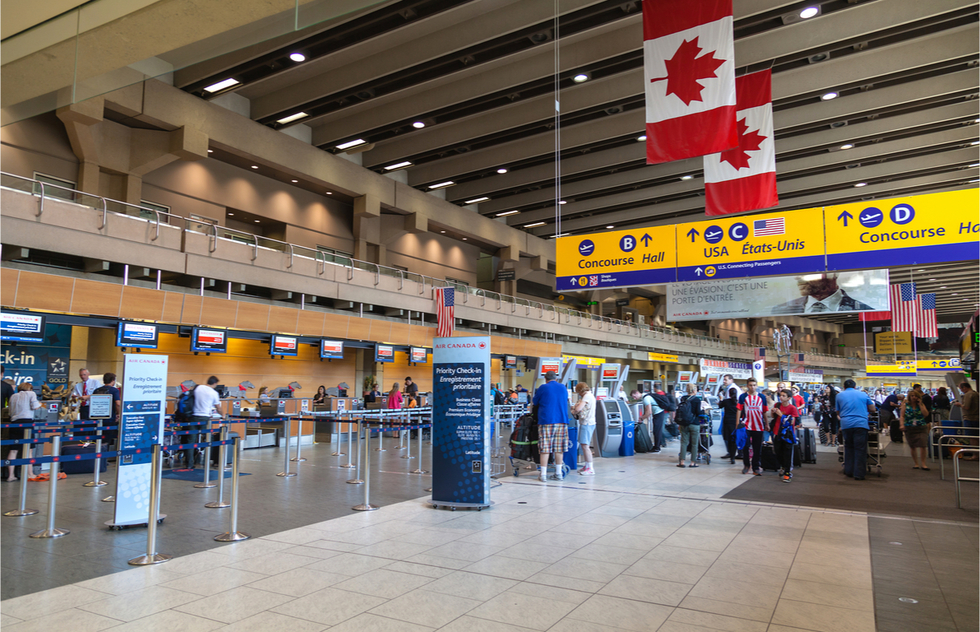 In a Trial to Rescue Travel, Canada to Test International Arrivals at One Airport

The multibillion-dollar problem for the travel industry right now is how travel will get back to normal.

For many, the solution could be summed up in three words: easily accessible testing.

Since most scientists are expecting it to take a good eight months to a year before a vaccine can be approved and widely distributed, testing is a stopgap measure that allows governments to curb the spread of the virus while opening travel without quarantine.

Canada has just announced such a program. Starting November 2, a pilot program at the Calgary International Airport (pictured above) and at the Coutts Land Crossing in southern Alberta will test all international arrivals with a test before customs clearance.

If the passenger is given a negative result, they will be able to enter Canada without quarantining, although they must promise to appear for a follow-up test within a week.

Since March, only 4 of Canada's airports—Toronto, Montreal, Calgary, and Vancouver—have accepted international flights, so it seems logical to assume that if the pilot program proves effective, it should be able to be expanded to the other gateways rapidly.

It’s important to note that this development does not necessarily mean that Canada's border with the United States is about to be reopened. In fact, on October 19 Canadian officials announced the border between the two countries would remain closed for at least another month.

Also this week, Canada’s procurement minister announced that the country has purchased 16 million rapid antigen tests, of which 100,000 have arrived.

We have no doubt the results of this trial will be watched quite closely by other countries that are eager to restart safe tourism.