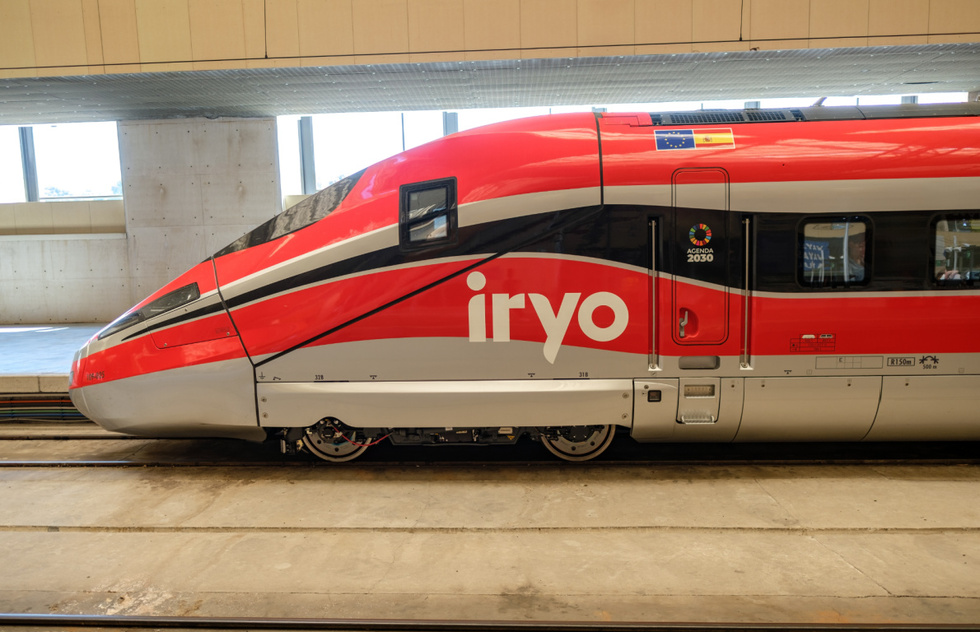 In Spain, Cheap High-Speed Rail Is Now the Norm

Last week a new company called Iryo launched fast train service between Madrid and Barcelona, with routes to Valencia, Seville, Málaga, Córdoba, and other Spanish cities scheduled to open in the coming months.

Traveling at speeds up to 360kph (224 mph), Iryo's trains can cover the roughly 600km (373 miles) between Spain's two most popular tourism hubs in under 3 hours. According to Iryo's website, 32 trains (16 each way) run between the cities every day, with at least one train leaving every hour.

Those four different brands make Spain the "first country in Europe" with so many high-speed competitors, according to CNN, which has dubbed Spain the continent's "rail capital."

More important for travelers, though, is the direction all that competition on the rails is sending ticket prices: downward.

Iryo's fares for one-way service between Madrid and Barcelona reportedly start at just €18 ($19)—though when we searched for reservations at Iryo's website, starting prices for one-way rides were more commonly around €30 ($31), which is still pretty affordable.

Not to mention Renfe's move to lower the price of commuter and medium-distance trips on its network this autumn all the way to zero. (The trip between Madrid and Barcelona wouldn't be eligible for that discount, FYI.)

The contrast with the state of rail travel in the United States couldn't be starker—or more depressing.

Ticket prices for Amtrak, the perennially underfunded and unprofitable national carrier, are often more expensive than plane tickets on some routes.

And rather than seeing their options expand, Amtrak riders are likely to encounter service cuts due to budget shortfalls and equipment failings.

Though the 2021 federal infrastructure bill promises to fund many overdue improvements, passenger rail service in the U.S. remains far behind other places in the world.