In this Holiday Season, Shouldn't We at Least Begin to Think of Measures that Will Ensure Proper Vacations for Low-Income Americans? 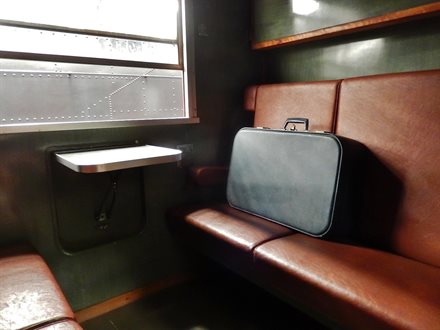 Although there isn't the slightest chance that the current Congress will pass such legislation, I continue to yearn for the day when we as a nation will assist the poor to travel.  In the spirit of the holiday season, let me set forth the reasons for my dream, repeating much of the same language I composed some 25 years ago.  That background is as follows:      While most of us enjoy the widely-recognized benefits of travel--the awesome beauties of an outside world, the broadening aspect of foreign cultures, the mind-tingling sense of human

possibilities--the same rewards are unavailable to persons of adult age who happen to be poor and living in the United States.       But should this be?  If the ability to enjoy rest and leisure is a human right--and it certainly is (see the Universal Declaration of Human Rights, quoted below)--shoudn't we concern ourselves with travel opportunities for the poor?      In Europe some sixty years ago, leading travel figures began meeting to discuss the contradiction between low income and the right to travel.  From these talks emerged an organization called the International Bureau for Social Tourism.  It continues to exist today (as "ISTO", the International Social Tourism Organization), and though its work may seem a bit simple, it is of remarkable importance.      *The vacation itself:  The Organization advocates, first, for the fundamental right of a yearly paid vacation by people of all income strata.  Sounds self-evident, doesn't it?  Yet in an America that mandates the minimum wage and the 40-hour week, no law protects the right to a paid vacation, and numerous low-income people fail to receive one.  We appear to pay no heed to that statement in the UN's Universal Declaration of Human Rights (Article 24) that "everyone has the right to rest and leisure, including reasonable limitation of working hours and periodic holidays with pay".         *Access to the vacation:  The European organization seeks to persuade governments, owners of the railroads, to provide poor people with a free or drastically reduced round-trip rail ticket, once a year, to a vacation destination.  That brings a proper vacation into the financial reach of a great many of the poor, but at no cost to their railroad systems.      *A fulfilling vacation.  The Organization promotes the construction and operation of dignified, low-cost "vacation villages" in seaside and mountain areas, by political parties of both the left and right, by labor unions and philanthropic societies.      *Filling unused accommodations.  They enroll farmers with large and partially underutilized homes, or educational institutions with vacated residence halls, to list those facilities for holiday use by the poor, at low rate.      *A host of other measures:  They develop camping facilities--the cheapest form of meaningful travel--and caravaning, issue reduced-price travel vouchers and credit facilities for travel by the poor.     By now, you undoubtedly have questions.      First, isn't social tourism a form of subsidized tourism?  Of course it is--but so is "commercial tourism".      When the non-poor travel, who pays for the highways on which they drive their cars?  Who funds the aviation authorities that secure the safety of their landing fields and flight paths?  Who maintains the port facilities, docks and marinas at which they park their boats?      Because the taxpayer is already so heavily supporting travel by middle-income and high-income Americans, common justice requires that at least some resources be spent on travel by the poor.  Call me a star-gazer, but I believe in "social tourism".  And someday we'll follow the lead of the several European countries that have adopted at least some measures of tourism for the poor.