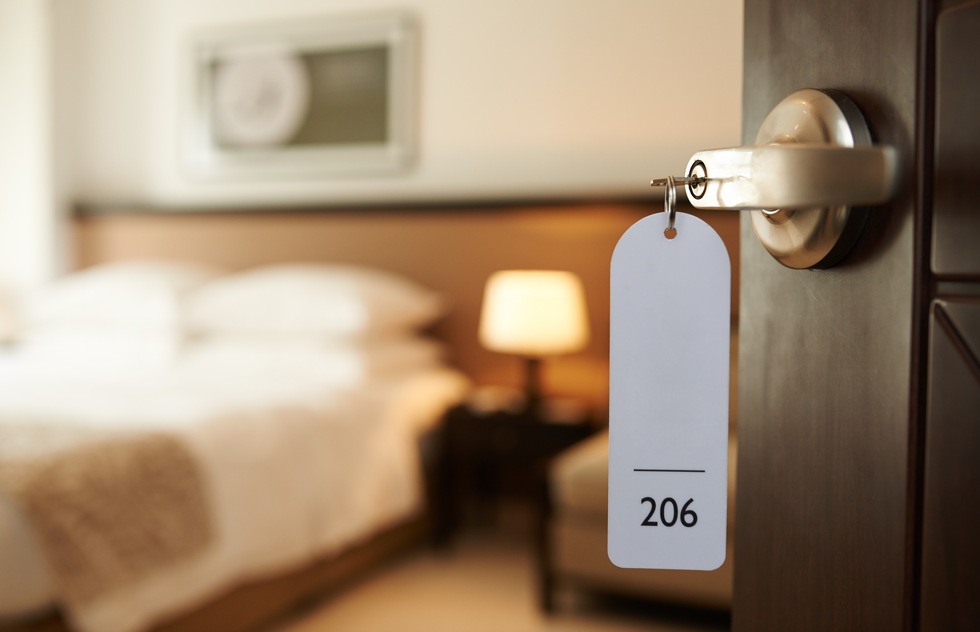 Help has arrived for travelers hoping to book affordable hotel rooms. But people won’t be turning to a website for that aid. Surprisingly, they'll use Instagram.

The trip-planning app Tripscout just launched what has potential to be a game-changing new social media business called @hotel. It’s rough around the edges—very—but for the most part, it seems to be able to deliver on its promise to significantly undercut hotel rates found on other search engines. And it’s only able to do that because it’s the first booker to launch exclusively on Instagram rather than on a traditional website.

Here’s why that’s important: When a hotel secures representation by major online travel agencies (OTAs), it contractually agrees not to sell lower rates through rival websites. So a minimum price is set, but it’s higher than it needs to be because hotels must pad the price with commissions to the OTAs.

By working via Instagram, which is an app and not a search engine, @hotel never runs afoul of those contractual agreements.

Instead, its users research cheap hotels via Instagram’s messaging platform—which can’t be searched from the outside and therefore doesn't compete openly. When people send a direct message to @hotel that contains the word "hotel," a chatbot will send them a private access link.

Because @hotel takes a lower commission than the big guys do, its hotel prices (according to Tripscout) can sometimes be 50% to 70% lower than they are elsewhere—although in my tests, I found discounts of 15% to 25% were more common.

My results were sometimes, though not always, damn good. Some examples:

• A mid-July trip to the Hampton Inn in Cleveland, which @hotel found for $136/night, including tax, while other websites quoted a minimum of $217

• A last-minute June visit to the all-inclusive Occidental at Xcarat Resort in Playa del Carmen, Mexico, for which @hotel’s tax-inclusive rate was just $330 as compared to the $529 I found elsewhere

Does @hotel always win? No. I found it offered the lowest price about 80% of the time. Sometimes, it lost to the competition by a hair (such as when it was $5 pricier for an early July stay in Dijon, France), sometimes by a truckload (as when it wanted to charge a full $200 more than Booking.com for the Fives Beach Hotel and Residence in Playa del Carmen).

Often, the discounts looked like they were going to be better than they turned out to be. Sometimes, unusually high taxes were added to the final tally, bringing the price closer to the competition’s. In fact, in about a third of the cases, TripScout paired a lower nightly rate with a higher tax than the competition's.

When I asked TripScout CEO Konrad Waliszewski about this strange anomaly, he said that he thought that some taxes might be based on the original price the room was listed for and not @hotel's lower rate, though he wasn’t sure. He’s said he’ll get back to me, and I’ll update this post when he does.

That was just one of the major frustrations of test driving this new service, as was the helter-skelter way the information is delivered. I kept seeing the same photo used for different properties. Too often, a generic photo of a hotel room was used, without an explanation that it wasn’t actually of the place in question.

And in too many cases, the site appeared to exaggerate how much money the hotel room usually went for, or at least in comparison to rates I found elsewhere, making the discount seem deeper than it was.

In addition, key info about the property was often left out. One of the Mexican resorts I looked at wasn’t clearly marked as an all-inclusive. And when I searched for a room at the height of the season in Bar Harbor, Maine, I realized @hotel was giving me a quote for a room with a bathroom down the hall after I found that quirk explained on all of the other websites that were selling the same property.

The @hotel portal is also littered with odd phrases (like the hotel amenity it classifies as "business installations"—if anyone knows what that is, I’ll give you a raise). Such messiness may make English-language users wary.

Waliszewski promises that the way hotel information is being delivered will be improved in the coming months. He told me that he'll be using TripScout's 100-plus social media accounts, and the folks who run them, to create state-of-the-art hotel content. This will eventually include, according to Waliszewski, custom-made videos of each property that @hotel users will be able to watch before booking.

But right now, he just wants to get people traveling. "Hotel prices are higher than they’ve ever been, so many people aren’t able to travel as much as they’d like because they can’t afford it. We want to help," he told me. "A lot of the way we designed this is to not just help people save more on the hotel they were going to book, but also to allow them to afford hotels they never thought they’d be able to afford to book."

I'll be keeping an eye on this new service.