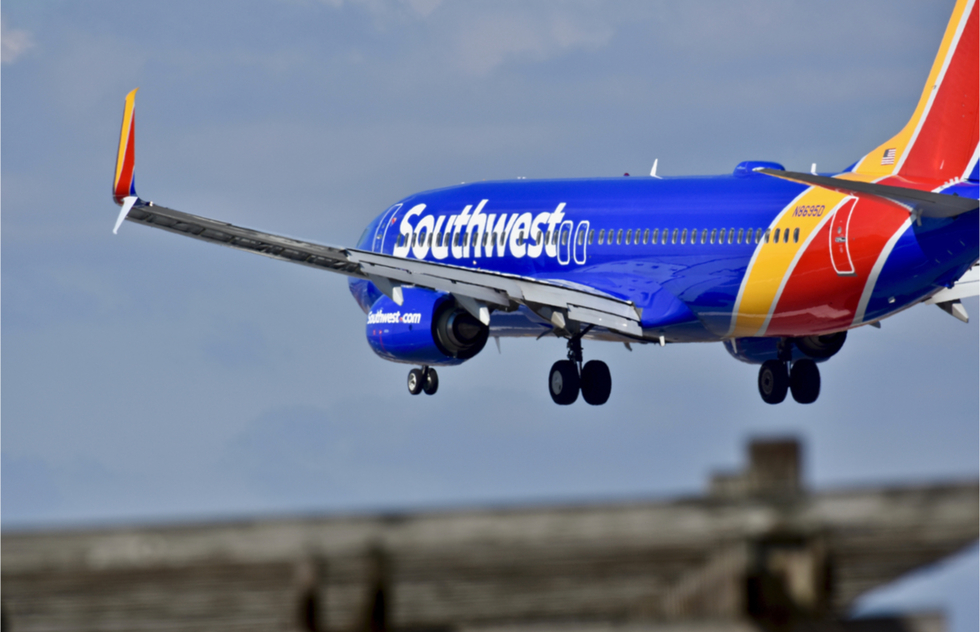 Is It Safe to Choose Southwest Airlines This Holiday Season?

On the weekend starting October 8, Southwest Airlines went into an operational meltdown, resulting in a shortage of pilots and flight attendants that, the airline says, necessitated the cancellation of some 2,200 flights over several days.

The Dallas Morning News, the airline's hometown newspaper, later reported that the Columbus Day cancellation tailspin cost Southwest Airlines $75 million. Typically for the corporation-obsessed business media, the loss was only calculated for the airline—no one paused to add up how much the mess cost everyday, hard-working customers in canceled vacations, aborted reunions, and shattered plans.

Another aspect the media got wrong: the cause.

While the airline swore the mess was caused by a snowball effect that started when inclement weather shifted its staffing resources out of balance, some right-leaning news outlets seized upon the shutdowns to score political points, claiming the airlines' workers unions were penalizing their employer for announcing a vaccine mandate for staff.

"The company and the Southwest Airlines Pilots Union have adamantly denied that," reports the Dallas Morning News.

Either way, something was very wrong with Southwest's reliability.

And the lingering confusion about what happened still begs the question: Could it happen again?

After all, just a few months earlier, Southwest stumbled through a previous scheduling disaster of a different sort when two sets of computer issues caused the airline to ground or delay hundreds of flights during the peak summer travel season.

From tech issues to missing staff to a brewing worker's revolution, Southwest Airlines keeps getting tangled in the repercussions of preventable circumstances.

The management of the airline in 2021 seems to bear little connection to the savvy foresight shown by the Southwest of 15 years ago, when the brand soared in value and topped customer satisfaction polls, partly thanks to the brilliant stroke of pre-buying fuel at considerable savings.

Those days are long gone. For months, Southwest has been suffering from staffing breakdowns and employee protests of overwork, forcing it to take the drastic step of curtailing its schedule.

Is Southwest a safe choice for holiday travel, or is there a chance the carrier will strand customers again in yet another system collapse?

To answer that question, we need assurances from both the airline and its workers.

We're not getting them.

Take this headline from the Wall Street Journal's October 12 edition: "Southwest Pilots Warn Fatigue, Frustration Could Fuel Further Outages." Lest you wonder if that headline is just more media spin, Southwest's pilots union has implied endorsement of the article by linking to it from the group's own home page.

Also, just before the Columbus Day weekend meltdown, some Southwest employees had gone to court to try to stop the airline from its plan to place unvaccinated staff on unpaid leave, and that issue remains essentially unresolved.

Last week, Southwest decided to pull back from that order. Staff with medical exceptions that prohibit them from taking the vaccine will not be placed on leave as originally announced, but Southwest has not decided whether unvaccinated workers will be permitted to mingle with customers, saying the policy decision is pending "as we coordinate with them on meeting the requirements (vaccine or valid accommodation)."

There is more trouble on the horizon, too: Southwest's CEO, Gary Kelly, has said that only half of Southwest's employees have reported their vaccination status (United Airlines, on the other hand, reports a 99% vaccination rate among workers and Delta Air Lines is at 90%).

Although all new hires at Southwest are required to be jabbed, its overall low rate poses an existential problem for the financial health of the airline since all carriers must report full vaccination by December 8 or lose their government contracts. According to Kelly, the U.S. government is Southwest's biggest client. (Update, Nov. 6: The Biden Administration has delayed the deadline by 27 days to Jan. 4, after the holiday travel season has ended.)

American Airlines, which has not reported the overall vaccination rate of its staff, faces the same December 8 deadline over its own government contracts. American, too, has said it will not fire its non-compliant workers for the time being, but unlike Southwest, American hasn't endured a domino effect of cancellations over its own staffing troubles this autumn.

Still, the looming federal deadline threatens American with the specter of operational turbulence before the holidays, a situation made more tenuous by the fact that American's pilots union is waging its own war against management over how workers are treated.

Spirit Airlines, which went through its own cancellation hell earlier this year, has announced it intends to comply with the federal vaccination mandate for its employees.

With so much space between federal requirements and worker pushback, it's unclear how Southwest or American will be able to smoothly resolve the differences if neither faction gives.

"Our staffing is tight," Southwest CEO Kelly told CBS News. "We don't have the typical productivity from our staff. We have a number of people out on leave, attrition is higher than what we've experienced historically. Attendance is down."

In light of that, there's this to consider: Southwest Airlines has one of the shortest turnaround times in the business. Its jets regularly land, are emptied, and readied again for takeoff in the span of an hour—a rigorous schedule that leaves little room for error or slowdowns. The more aircraft are delayed, the more likely the entire system will be affected when crews are no longer where they were expected to be.

Although Kelly claims Southwest is "well prepared to serve our customers here in the fourth quarter and over the holidays," the evidence so far doesn't lend that statement strong credence.