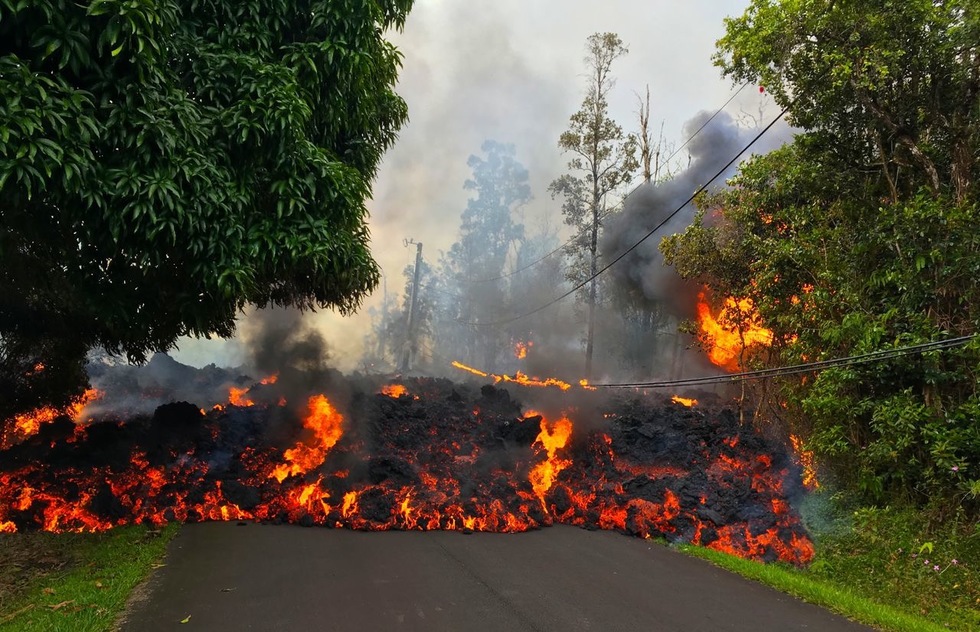 Is it Safe to Travel to Hawaii in the Coming Months? What Travelers Need to Know

It has been a year of dramatic news stories, but few can top the volcanic eruptions that continue to devastate portions of Hawaii’s Big Island. In just the last few weeks, entire communities have been forced to evacuate due to fissures belching lava, a flow that has destroyed some 40 structures at last count.

Needless to say, now is not the time to head to the affected areas in the southeast of the Big Island, specifically Pahoa Town, Puna, and Volcanoes National Park (which is now temporarily closed to visitors). But what about other parts of the Big Island and of the rest of Hawaii?

Many officials are urging people to continue traveling there. On May 14, Leslie Gordon, spokesperson for the U.S. Geological Survey, told the Los Angeles Times, “The hazard is pretty localized just to Kilauea Volcano. Not to the rest of the island and certainly not to the rest of the state.”

Her statement is backed up by another one just released by Hawaiian Governor David Ige: “We have heard from people around the world concerned about Hawaii’s welfare and want to reassure everyone that this is limited to a remote region on the slopes of Kilauea volcano. Everywhere else in the Hawaiian Islands is not affected.”

But when a situation is as volatile as this one, some caution is advised. What are the issues connected to volcanic eruptions and how should visitors, and would-be visitors, react?

Vog: Volcanic smog, known as vog, is the hazard most likely to affect visitors. Made up primarily of water vapors, sulfur dioxide gas, and oxygen, it can be lethal when inhaled in high concentrations, and in lower amounts it can cause coughing and make breathing difficult, especially for asthma sufferers and those with other respiratory ailments. At this point, the highest density of vog is on the Big Island’s south side. The Big Island’s resort communities of Kona and Waimea are roughly 100 miles away from the lava flow and so they have experienced minimal air quality issues. Some vog, however, has blown out to sea and has been reported as far away as Oahu, though not in dangerous amounts. The Environmental Protection Agency tracks air conditions at https://airnow.gov. It is currently listing the air quality throughout the islands as “good,” with the exception of the southwest corner of the Big Island, the area of the eruptions.

Earthquakes: The Big Island experienced a 6.9 earthquake on May 4, its largest in more than 40 years. The shocks were so strong that they could be felt—mildly—throughout the archipelago. The island did not sustain major damage from this quake, nor from the other smaller quakes it has been experiencing. It's highly unlikely that a quake on the Big Island would cause mayhem on the other islands; they’re simply too spread out (Oahu is more than 200 miles away from the Big Island).

Air travel disruptions: As you may remember from 2010, when ash from an Icelandic eruption grounded flights across Europe for weeks, eruptions can be problematic for air travel. At this stage, the plume has not interfered with flights, nor have any airlines issued advisories about the situation. And interestingly, the major insurance companies seem to be betting that only the Big Island will be affected in the coming months. Dan Durazo, spokesperson for Allianz Travel Insurance, says, "At this time, we do not consider travel disruptions to other islands in Hawaii to be foreseeable, so travelers with trips planned to the other islands may be covered [by travel insurance] for unforeseen events that may impact their travel. As the situation in Hawaii is changing rapidly, this advice is subject to change." (Update May 17: The volcano is now emitting a steady and thick cloud of ash, but at this point air travel remains unaffected. We'll continue to monitor the situation here.)

Laze: On Sunday, May 20th a massive stream of lava hit the ocean creating this other hazard. Laze is the steam cloud that occurs when lava hits the ocean, and it can be nasty, carrying in it volcanic glass particles and hydrochloric acid. It can cause irritation to the eyes and lungs, and, in the worst cases, death. Because of that, the coast guard is closing off the ocean for 300 meters from the entry point out into open ocean. Because of trade winds, Laze is only affecting the area in the direct vicinity of the lava's entrance into the ocean, at this point.

These worries, and others, are convincing some travelers to nix plans for Hawaiian travel in the coming months. According to Ross Birch, Executive Director of the Big Island Tourist Board, cancellations for travel between May and July have led to losses of at least $5 million so far. Other parts of the state also report a slowdown of bookings for the coming months.

For those who like to make lemonade, now could be a wonderful time to find a deal to this island paradise. Recently, Alaska Airlines had a sale on flights between Seattle and Hilo, offering less than $300 round-trip. That sale is now over, but my guess is that it will be the first of many.

And it certainly will be less expensive to travel in the near future than it will once the volcano calms, Volcanoes National Park reopens, and the crowds stream in to see what the eruptions have wrought.
Cruise
Cruises
Honeymoons
National Parks
Vacations