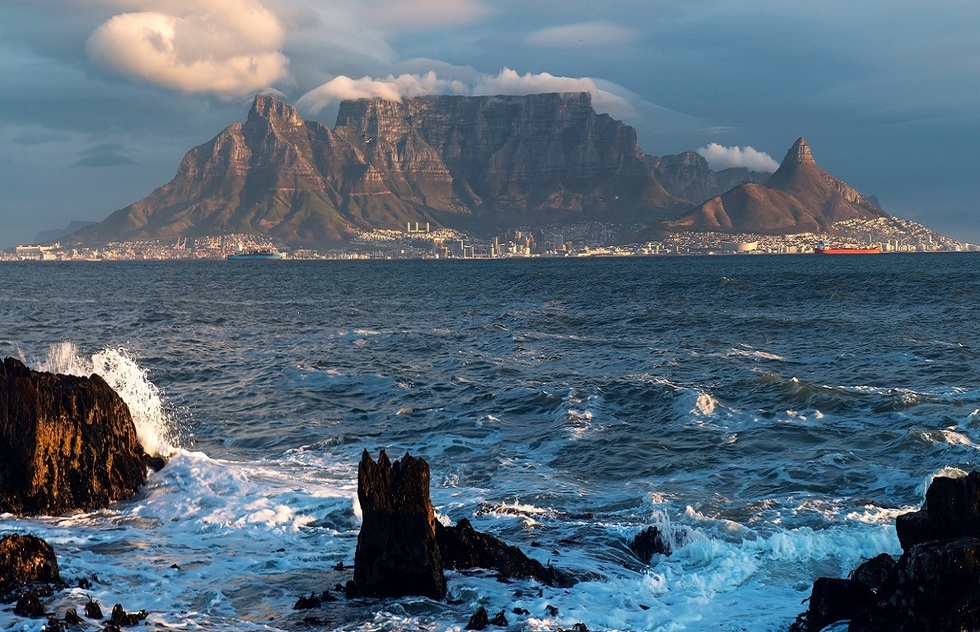 Is It Safe to Vacation in Cape Town Once the Water Runs Out?

We have never been here before. A major world city is about to run out of fresh water.

On April 12, the drought-stricken city of Cape Town, on the southwestern tip of Africa, hits Day Zero. That's when the reservoir levels drop too low, taps run dry, and water must be trucked in.

How we reached this point is important. While climate change dramatically reduced rainfall in the Mediterranean climate of South Africa's Western Cape province, the local bureaucracy dragged its feet on enacting sensible conservation measures and building desalination plants that would avert disaster.
advertisement

From a tourism standpoint, there are two major concerns about whether to take a Cape Town vacation. One is whether visitors will go thirsty. The answer, loud and clear, seems to be no. Protecting the city's tourism industry is a high priority, and major hotels will be at the front of the line for their water rations. Businesses in the center of town, including hotels, will not have their taps cut off as often as those in the suburbs, and neither will hospitals.

Most tourists will have no trouble complying with reduced water consumption measures, either. Hotel bathtubs have had their stoppers removed, for example, swimming pools will not be refilled, and visitors are requested to keep their showers to two minutes.
advertisement

That part is easy. But these concerns go far beyond whether Capetonians will politely let it mellow if it's yellow.

The deeper concern is for safety. Will tourists caught in this crisis remain safe?

And on that point, I must be honest: No one knows.

I love Cape Town. I have lived there, and I have visited as recently as last year. It's one of the most truly magical locations on a planet where the word "magical" is overused. But I also recognize that, socially speaking, the city has long lived on a knife's edge.
advertisement

South Africa struggles to provide a secure environment under the best of circumstances. The gulf between the rich, who toast wine in seafront villas, and the poor, who live in shantytowns made of cardboard, is extreme.

One of the miracles of Nelson Mandela's leadership was that he managed to forge social stability in a society riven by such grievous inequality. But now he is gone, and many South Africans weren't even alive when he was around to inspire the country. Throw in a dramatic removal of a basic life necessity, and we have a situation never seen before—at least outside of wartime.
advertisement

There is no telling how people will react, or what bottled social pressures this could uncork.

There will be 200 water distribution points spread around the metropolitan area. But the population of the same region is about 3.75 million. That means each water distribution point will serve about 20,000 people—all of them thirsty, some of them desperate, most of them waiting in line daily with empty containers. Each person will be allowed just 25 liters (6.6 gallons) a day.

Tourists won't be a part of that. But the potential for unrest and resentment is extreme. The government has already announced that it will deploy the South African National Defence Force (SANDF) and South African Police Service to man the collection points. Many of the poorest communities already suffer from a lack of proper plumbing infrastructure. If resources are perceived as being unequally allocated to rich and poor, white and black, the delicate balance could be upset.
advertisement

Most of the news that filters to the outside world about the crisis is about the city of Cape Town. But while most reservoirs in the Western Cape and Eastern Cape are at lower-than-normal levels, not all the area shortages are as dramatic as Cape Town's. If you intend to vacation in some of the famous winelands that are located one to two hours east and northeast of the main city—places like Tulbagh or Worcester—they will suffer smaller grape yields but are in better shape, as this official drought map illustrates.
advertisement
A friend who operates a guesthouse in the winelands emphatically tells me that his region remains open for tourism. As visitors cancel plans to stay in the region, he will need and welcome the business more than ever.

But is it safe to vacation in the middle of the city? As much as it pains me to say this given my love affair with Cape Town, I have to advise hanging back for a few weeks after April 12 to see what unfolds. By May, we should know how the populace is weathering the crisis. June through September are the winter months in that part of the world, and by that time rainfall usually increases—although in recent years, it hasn't been enough to end the drought entirely.
advertisement

Keep your eye on Cape Town. And keep in mind that this incredible city has been through worse times.


Update, February 20: Based on extreme water conservation measures, authorities have pushed "Day Zero" to July 9, but the situation remains dire with no reprieve in sight.
Arts and Culture
Food and Drink
Health, Insurance, Security
News