Legal Troubles on the Road? An Expert Weighs in on What Travelers Should Know and Do

Nobody wants to talk to a lawyer when on vacation, not even other lawyers. But there are times when travelers need legal help, so we spoke with Larry Bodine, the Editor in Chief of Lawyers.com (a consumer website that explains legal issues to regular people) about some common legal problems that can pop up on trips and their solutions.

Frommer: While I love staying in them, from a legal standpoint, vacation rentals can be trickier than hotels. Contracts have to be signed, deposits put down. What should travelers know going into a vacation rental situation? 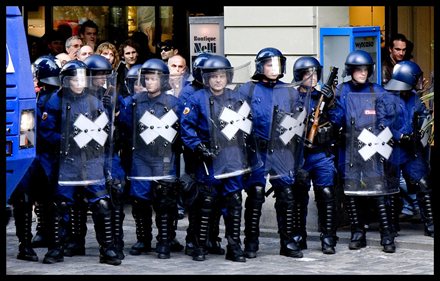 Bodine: The way to deal with problems is to prevent them in the first place. The document that you sign is going to govern everything, so instead of looking at it as a lot of paperwork, think of it as a roadmap for what you need to know as a renter. The key paragraph you want to have in that contract is one that spells out what happens if the apartment or home is not “fit for the intended purposes”. That’s the magic phrase. Generally, it’s assumed that the renter has the right to break the contract if the rental isn’t as advertised, but it’s even better if it’s spelled out. That way, you can ask for a discount or even a refund if what you’ve rented is very different from what was advertised.

And you want to protect your money by never paying up front in cash or by check. Instead, use a credit card or even Paypal so that you can dispute the charge if necessary. There’s a service called Deposit Guard (www.depositguard.com) which will hold your payment in a “neutral account” until the day after you check in. The owner will be notified that you’ve paid up, but he won’t get the money until after you’ve confirmed that the rental is what you thought it would be.

Frommer: We’re heard, in the past, from readers who have had trouble getting their security deposit back. What’s the solution here?

Bodine: Again, it’s best to be pro-active. Take a lot of pictures on your cellphone when you get to your rental, especially if there’s something wrong there, like a broken chair or a cracked mirror. That way, you can prove that you didn’t do the damage. I once rented a house that required me to clean the oven before I left. So I not only did so, but took pictures of me cleaning it, and took additional photos of the inside of the oven before and after the cleaning. Good that I did, because the landlord tried to stick me with a $300 cleaning fee. He waived it once I emailed him my photos.

Frommer: But what if that’s not enough to get your deposit back? Or what if you didn’t think to take photos because everything looked okay at the rental before you left?

Bodine: Then you’ll need to engage a local lawyer to fight on your behalf. I’ve found that just a simple letter from a lawyer or a phone call will do the trick. No landlord wants to get into a lawsuit. They usually just send the deposit back after they’ve been contacted. So you pay the lawyer about $100 (and you can find local lawyers on our site, Lawyers.com) and you get back your $1000 security deposit. It’s a good investment.

Frommer: Let’s move on to road trips. What recourse do you have if you’re pulled over for driving under the influence while on vacation?

Bodine: Well, let me say first that you shouldn’t drink too much and drive. There are calculators you can get that look at your gender, your height and weight and then calculate how many alcoholic beverages you can have in two hours. If you’re unclear about your limit, this is a great tool to get. In both the US and Canada, .08 is the magic number for blood alcohol level and you don’t want to go over that. Because truly, getting a DUI can really wreck your life.

Frommer: How can it wreck your life?

Bodine: In certain places, the punishments are very, very severe. In the U.S. state of Georgia, which has the harshest penalties in North America, getting convicted of a DUI could mean a year in jail, suspension of your license for a year, a $500 fine, and community service. In Canada, DUI is an indictable offense, punishable with a minimum $1000 fine, and up to a year in jail. So you want to get a lawyer working with you on this. They may not be able to prove that the tests of your sobriety were done wrongly (and there have been cases where breathalizers have malfunctioned recently), but they may be able to get your penalty reduced, especially if this is your first offence

Frommer: What should you know if you’re either the victim of a crime or charged with a crime when traveling overseas?

Bodine: Your first call should be to your country’s embassy. No ifs, ands or buts. A lot of travelers make the mistake of asking their hotel or tour company for help. That’s the wrong strategy because it’s against these entity’s business interests to have a crime on their record. So they may not give the most straightforward help and advice. The embassy will understand local laws, they’ll know who in the police department to call, and if necessary, they can introduce you to a local lawyer. Its important to get help as quickly as possible and I’ll give you an example why. If you’re charged with a crime in Mexico, you can be held for up to 48 hours before you’re charged and up to a year before you get a hearing. Having the embassy on your side can expedite that process.