"Mangia! Mangia!" May Soon No Longer Be Italy's Unofficial Slogan. The Changing Face of Italian Cuisine 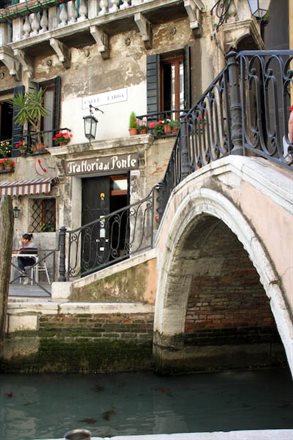 The Italians are eating very differently today. And so, too, will the visitor when he heads to “The Boot”.

That was the surprising revelation when I discussed Italian cuisine with Fred Plotkin, author of what is, arguably, the foodies “bible” to Italy, a three-inch thick book called “Italy for the Gourmet Traveler”. Its 5th edition is debuting in bookstores this month.

The changes have several impetuses according to Plotkin. “Obviously, the on-going recession has had a major effect on how Italians take their meals,” he notes. “In more prosperous times, when an Italian would go out to dine, he’d have several, small courses. Now, for lunch, he has what we’d call ‘fast food’ but what an Italian would call ‘slow food’. For example, he might content himself with a large and very filling bowl of soup. No more second course, skip the dessert. In certain ways, Italians are going back to the style of eating their ancestors had, though that bowl of soup will be more substantial today.”

And that means, according to Plotkin, that visitors going to Italy will encounter higher prices on soups and other first courses, because it’s now expected that that one dish will be the entire meal. Eleonora Baldwin, a widely published writer who lives in Rome (and will be one of the authors of the upcoming “Frommer’s Italy”, out in September) says that the types of restaurants that are in business are now different, as well. “We’re seeing far fewer really high end places opening, and that goes for what many of Italy’s top chefs are doing,” she says. “A lot of the more exciting, newer places are the moderate ones, because chefs know they have to keep their prices low to attract customers.”

Interestingly, its not just the recession that’s affecting Italy. It’s also the countries integration into the European Union and the larger global economy. “Italians can’t take the customary two-and-a-half hour lunch anymore,” Plotkin says with an audible sigh. “They have to conform to what their peers in businesses in other European countries, in Asia and in the Americas, do.” He’s quick to note that that hasn’t led to brusquer service. “Service is just as gracious as ever, and if you want to linger over a meal, they’ll let you,” Plotkin says. “But you’re likely to be asked how much time you have available for the meal. Restaurants have gotten better at meeting the customer’s quicker time schedules.”

Membership in the European Union also affects what’s set down on the table, both in Italian homes and in restaurants. “Italy has a much more sophisticated food culture than many other nations in the European Union, but the regulations that the EU imposes don’t allow for that,” explains Plotkin. “The EU, for example, doesn’t allow for the production of certain types of cheeses anymore, as they don’t conform with their standards. So they’re disappearing from the diet. In Northern Italy, there’s a type of ravioli with pork in it that can no longer be manufactured because the EU worries it’s not safe. Italians have been eating it for 500 years and no one has ever died! It really is quite sad what’s happening to many Italian specialties.”

Plotkin also worries about the fact that so many small farms in Italy have gone out of business in the last decade.  “Farm to table eating is still possible in Italy,” he says. “But it’s getting more difficult to accomplish, because so many small family farms are gone and others seem to be on the brink. I really worry what the future holds for Italy.”