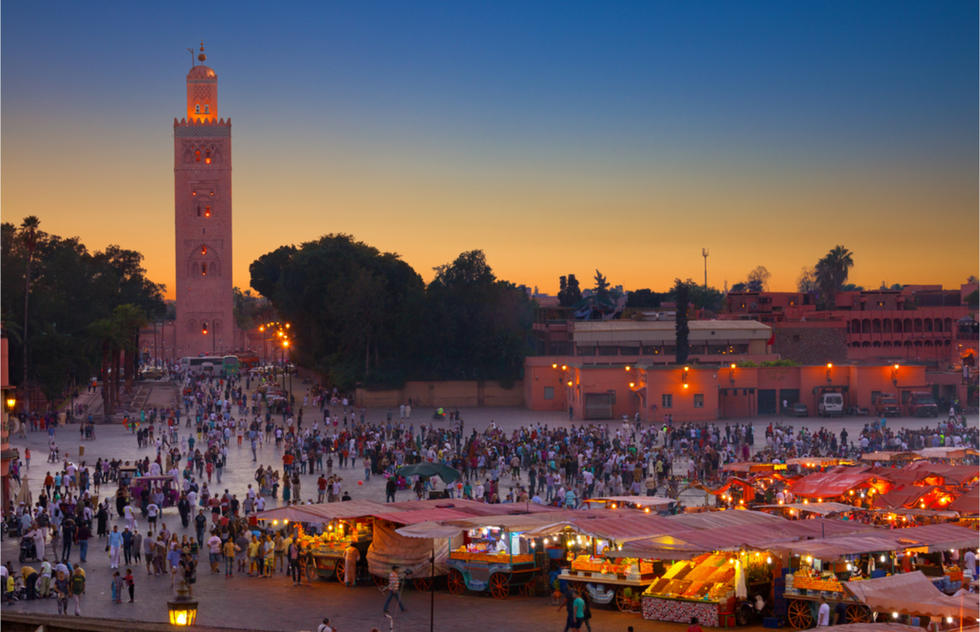 On September 6, Morocco's national air carrier, Royal Air Maroc, tweeted that "nationals of visa-exempt countries with an invitation from a Moroccan company or a confirmed hotel reservation can now have access to our flights to Morocco."

The United States is one of about 60 of those "visa-exempt" countries.

As long as that hotel reservation is accompanied by a Covid-19 test no older than 48 hours—and if you're American, good luck finding a test with that kind of turnaround—tourists may come.

It sounded like welcome news, and it was a move that citizens of Morocco had been begging for through protests. The northwestern African nation is desperate for tourists. In a normal year, it welcomes some 15 million visitors whose spending is a principal fuel for the Moroccan economy.

But just two days after that tweet, the Moroccan government issued a new series of sweeping strictures in an attempt to get a handle on flare-ups of Covid-19. Casablanca, the country's economic heart, entered a lockdown and closed schools on the very day they had been scheduled to reopen.

The U.S. State Department has retained its Level 3 warning to "reconsider travel" to Morocco right now. The government also warns: "The city of Casablanca currently has a curfew in place from 10:00 pm to 5:00 am, and those wishing to enter or depart the city limits must have a letter of permission issued by Moroccan authorities."

In Marrakech, which normally receives 3 million tourists a year, the boisterous Jamaa El Fna Square—normally bursting with musicians, vendors, and food stalls as in the photo above—is mostly empty these days, according to the Agence France-Presse wire service. Many of the stalls in the covered souks remain shuttered; there are no customers to court.

Across the country, viral testing laboratories are overwhelmed, as are hospitals. Medics are protesting the inadequate medical infrastructure. In the city of Meknes, Reuters reports, a hospital designated to treat Covid-19 had just three nurses and two doctors taking care of 120 afflicted patients.

Even though the Moroccan government has taken the optimistic move to greenlight tourism, the picture on the ground seems to be much graver.

The country finds itself in an extraordinarily difficult spot. Businesses are shut down because the pandemic has kept tourists away by law.

Now that the law has been changed to allow tourists again, businesses remain shut down because the outbreaks aren't over, so there's less for tourists to see.

Covid-19 tourism policies have become political—and they don't always reflect current medical advice. Morocco may have hung the shingle to welcome business again, but that doesn't mean visitors will experience the country they would have encountered just six months ago. And just because the government wants visitors to come doesn't mean that traveling there right now is a good idea.

The country is gambling that a partial reopening of borders will help the situation lean a little more toward economic normalcy. The wise tourist will wait a little while to see how that pans out.