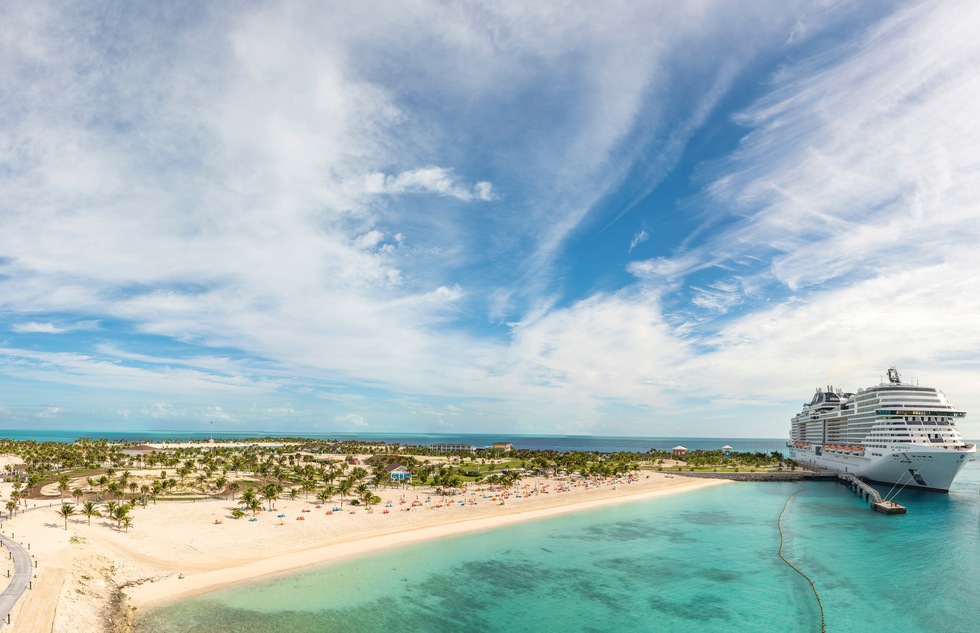 MSC Cruises is Expanding. Allow Its President to Introduce You to the Brand

If you've never heard of MSC Cruises, you're not alone. Though the company is now the third-largest cruise brand in the world, it's still relatively new to the United States market. So far, it has been limited to two ships sailing from Port Canaveral and Miami.

Until now, that is.

This week, the line announced some news: Beginning in the spring of 2023, MSC will start operating cruises year-round out of New York City.

Initially, the line will run three itineraries from the Big Apple. One will be to the Bahamas, a second heads to Bermuda, and a third up the East Coast to Canada. In the winter of 2023, MSC will add sailings from NYC to the Caribbean.

MSC seems to be trying to grab the title of fasting growing cruise company on the planet: It plans to add four new ships by 2025 and has six more on order for delivery by 2030.

I sat down with Rubén Rodríguez, President of MSC Cruises USA, to discuss the New York expansion, what makes the brand unique, and the line's upcoming plans.

I asked why MSC had chosen New York City as its next departure port. Instead of citing the area's large population or the capabilities of the Brooklyn port where its new ship, MSC Meraviglia, will dock, he launched into an appraisal of the New York spirit.

"New Yorkers already love our ships," he told me. "They're cosmopolitan, so they really appreciate the European nature of our cruises."

He was speaking not only about the ships' design aesthetic and the European products in their shops (including chocolate by Italy's Venchi, which makes fresh sweets on every voyage), but also of passengers that hail from a variety of countries.

"Parents get really excited when they pick up their kids from the kid's clubs and see that they're building friendships with children from around the globe. That's unusual for cruises that start in the United States," Rodríguez said.

New York is the United States' most important air gateway for Europe, so Rodríguez hopes that European passengers will fly to the city to embark and keep the international mix strong. 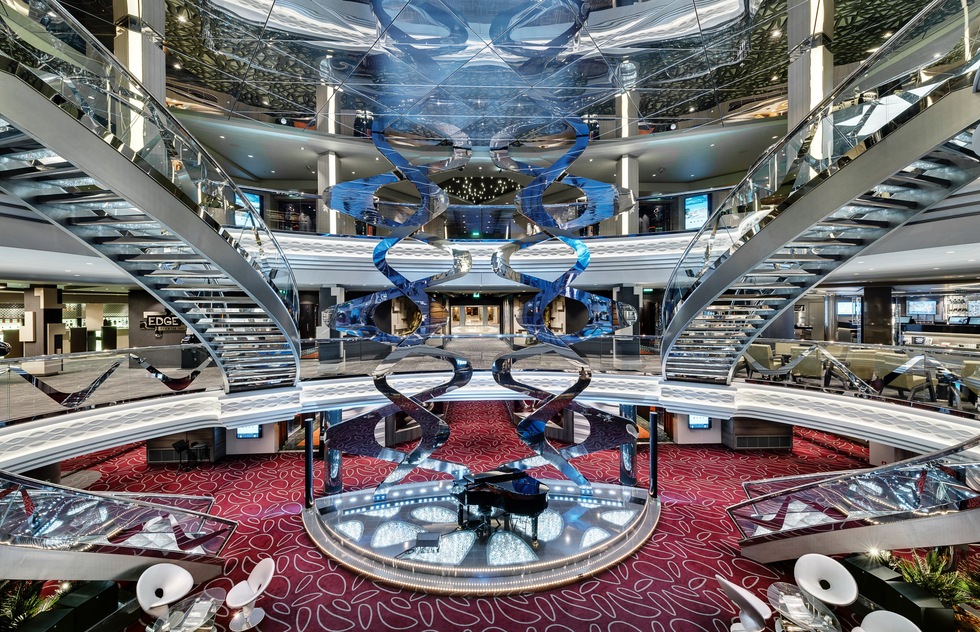 The Infinity Atrium aboard the MSC Meraviglia

I also asked about the optimism inherent in launching so many new ships at a time when the travel industry has taken a beating and cruise ships are finding it difficult to fill cabins. (Rival Crystal Cruises failed last month.)

Rodríguez cited the private, family ownership of the line, which allows MSC to engage in more "long-range planning" than publicly traded companies.

Rodríguez said his line is financially stable thanks to the wealth of its parent, the Mediterranean Shipping Company, the largest shipping container company in the world. He suggested that because of its shipping connection, MSC has suffered few of the supply chain issues that are bedeviling other companies, allowing it to speedily build and furnish all of the new vessels it is working on.

Mediterranean Shipping Company certainly has an abundance of experience when it comes to building seagoing vessels. "We've been doing this for 300 years, so we know how to build ships," he told me. That expertise, he said, has allowed the company not only to grow, but to do so in an ecologically conscious way.

MSC hopes to have a zero-emissions fleet by 2050, and toward that end, it is building ships that use liquid natural gas (LNG) rather than diesel, and it is equipping vessels with the latest technology for waste water management and exhaust fumes cleaning. Rumor has it that the line is working on a mega ship that will be wind-powered (now that would be a glorious throwback).

Environmental goals are also being kept in mind during the development of the private island that MSC will soon visit in the Bahamas. A former industrial sand excavation site, Ocean Cay (pictured at the top of the page) is now a marine reserve where the company is undertaking programs to restore the isle's ecology (including in the reefs surrounding it) and keeping development to a minimum.

Instead of making the private island a theme park-like experience, as other lines have done, guests will kayak, swim, and engage in other nature-based activities.

MSC is also innovating on the scheduling front, at least in the Mediterranean. Rodríguez claims that his is the only cruise line that allows embarkation and debarkation at every port on an itinerary so passengers can be flexible about where they start and end their vacations. If guests find that flying into, say, Barcelona is cheaper than flying into Athens, they can start and end their cruise in Spain and still see Greece along the way. There's no set start day or end day for any of MSC's Mediterranean offerings, so the people you meet poolside could change every day of a sailing. 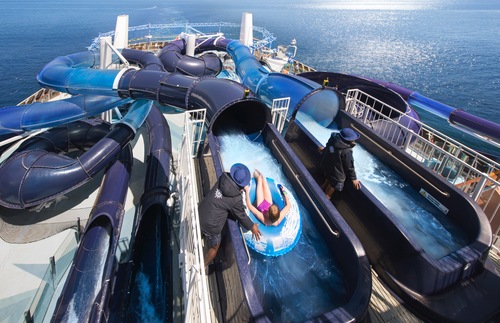 Water park aboard the MSC Meraviglia

I ended our interview by asking Rodríguez what cruising on the new Gotham-based MSC Meraviglia will be like.

He admitted that at first, passengers might have more room to spread out because bookings are still slow. But he felt that the core MSC experience had also changed because of the line's newest offering.

"[MSC Meraviglia] is our new signature ship, and 60% of it has been reimagined," he told me. "We have much more outdoor space for guests, including indoor-outdoor dining and a promenade on Deck 8 so that passengers can get closer to the sea than they can on the top deck. There's a greater variety of restaurant options including the new Tacos Cantina. We have a Times Square-like area off the casino with dueling pianos that passengers love. We now have 10 different types of staterooms to choose from—solo cabins, many balcony cabins, and a luxury ship within a ship with butler service, and its own restaurant, lounge, and pool areas."

He ended with what the ship won't have aboard: international chains represented by the restaurants, stores, and attractions.

"At the end of the day, we're a family-owned business, and the family wants to be able to control the quality of everything on the ship," he said. "So while we have a partnership with LEGO and [Italian toy company] Chicco for the kids' clubs, for the most part what you'll experience here is unique. We think that makes it a higher-quality experience."