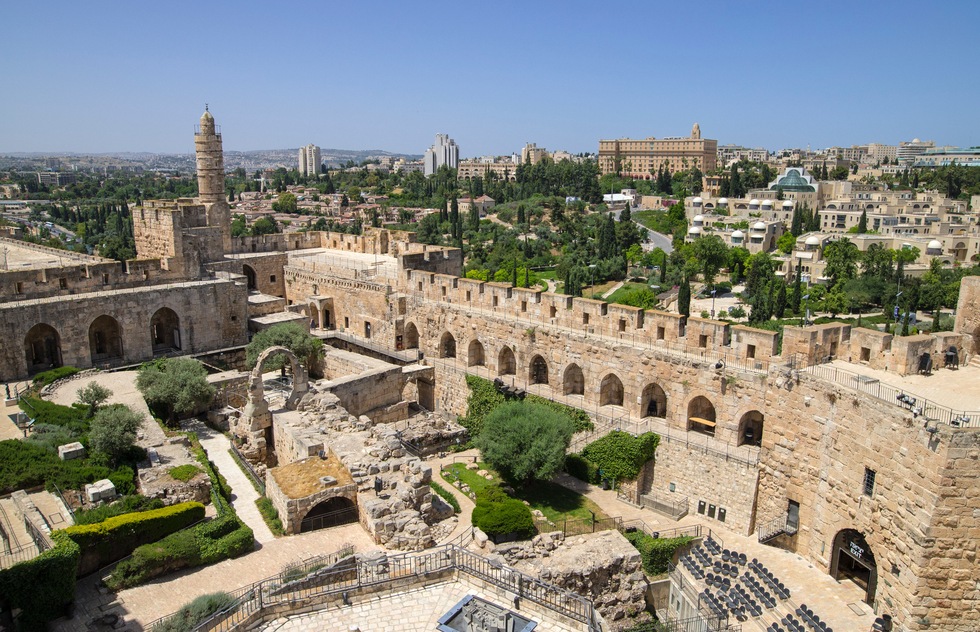 In January, the The Atlantic called Israel the "world's front-runner on vaccine distribution." Recently, it was able to not only lift many lockdown restrictions but also announce its government would be sharing 100,000 Moderna doses with friendly countries.

During its no-travel period, Israel was also unusually proactive in expanding some of its most important historic sites and museums for future visitors.

That includes one of the world's most sacred structures: the Western Wall. The holiest of all Jewish sites, it was built by King Herod in the period right before Jesus' birth. The structure still acts as a retaining wall for the Temple Mount, which is holy to Islam. To keep it strong, the wall needs to be shored up from time to time.

That's happening right now as workmen use syringes (see photo below) to inject dissolved stone into cracks to conserve ancient masonry. The work is being undertaken by engineers from the Western Wall Heritage Foundation and conservators from the Israel Antiquities Authority. 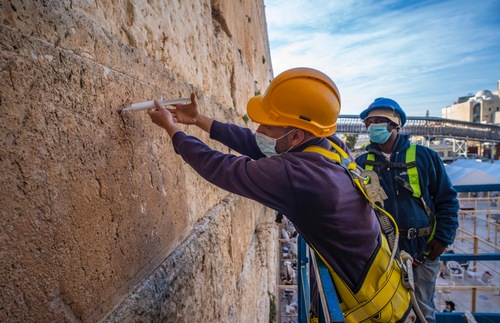 Visitors likely won't notice changes to the wall when they're eventually allowed to visit again. But not far away at the Tower of David Museum of the History of Jerusalem (pictured at the top of this post), a $40 million renewal and conservation project will result in a deeper, far more inclusive experience for tourists.

Starting in 2022, visitors will enter through a new pavilion near the 16th century Jaffa Gate (one of the portals to Jerusalem's Old City),  between the Crusader-era foundations of the Citadel and the Ottoman Empire-era fortifications. New ramps and elevators will allow easier access to the citadel (especially helpful for travelers with disabilities), and a new interactive exhibit on the 3,000-year history of Jerusalem will use state-of-the-art technology. 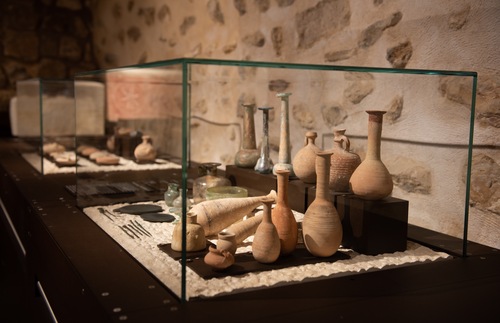 Another major museum—this one operated by the Franciscan Custody of the Holy Land (a branch of the larger order that's been in Jerusalem for about 800 years)—called the Terra Sancta Museum is expanding. Big time.

Devoted to Christian heritage (archaeological, historic, and artistic), two wings of the museum are already welcoming visitors by reservation. A third, which will include the Monastary of St. Savior, will house the "treasure of the Custody"—gifts presented by European royal courts over the centuries.

That's slated to partially open in 2022, but still another wing is coming on a yet-unannounced date. That one will be set in the archaeological section of the Monastery of the Flagellation and will spotlight archaeological finds from excavations of Franciscan sites at such places as Nazareth, Bethlehem, Capernaum, Magdala, and other places. 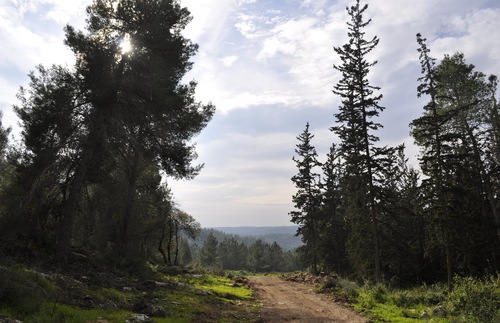 Outside of Jerusalem, the Emmaus Trail has been trod by pilgrims for centuries. Parts of it are described in the Bible's Gospel of Luke, in which apostles met the disguised Jesus and told him about his own resurrection.

Soon, walking the trail will be a fuller experience. That's because the Saxum Visitors Center, a Christian organization that helps people on pilgrimages to the Holy Land, is adding interpretive markers to the 18-km (11-mile) path. The signs will explain adjacent archeological sites, which include two monolithic tombs, a Roman-era pool, an ancient winepress and the ruins of a Byzantine basilica. Saxum has also announced a new guide booklet by Henri Gourinard, a lecturer in historical geography and history.

No word yet when both resources will be finished, but they're expected to be available starting this year.